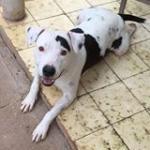 Hi Andrew, I couldn't agree more with your article. As a former C300/1DC owner, I love Canon's color science (especially for skin tones). And I was eagerly looking forward to the C300 Mark II. But

Money might be the only thing that will make Canon change anything. But there are still a lot of people praising and buying Canon for video - even DSLRs - and maybe things are starting to turn, but as