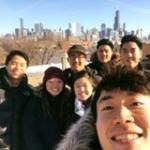 4K when edited in 1080 has so many uses I don't think I could go back.  Here's an example of a video I did last week. Shot and edited in one day. No color correction, to be viewed at the wedding.  The

In simple terms, it's possible to get decent reconstruction using statistical analysis (vs. simpler methods such as bilinear interpolation (which is easy to code and is very fast)). If one starts with

I find it best to put your imagination in the form of a sensor.  Each pixel of your eye sees either red, green or blue.   Keep this grid in mind for a 20x5 sensor R=Red, G=Green, B=Blue   RGRGRGRG