So I bit the bullet over the week and bought the filter. From what I had read the filters work by spreading the light around the image, which is different to simply using a low contrast lens I think. 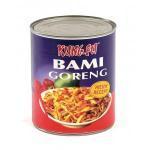 Here is a 2015 test comparing different strengths of Ultracon, low con etc... Some of the filters look drastic, but If you open multiple browser windows side x side and pause the test on Clean, Ultrac