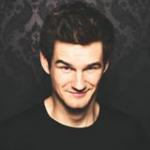 Hey Michal. I am glad someone has noticed this. I have all the rumors sites in my news feed and I visit some of the other blogs, the truth is these are majorly demotivating for me. It seems

I'm very happy with EOSHD being about gear, it's good to specialise and to have a niche to focus on. I love the tech, always will. From my own experience, I'm just not sure how much real value can be

Nice sentiment but I am little bit confused why you think the problem revolves around money and monetizing the blog. The reason I haven't been writing as many blog posts recently is because I'm d