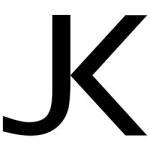 Yes, and if the F6 is designed properly, the noise of the microphone (regardless if dynamic or condenser) should be higher than the intrinsic noise of the F6. This way your noise performance is limite