This isn't HD - it's like a pirated stream at 360p.  That quality is absolutely terrible - my Canon XHA1 from 2008 shot better HD than this.  To release this as a "launch movie" is crazy. 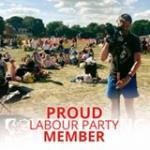 The official Canon intro video does demo and talk about this feature specifically as great "for vloggers" with no mention of selfies. Im a C100 and XC10 owner extremely bored of hearing the video

It'll deliver perfect color in a small package. For whatever reason, everybody needs their crappy looking 8 bit 4k haha.