Possibly giving up my Sony a7s for Samsung NX1

As the house is probably burning at night, AND the a7s cost more, I'd of course grab the Sony! 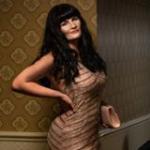 I'd probably think most of the "internet camera nerds" don't bother using lighting, or very little. Whether this comes down to shooting style/hobby/lack of interest... Don't know. I can be a camera ne