The headline features of this camera are a hinge behind the screen and WiFi.

It is really sad not to see something more exciting from Canon and Nikon to avert a dramatic year-on-year decline in DSLR sales. 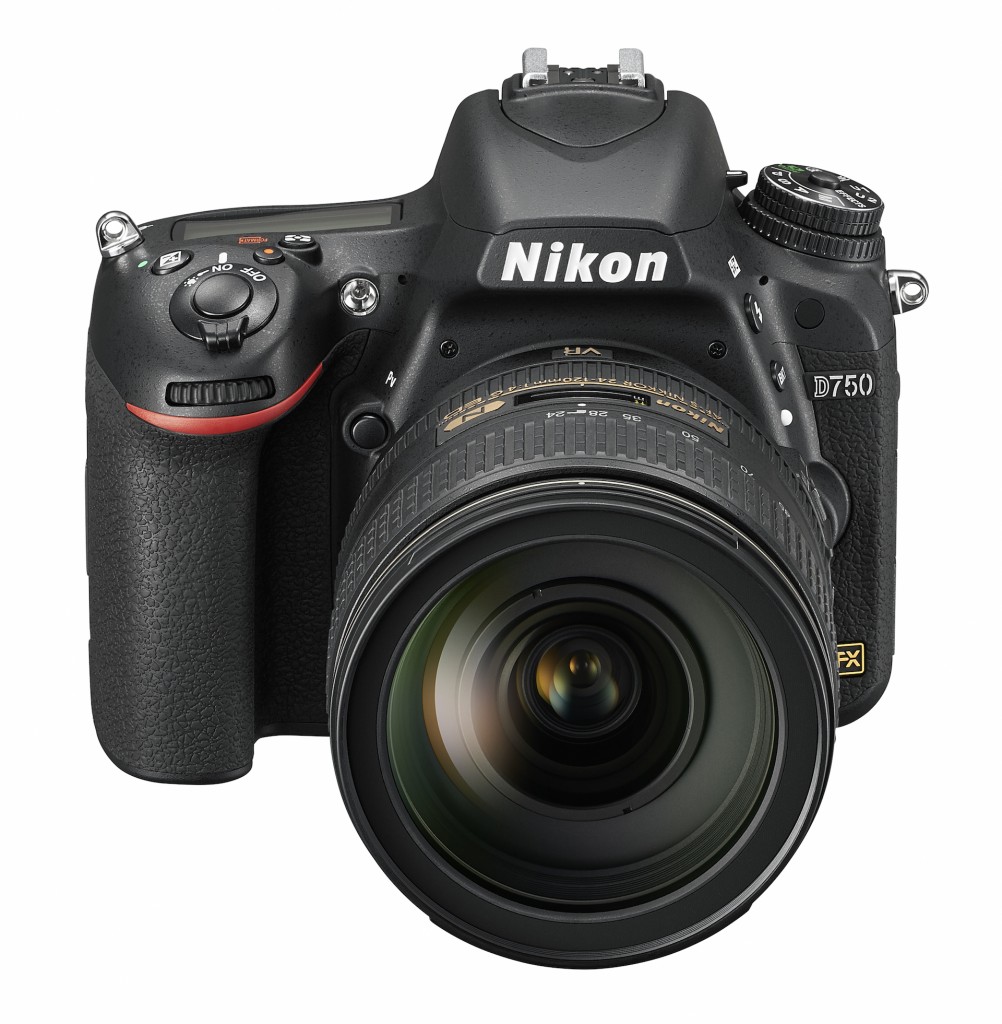 Thinking back, the last time a tilting screen warranted a whole exciting new model in the eyes of the manufacturer, it was the Canon 60D.

Depending on your perspective the Canon 60D was a 550D (T2i) with a tilting screen or a 7D with the build quality downgraded. Now Nikon users get to experience the same excitement with a camera that sits between the D610 and D810. Hold onto the edges of your seats people!

At risk of being seen as a brazen cash-in from the perspective of enthusiasts, the D750 adds absolutely nothing interesting for video users compared to the more advanced Sony A7S and Panasonic GH4. It lacks 4K, full pixel readout, LOG image profile, EVF, focus peaking, video optimised image stabilisation, high slow-mo frame rates such as 120fps and countless other important 2013-14 features. For stills it lacks the ergonomic fluidity and flow of the Fuji X-T1 as well as the amazing EVF, innovative X-Trans sensor technology and the good looks / small size. Then there is the Olympus E-M1 with that incredible 5 axis stabilisation and you wonder why people aren’t buying DSLRs any more?

The D750 has the same metering and AF system as the D810 but the price is almost as high. The D750 will cost $2300 body only, with the basic kit lens package starting at $3596. That’s a lot and I’m really struggling here to think what you’re getting over a camera like the Sony A7S or A7R. The A7S has the better low light performance and the A7R has a resolution advantage at 36MP, as well as the advantages of mirrorless technology.

With the D750 you get neither the top end low light or top resolution, yet you’re losing that extra functionality provided by an EVF, namely critical exposure and depth of field simulation. The EVF shows your final shot, an optical viewfinder does not. You cannot shoot video through the optical viewfinder on the D750. You can do so with an EVF. High end mirrorless cameras are no longer about ‘small size’ they are about performance and better functionality over a DSLR.

Nikon have updated the live-view experience on this camera so finally we can control the aperture in movie mode, without having to switch out of it and disable live view like on the D610. Yet the D800 had this ability since nearly 3 years ago and the Canon DSLRs since 2008! That it has taken Nikon this long to implement such a simple thing on a mid-range camera is astonishing and mind-boggling. 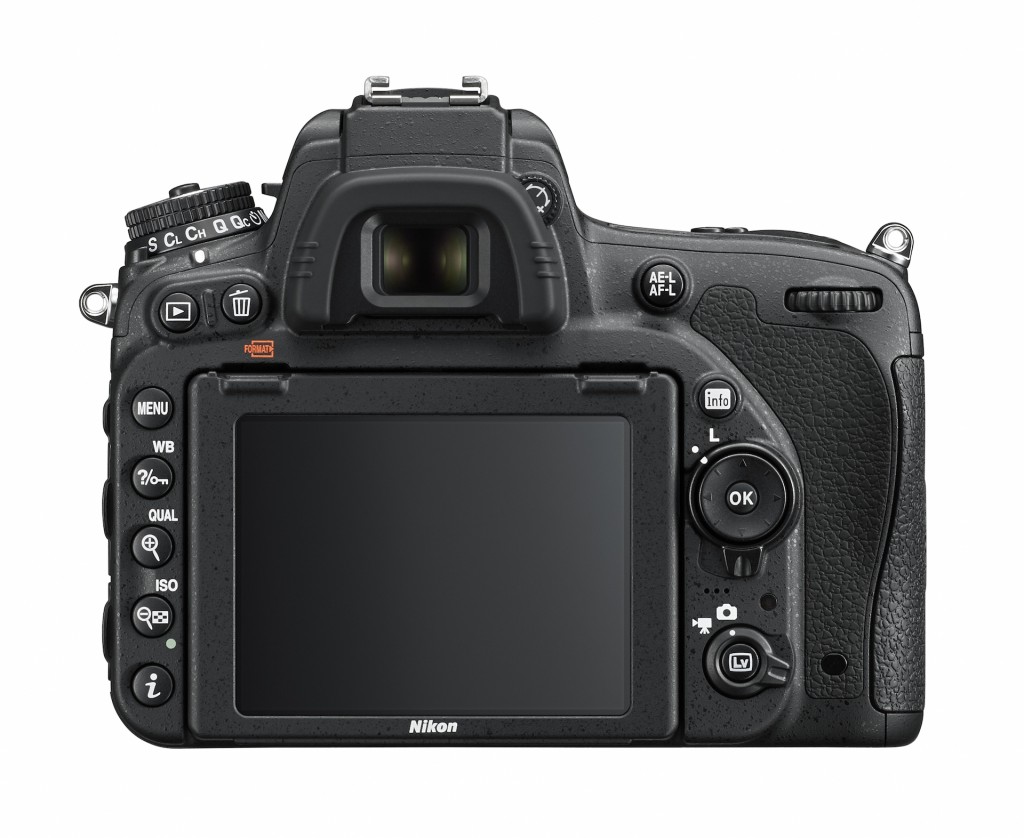 The most obvious thing missing on the D750 is 4K, but then I never expected this kind of innovation from Nikon anyway. Thus as a Nikon user you don’t stand to benefit from the next generation 4K codec of the GH4 or even the 4K HDMI output of the A7S. There’s also no higher frame rate than 60fps. The GH4 can shoot 96fps and the A7S does 120fps, which is dramatically different to doing slow-mo from 60p footage on a D750.

The D610 has an uncompressed HDMI output but so does their $500 D5200 and virtually any DSLR released in the last 3 years, so it is far from new or unique. This again is only a 8bit output and heavily processed internally by the image processor just as the internal compressed video is. You will be hard pressed to tell any difference at all in image quality between the two.

With the 5D Mark III, A7S and GH4 you are pretty much guaranteed a moire and aliasing free image, very clean and no shot breakers. That is probably not the case with the D750 considering it is based around a similar sensor as the D610 with a 24.3MP count and no full pixel readout.

I own a D600 for stills but can’t use it for video due to some of the worst moire on any camera out there. As a stills camera, it has only one purpose for me and that is to provide AF on my Nikon lenses (like the lovely 14mm F2.8 AFD) when I am on a stills-only shoot.

The D750 gets the same flat picture profile as the recent D810. Yet this is neither LOG nor really new, since custom flat picture profiles have always been available for Nikon DSLRs like Flaat for the D800, made by various users. A good LOG curve like S-LOG 2 is on the Sony A7S is a critical feature for video in 2014, allowing wider dynamic range but most importantly a more flexible colour grade in post, almost on par with raw but with the space saving advantage of tiny compressed files. 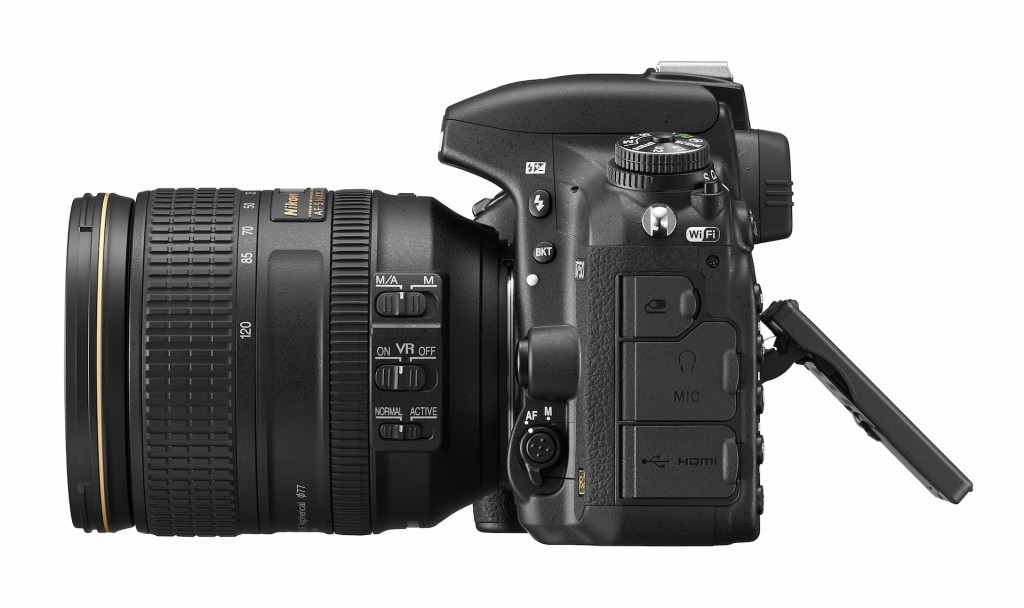 It’s a world of change. Photography is changing massively and much of the the consumer market for cameras has shifted to increasingly capable smartphones.

DSLRs keep racking up the model numbers but they are not actually changing. They are the same basic product they were almost 10 years ago.

If the traditional DSLR form factor is becoming less and less relevant for stills, for video it is even less relevant because of the shift to high end mirrorless cameras. The whole ethos of ‘DSLR video’ is alive and well. It is just that now it is ‘mirrorless video’. In the world of mirrorless video we now get 4K, and there’s a much broader range of options from the pro cine market as well creeping down into consumer price territory.

Amongst these are the Blackmagic cameras, the Canon C100 and the Sony FS100. These are all much better for video than the Nikon D750. Better performance, better featured. The addition of the Metabones Speed Booster to the market means that a full frame sensor ‘at all costs’ is no longer as desirable as it was in the days of the 5D Mark II, when the nearest challenger to that was the 2x crop sensor GH1.

However despite the obvious advantages offered by other products, I still see many a creative-video shooter on the streets using a DSLR, handheld with no rig, failing to take advantage of the better image quality on mirrorless cameras because they are unawares and satisfied with what is ‘good enough’. The Nikon D750 is a camera aimed squarely at pros and enthusiasts. Again Nikon made a big deal of the ‘HD-SLR’ capabilities in their sales literature, but they are as far behind on the specs and video quality as the term ‘HD-SLR’ is outdated in 2014. They really need to get with the programme and so do many customers!

Usually a camera this unadventurous still sells well because it is affordable and targeted at the consumer market where users are less demanding and less knowledgable. With the D750 I fail to see how it is going to excite enthusiasts looking for top spec video and stills yet the lure of the Nikon brand and the ignorance of the customer is still there.

As for those in the know – would you switch from a D800 or D610 to this? Unlikely. It is even more unlikely to attract the interest of Canon users as EF lenses can’t be mounted on a Nikon body. Aside from the articulated screen the D750 doesn’t offer anything over the 5D Mark III of note for either stills or video, whilst the 5D2 and 5D3 are all over the Nikon for image quality in video mode thanks to its third party raw recording ability. The Sony A7S and Panasonic GH4 remain on a different planet for functionality and image quality for the ‘serious video users’ Nikon are hoping will buy the D750. Am I missing something!?

One reason you would buy this camera is if you have a lot of Nikon glass and you need the AF but don’t need the 36MP offered by the D810. It is yet another option in a saturated market though. What is the unique selling point of this thing? There are SO MANY similar Canon and Nikon DSLRs out there! For most of these people a D610 would be perfectly fine and would cost far less used. Of course mirrorless cameras don’t AF with Nikon lenses and fast auto-focus is still vitally important for photographers…so until Sony have a much bigger range of full frame E-mount lenses they’re not going to significantly increase market share against Canon and Nikon, even in the face of such conservatism by the established two. And that is a shame for fans of innovation like myself. Innovation isn’t always rewarded.