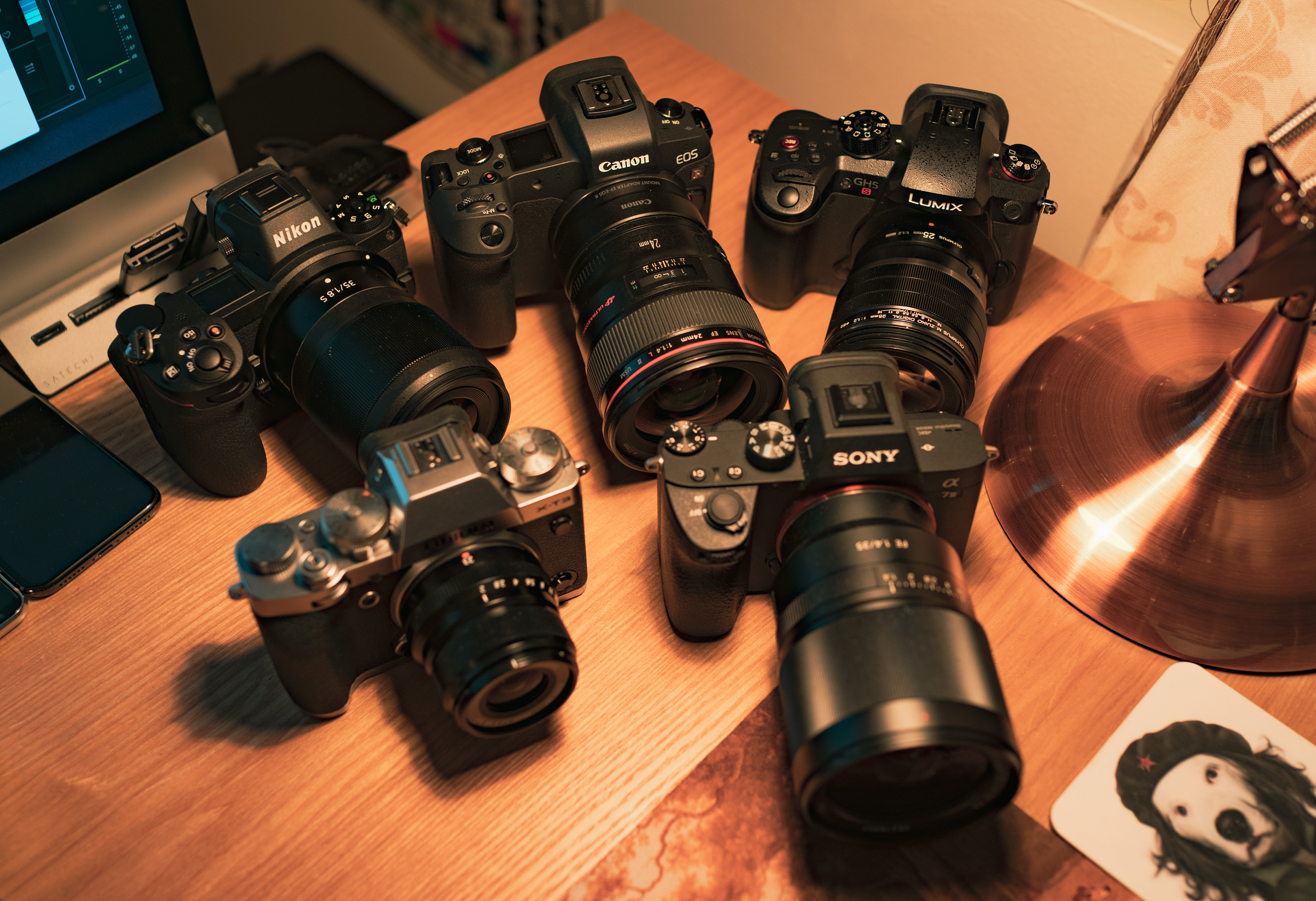 Panasonic have been superb with firmware updates on the Panasonic GH5, GH5S and G9 – which today got further autofocus improvements.

I had the oldest firmware possible on each camera prior to today’s update so we can see if the improvement is real or imaginary.

In this test I used a Micro Four Thirds Olympus 25mm F1.2 on the GH5 / GH5S and kept to between 35mm and 50mm equiv. at fast apertures across all the cameras in the test.

I will do another test tomorrow to see if a Panasonic lens with DFD autofocus, in good light, improves matters.

It did marginally better than the old firmware but still lingers and still shimmers too much for my liking. Tracking, as the camera moves into the scene at the end, did seem a bit better and this wasn’t a comprehensive test of that or anything of artistic value with faces – more of a comparison test, with the other models.

All cameras shared the following settings:

* It is interesting to compare the standard picture profile colour from these cameras. The X-T3 exposed almost a stop darker than the others at the same ISO, aperture and shutter speed, with some unrecoverable crushing in the blacks. The standard colour profile on the Sony A7 III meanwhile preserves the blacks but does a horrendous job of the highlights and overall tonality, which is why you need EOSHD Pro Color to get the best from it. The Nikon Z7 standard profile deviated the most from the others, but I liked the result. Ever since the D3X as far back as 2008 they have been consistent.

Time was, Canon’s Dual Pixel AF was the only game in town if you wanted reliable autofocus in video mode.

Now other cameras have rode into town beginning with the Sony A7 III, A7R III, continuing with the Nikon Z7 and Fuji X-T3.

These four are the top dogs along with the EOS R for 4K autofocus on mirrorless. The Sigma EF mount lenses are pretty nice via the MC-11 adapter on the Sony cameras, as are the native E-mount ones.

The GH5 and GH5S seem to perform similarly with the latest firmware update, I could not discern an advantage for the GH5S like I could before. Have they levelled out? It doesn’t matter, because both are bottom of the test together. All the other cameras did better. 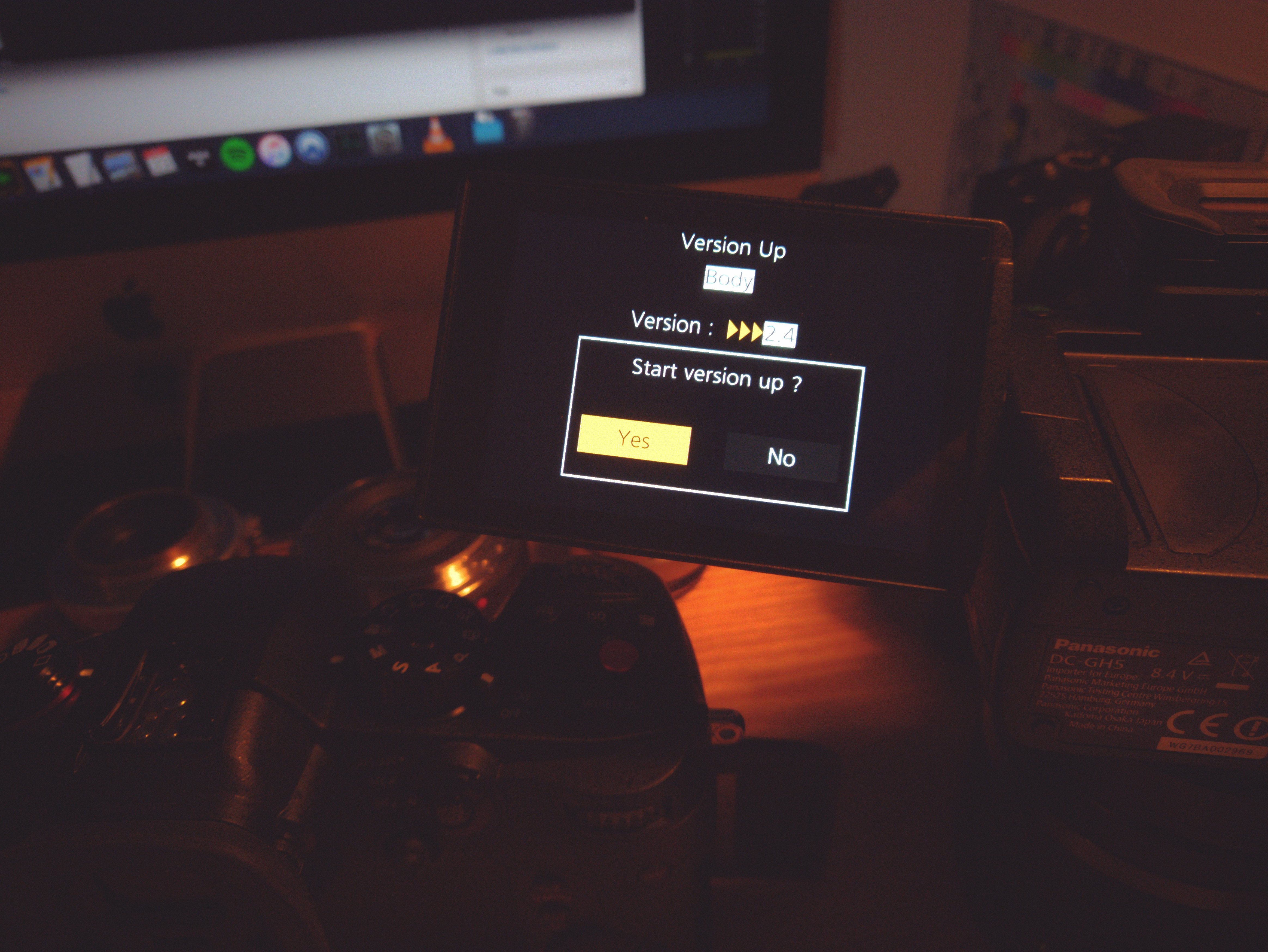 The X-T3 has a big performance hit if you use one of the older XF lenses like the 23mm F1.4 or 35mm F1.4 and the EOS R is quite frankly LOUD with EF lenses. The newer Fujifilm lenses with modern AF motors and internally focussing elements like the 16-55mm F2.8 WR and 23mm F2.0 WR are excellent – and silent.

Forget a mic close to the camera with the EOS R and EF lenses. The Sony, Nikon and Fuji native mirrorless lenses are silent by comparison and the EOS RF mount lenses are a big price premium just for quieter autofocus in video mode.

The Panasonic GH5 and GH5S are still alone in this test for using contrast-detect + advanced signal processing to autofocus, whereas the other cameras use on-chip phase-detect AF. I find the Panasonic systems works well for stills but in video mode the phase-detect AF cameras still have a clear advantage.

More testing required, but I am not blown away.