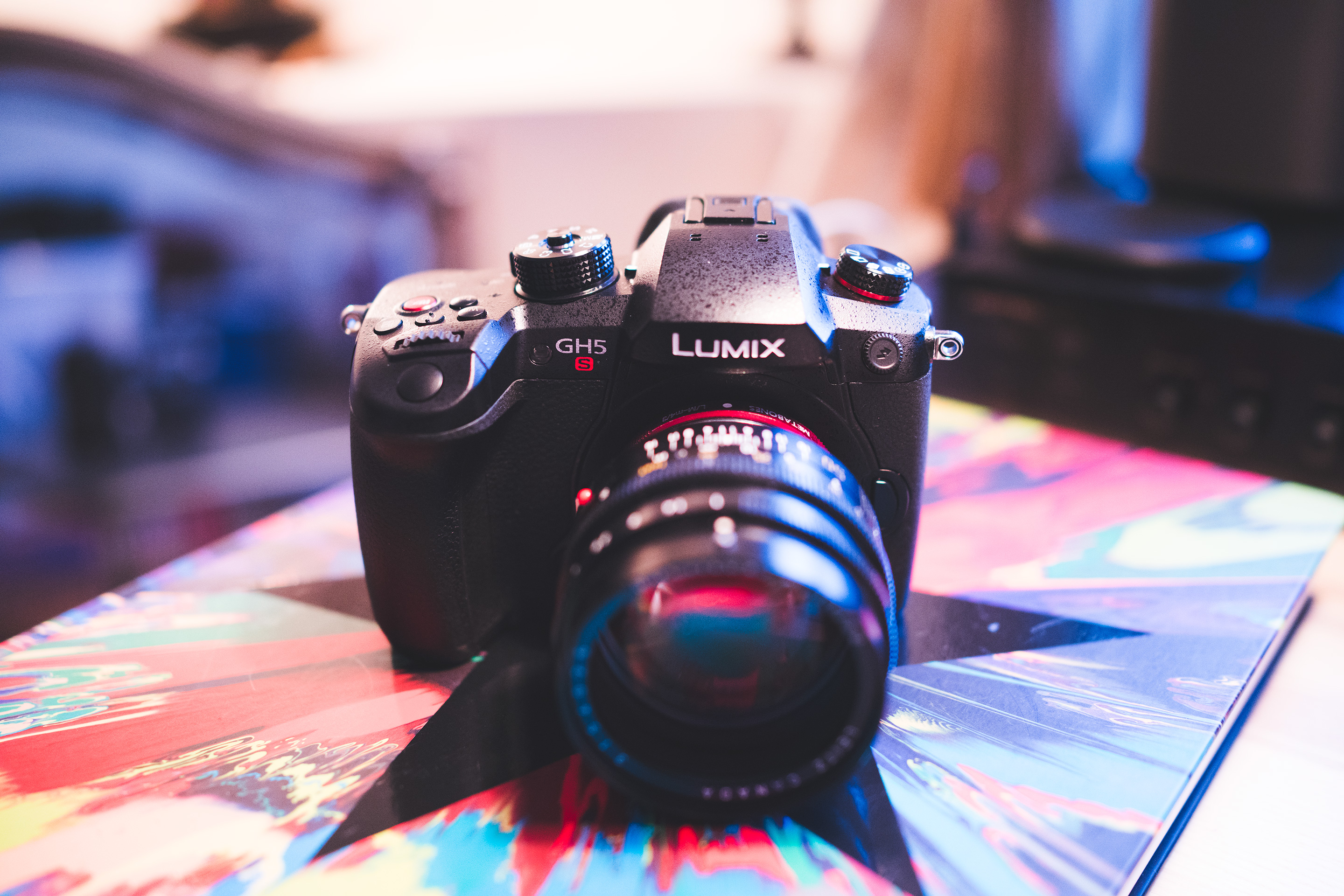 Note: My camera is running firmware version 0.2! If the performance changes when updated, I will re-do the test

Does the Panasonic GH5S finally achieve full-frame like performance at ISO 12,800 against the best of the competition?

Here I put the little nocturnal fox in the ring with the Sony A7R III, A7S II, Nikon D850 and the plain old ‘non-video-orientated’ GH5.

I recently took delivery of a Panasonic GH5S. I have a secret project planned for this camera and I am going to enjoy doing that, first though, I wanted to see if the GH5S fulfils pretty much it’s only obligation – the first ever Micro Four Thirds camera that is clean in extremely low light?

Not only are the pixels nearly 2x larger than the GH5, the sensor is larger. Although you wouldn’t realise it from reading the specs online!

They all seem to quote the sensor size as 17.3mm wide (same as the GH5) but this is for STILLS mode in 4:3 aspect ratio. These websites are stupid because this is primarily a VIDEO camera with a multi-aspect ratio sensor that is wider in 16:9 4K than in stills mode! At least 19mm I believe.

That means a 1.78x crop horizontally vs full frame, instead of the usual 2x crop of the GH5 (or 2.3x of older GH4 in 4K). This is something Panasonic should be making a bigger deal about and it means with a Metabones Speed Booster XL you are now getting a full frame 1.1x view of your Canon lenses… at least horizontally. The vertical sensor real-estate is less, especially in the narrower Cinema 4K aspect ratio of 1.78:1.

That larger sensor makes a difference to the field of view of your Micro Four Thirds glass too. A 12mm lens is no longer a 24mm equiv. but practically a 21mm side-to-side. This gives you the first clue as to why 5 axis IBIS had to go away on this camera. The vignette of some of these lenses, especially wide angle, would shift around in the corners with the moving sensor during a recording, and might have been too tricky to correct digitally. Who wants a randomly creeping shadow in the corner? 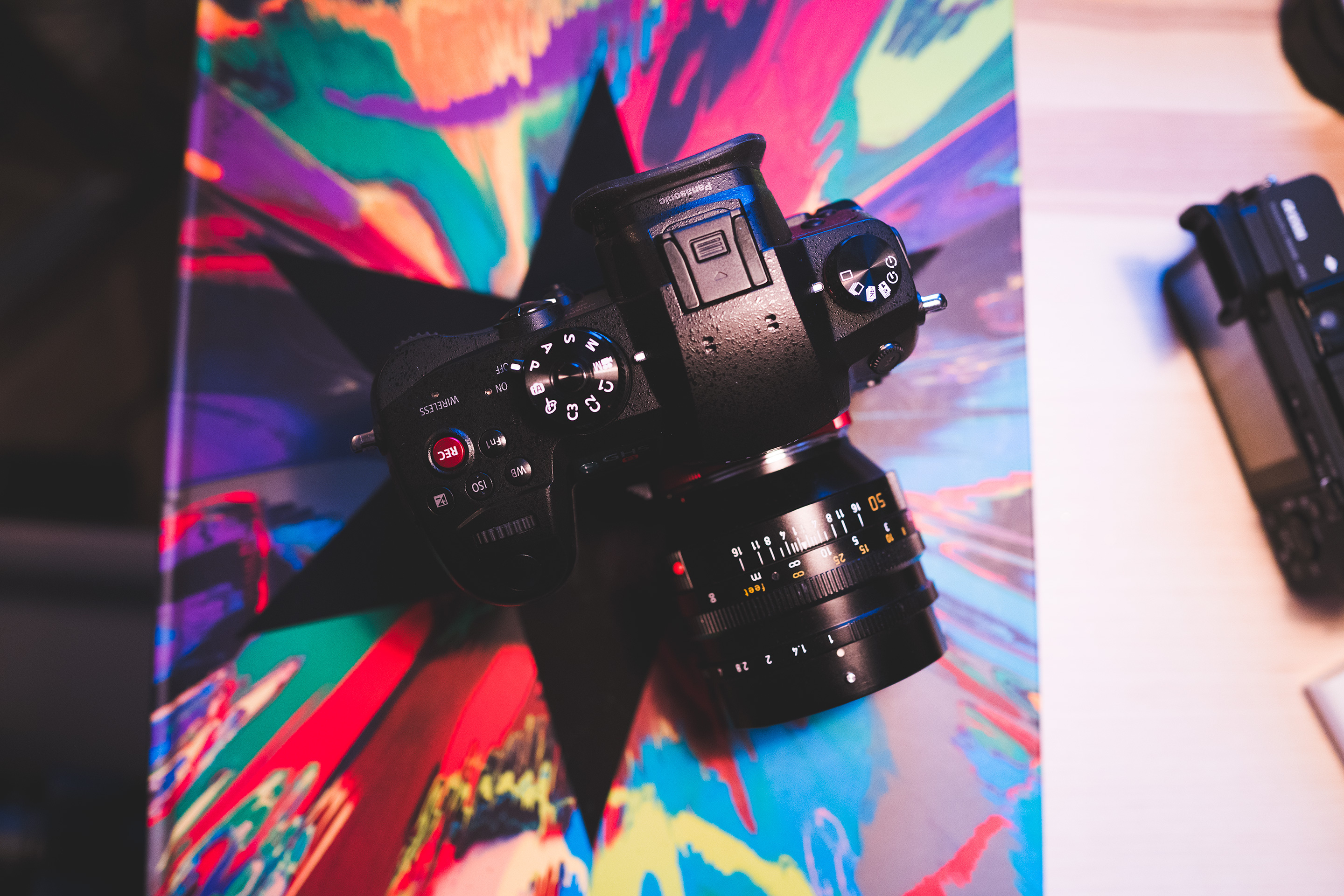 So the GH5S is much more like the GH2. The first model since that camera to go back to the oversized sensor, and a locked-down one at that. This eliminates the thud thud thud as you move the camera whilst it’s off, the sensor block stays put. Small thing, but something I quite like. Yes it is a shame to lose the stabilisation, but for shows like The Grand Tour on Amazon, they’ll have fewer vibration problems from the GH5s being used as a POV camera inside a car. This is an important consideration for a pro video camera and I expect the GH5S to find a home on high profile shows like this immediately.

Now to ISO sensitivity. Let’s not mess about with snowflake ISO 1600 in this test. Even ISO 3200 is so clean it is practically a Green party politician. Almost like having it set to native ISO. It is a dual native ISO sensor in the GH5S and it shows. Go to ISO 6400 and you do start to see some noise but it seems much cleaner in Hybrid Log Gamma mode. ISO 12,800 is perfectly usable now. Add to that, if you like, a 1.5 stop Speed Booster to raise illumination even further.

What the Panasonic GH5S and Sony A7R III both have in common is that they are MUCH cleaner in Hybrid Log Gamma mode at ISO 12,800 overexposed by 1-2 stops, rather than shot in plain old Rec.709 standard color at ISO 6400. Try not to under-expose these cameras in low light.

I also added the Nikon D850 and Samsung NX1 to the test video. The NX1 only at ISO 6400 as that is the maximum for the camera. However, I added Luca’s NX-L speed booster to the Samsung to give it a leg up – it doesn’t compete with the others at ISO 6400 but if you take into account the exposure boost from the NX-L adapter, you can lower this to ISO 3200 and it’s much better… ISO 1600 is pretty good and ISO 800 is clean as a whistle. I do love the NX1 still after all these years. 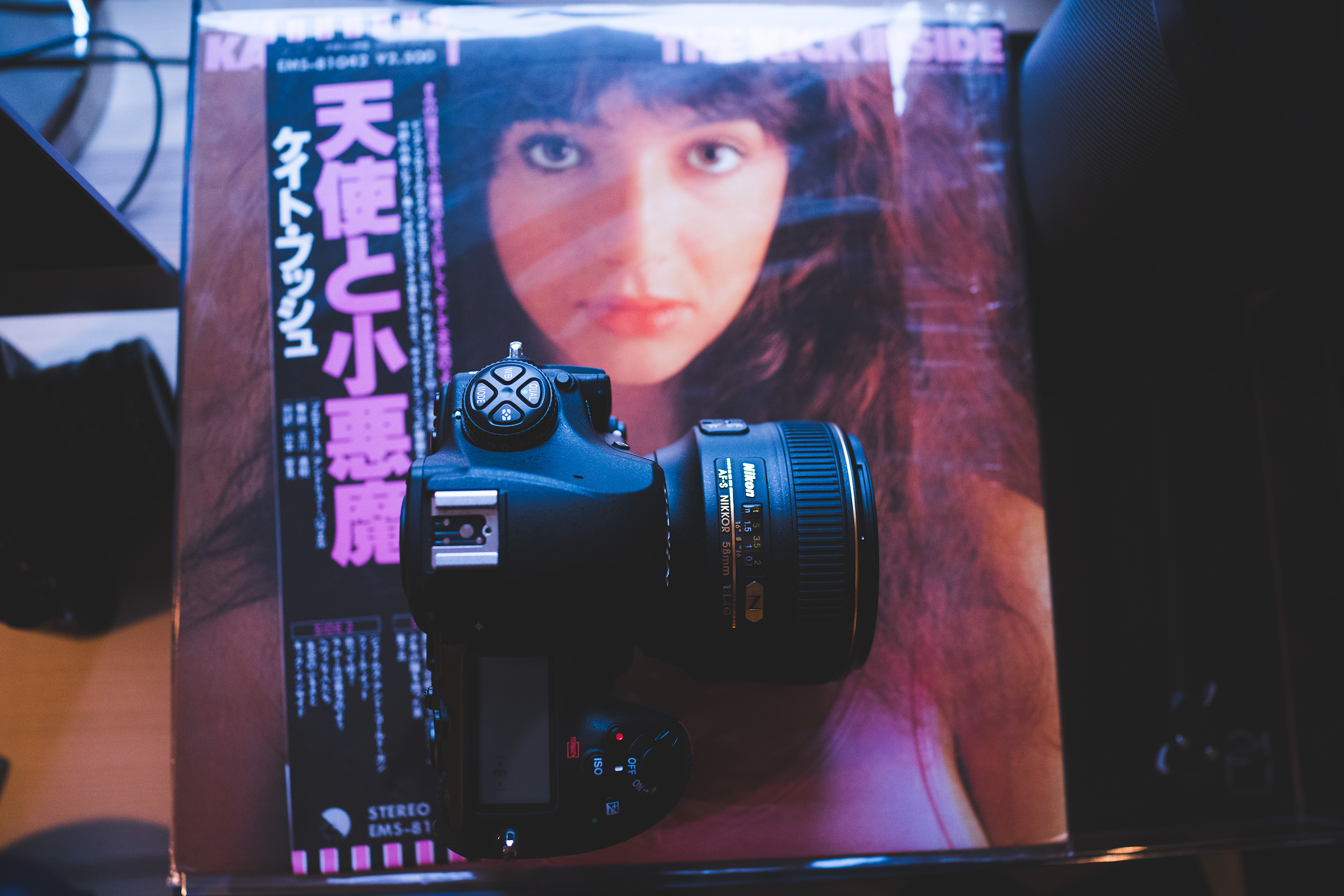 The Nikon D850 is surprisingly a lot noisier than the A7R III despite having a very similarly specced sensor. I need to double check the result to see what the noise reduction is doing, so take that one with a slight pinch of salt for now. The colour rendering on the Nikon was very natural however… Some might prefer it’s muted tones for a smooth and realistic look to nighttime shots in the standard colour mode. The flat profile is also very nice, grades well! For me the colour on this camera is closest to the Canon 1D C. The Sony and Panasonic need more of that digital edge taking off but they are good for when you want a more energetic, electrifying punch to low light shots.

Unlike the GH5, the GH5S comes with V-LOG-L out of the box. I’m reserving that for another article and test though.

The Sony A7R III has a 42MP sensor vs just 10MP for the GH5S which makes the similar low light performance in 4K video quite mind-bending. How did Sony manage it? Yes, a full frame sensor helps but that is a HUGE difference in how many megapixels are crammed in. 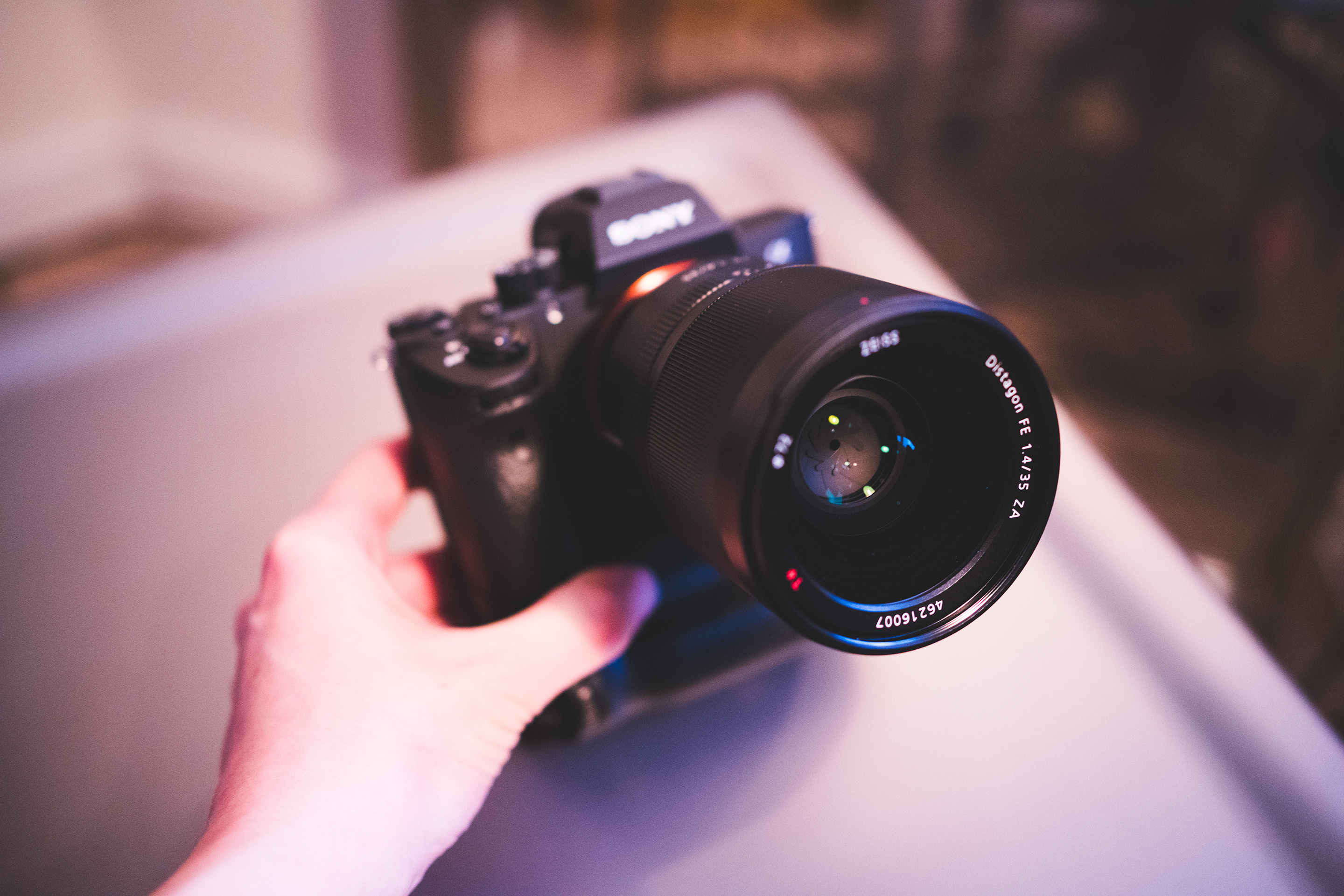 While the A7R III is a hybrid camera for the masses, the GH5S is like a pro video camera in a hybrid form factor. The noise reduction on the Sony is as good in full frame 4K as it is in Super 35mm mode (which benefits from 5K oversampling). That never used to be the case with the Sony cameras. The mighty A7S II low light camera model barely displays any advantage at ISO 12,800 and can’t do Super 35mm mode in 4K due to the low megapixel count. It’s only once you push past than into ‘special use’ one off mega high ISOs that you see it’s worth. I’d choose the A7R III over the A7S II in a heartbeat.

One thing I do notice about the GH5S (although this is with version 0.2 firmware) was the noise reduction is a bit on the heavy side and the exposure seems a bit darker than the A7R III at the same ISO, shutter speed and aperture. Some of the tree detail in the test shot isn’t coming out very well on the GH5S compared to the Sony. That is surprising as the GH5S is a full pixel readout in 10bit and the Sony is pixel binning in full frame 4K mode and cramming the result into an 8bit codec.

You are getting a 400Mbit/s ALL-I codec on the GH5 and GH5S, but does it make a HUGE difference here? Hard to say. The 10bit codec makes for a solid V-LOG-L and the low light performance is a definite step up from the GH5 though, highly noticeable at anything past ISO 800.

The larger sensor is good to have too. Take your pick – higher resolution stills and 5 axis IBIS will satisfy most people on the GH5 – but the low light and larger sensor on the GH5S are irresistible for filmmakers.

If I were Panasonic however, I’d have put a bit more differentiation between the two models. Really, they are quite similar for most people and I can’t see very many GH5 users getting rid of the camera so soon, losing IBIS in the process, for the more expensive GH5S. 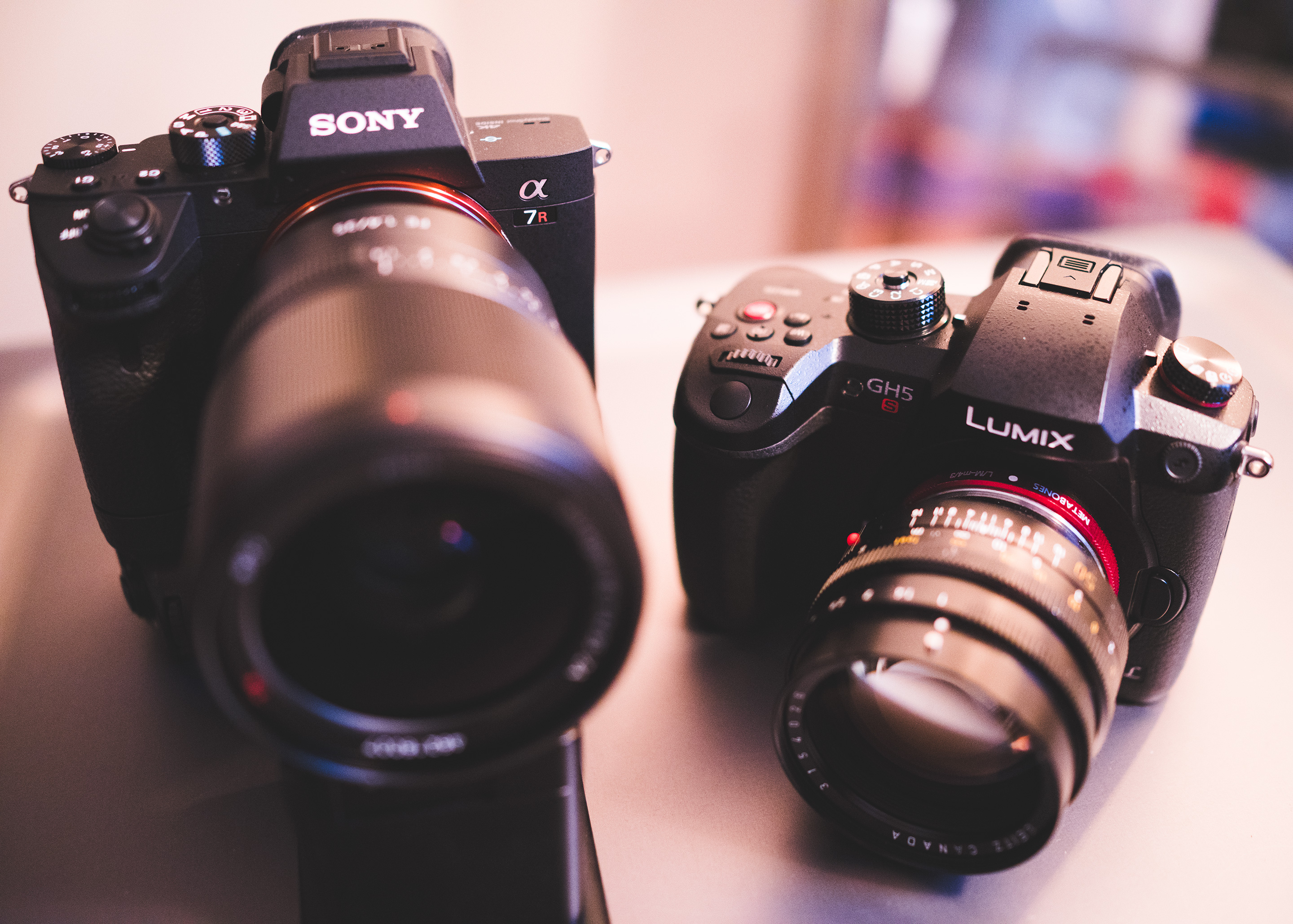 The GH5S does deliver on it’s low light promise, even vs the best 4K full frame cameras.

Combined with very fast lenses and a Metabones Speed Booster, and you could say it surpasses quite a few full frame cameras and all of Canon’s, even the 1D X Mark II and 1D C (which I will compare in a later post).

The weak point is autofocus. I wish Panasonic would have added a few more features to the GH5S to distinguish between it and the GH5 out of the box, rather than just the new sensor, V-LOG and timecode in/out port. Dual Pixel or 4D Phase-Detect AF would have been first on my list with the video-orientated model. Instead it still hunts around far too often for focus in video mode, albeit a bit faster than the GH5.