How stills killed casual video for me 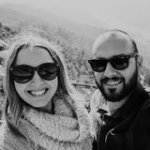 This is just a little something I shot on the subway, absolutely nothing special. But it made me think. I used to shoot a lot of casual video on the streets. But ever since I became passionate ab

My involvement with movie / stills (even as an amateur till this day) is (I think) kind of interesting. I love music (more in the past - free time is shorter to enjoy it each day that passes), lo