I am really pleased to say the video quality of the X Pro 2 is seriously impressive. It's not 4K but it's enormously satisfying, sharp and detailed. What's great is that now we can finally shoot movin

Typo sorry, meant film grain simulation. The film simulation (colour, contrast) modes are alive and well in video mode like I said at the top of the post, that's one of the main reasons for getting it 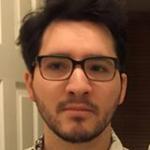 Ok let me back up. There are a handful of cameras that pump out a decent HD image. I'm a renter so ive tried all of them. There are no cameras under 10k that I would consider buying due to deal breake