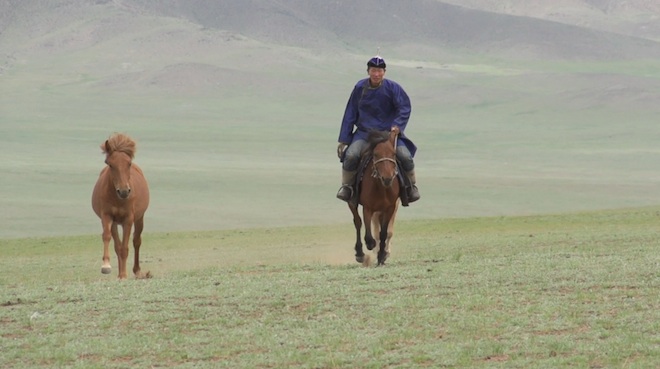 The first pro field report of the FS700 is in. This compliments some of the other reviews pretty well and a general consensus about the camera is starting to form amongst pros. Is it worth selling both your FS100 and 5D Mark III and buying this with the money left over? Let’s find out…

I love my FS100. Far more than my troublesome 5D Mark III. The handling was much better than expected, the codec is much better than AVCHD 24Mbit sounds on the box. The shadows are smooth and crisp unlike when you push the shadows in post with DSLR footage. In my experience DSLR codecs, even AVCHD in the hacked GH2’s at 176Mbit falls apart with noise and macro blocking in the blacks – whilst the FS100 at 24Mbit stays clean. It is also hands-down in the same league as the C300 in low light and far less mushy with a finer grain of noise than the 5D Mark III at ISO 8000. Push to 12,800 and 16,000 though and the noise does step up considerably as you’d expect.

The significant new features on paper for the extra money are…

There are also drawbacks…

Here’s my take on it…

Though it has price on its side, the FS700 does not have a built in broadcast ready codec like the Canon C300 or the 10bit loveliness and top of the class image processing of the Sony F3. But in all practical reality the image seems close to those cameras. Very close. Sure it doesn’t have the better ergonomics of the C300 or quite the cinematic image or finer grain of noise as that camera but it offers more brute power and features for a much lower price. A cinema feel is all down to the lenses and you, sometimes using a vintage lens can help reduce the electronic clarity of HD, as well making for a lower contrast image with more flare. I feel the FS700 is more future proof than the C300, FS100 and F3 because it is 4K ready and knocks the slow-mo options out of the park, whilst the C300 has zero slow-mo options, no 1080/60p even.

The dial wheel which locks the LCD is not actually not without justification as the review says, it is really for locking the screen when a loupe is attached to it. Sadly there’s no built in EVF like the C300. In my view Sony can greatly improve the form factor of the FS100 simply by repositioning the LCD, losing the bundled loupe and putting a built in EVF on it. This could simply be a larger version of the beautiful OLED TruFinder EVF on the NEX 7 since the panel in that exceeds the quality you get on the $15,000 C300. Colour accuracy, resolution and contrast is first rate on it and it is very strange how Sony have this on their $1299 consumer camera but not the FS700! I’d like to see a larger version of that with a nice comfortable eyecup.

Now image quality wise the ‘old’ FS100, certainly in low light, is a match for the FS700 so you are paying extra for the convenience of built in NDs and not everybody needs slow mo. However the image quality argument changes dramatically once Sony bring out the 4K box. The price of this and the accompanying firmware updated required to unlock it (I suspect this is to prevent a flood of third party 4K recorders hitting the market before Sony’s) is completely unknown. This could be a $20,000 4K camera not a $10,000 one for all I know. My guess – and it is nothing more than that – is for it to be around the $14,000 mark inc. recorder. Right now if you are shooting 1080/24p on the FS100 and have no need for slow mo there’s less reason to upgrade to the FS700 just yet, though the extremely welcome built in ND wheel and 1 stop better dynamic range may appeal to some.

I won’t be rushing into this upgrade, but once the 4K upgrade pricing is announced I might consider it a very future proof investment.