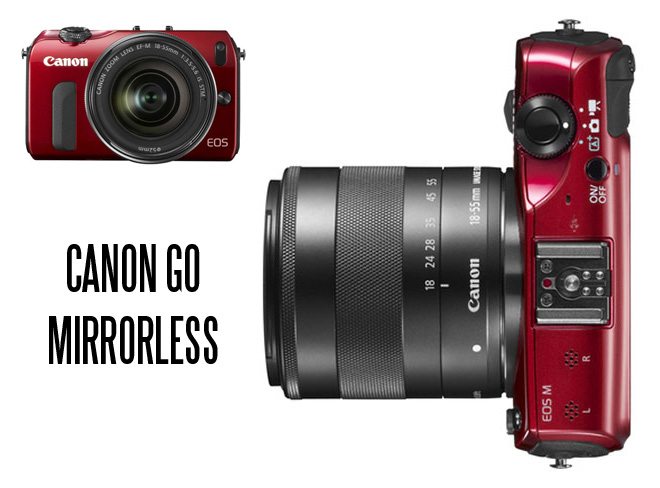 Unless your mum has Canon shares, then she’ll be doing well. You see Canon can do no wrong. They have an army of celebrity filmmakers doing their marketing, an army of pros using their bodies as the default choice for serious photography, a well established EOS lens range and a logo that has people buying even the most boring update they put out there.

And that is the problem.

For the more the strong sales continue, the less motivation Canon has to change course and do something more creative. I am a creative person so I like my cameras to be creative as well. The reason I don’t like Canon at the moment is that they are not a creative company. They are obsessed with marketing, profit margins, segmentation of the market, focus groups and committees. Frankly they make me sick. They have decided that all mirrorless users in the USA are enthusiast pixel peepers and all mirrorless users in the UK are pathetic hipsters, according to their differing EOS M press releases issued in each country.

The UK one in particular, containing such bullcrap about taking close up shots of the stitching of your handbag, is so utterly patronising to women that I will be surprised if Canon’s marketing does not put off more women than they attract. 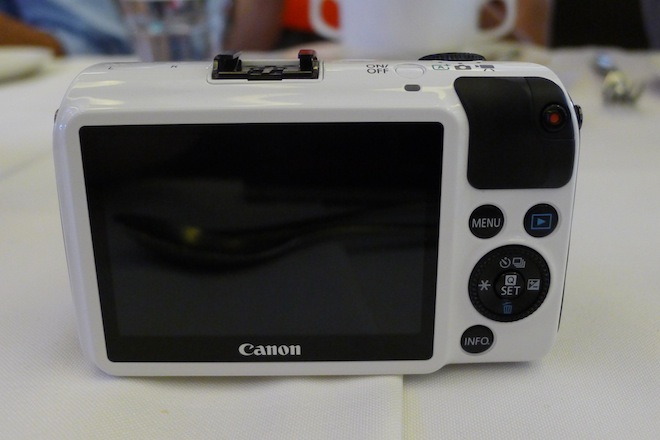 Above: Small DSLR or fat compact?

And so to the camera…

For video, according to this hands on preview at Cinema 5D, the EOS-M offers zero new technology over competitors, not even their own T4i. It does not fix the codec or moire issues which was the one saving grace of the 5D Mark III’s lukewarm video mode. Canon thinks this is an added bonus for your $3500. I think it is more like fixing a product defect. Obviously Canon see more profit in calling it an added feature rather than a fix. So unfortunately your mirrorless T4i is still defective. Deal with it.

Manual video control and 24p are present of course, but we already took these for granted. They are the most basic things to make a video mode usable for cinematic purposes. One advantage the EOS-M will offer over the T4i is the mirrorless mount which you can adapt more stuff to – be it a Leica M lens or your favourite Canon FD era prime (my personal favourite is the radioactive 35mm F2. Maybe Canon should now purge this one from the display cabinet in the marketing department to prevent mutant statements creeping out about handbag stitching?)

However, I already have a mirrorless mount atop a APS-C sensor. The NEX 7 which I bought 6 months ago cost me barely any more than the entry level EOS-M pancake kit in the UK, in pounds today. It is by far the better specced camera and better handling, and includes an OLED viewfinder which is better than the one Canon saw fit to put on their $15,000 cinema camera. You can make a nice viewfinder on the EOS-M with your thumb and forefinger, whilst figuring out with the 5 digits on your other hand how Canon can justify charging nearly as much for their low end mirrorless as Sony charge for their high end one. 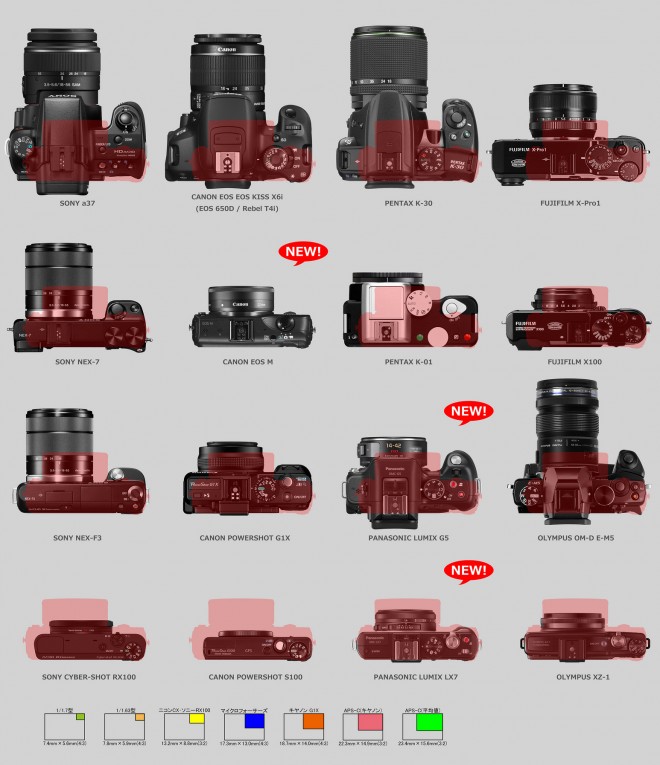 Above: A size comparison

So I am impressed with the EOS-M?

If the embargo on sample images and movies ends, I might be able to make up my mind.

A have been hoping Canon would make a mirrorless for a while now. I was hoping they would do a proper one and not catch the “compact step up” marketing bug which Panasonic caught from Olympus and their early PEN success. The GF2 was infected by this bug and it was a backward step from the GF1 in terms of a photographic tool. The EOS-M is more GF2 than GF1. More lifestyle tool than photographic tool. Even so I do find the simplicity and the way it looks quite appealing. Being based around a T4i is no disaster in terms of image quality and sensor size and you can use your existing Canon glass with it. It is more attractive to me than a T4i because of so many adaptable lens options on the new mount – but unfortunately still nowhere near as good as high end mirrorless cameras for video, overall feature set and image quality. It is those 3 things I really want to see in abundance, and so for me the EOS-M rates as a ‘fun’ camera which I cannot see myself really needing.

Especially not at the £850 the 22mm pancake kit bundle costs in the UK. Way too high and no body only option!

There is still a very small chance that Canon have put something useful in this thing… Like a better video processor, or more resolution in 1080p, or…