All Samsung Lenses are discontinued

You know what Samsung should have done. Used the m4/3 mount. Its free to use. It covers the sensor. Many MFT lenses cover the whole sensor, some would be good for crop mode. Their own lenses woul 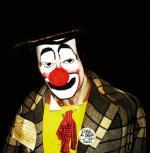 The whole Samsung NX (& lenses) story is another cautionary tale: a really great product is not in of itself a guaranteed success. Sadly, marketing, brand recognition etc are arguably more importa

With fewer lenses out there than NX1 bodies - I'm worried it's going to be the opposite. If you happen to NEED the auto-focus or IS and want the "S" series lens...I could see them selling for twice