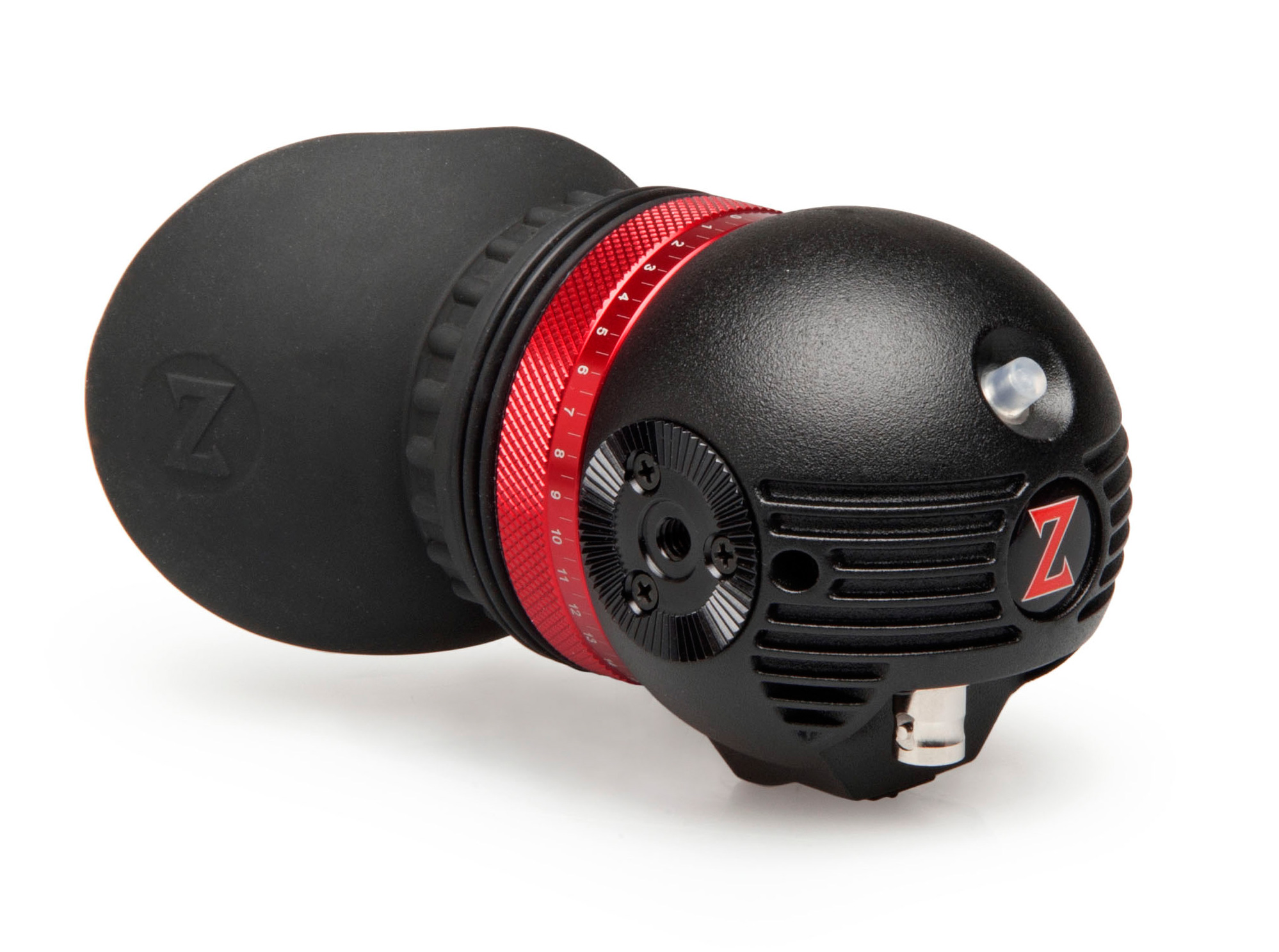 An eye for an eye.

Shipping from April 25th, the Gratical Eye is something I’ve been waiting a long time for, to pair with cameras like the Panasonic GH4, Canon 1D C and Sony A7S II – a super compact EVF which rivals the beautiful new Leica SL EVF for image quality. It features a very large 0.61″ panel (similar to the Leica SL’s 0.66″ EVF) and packs 5 million dot resolution versus the 4.4 million of the Leica SL’s. 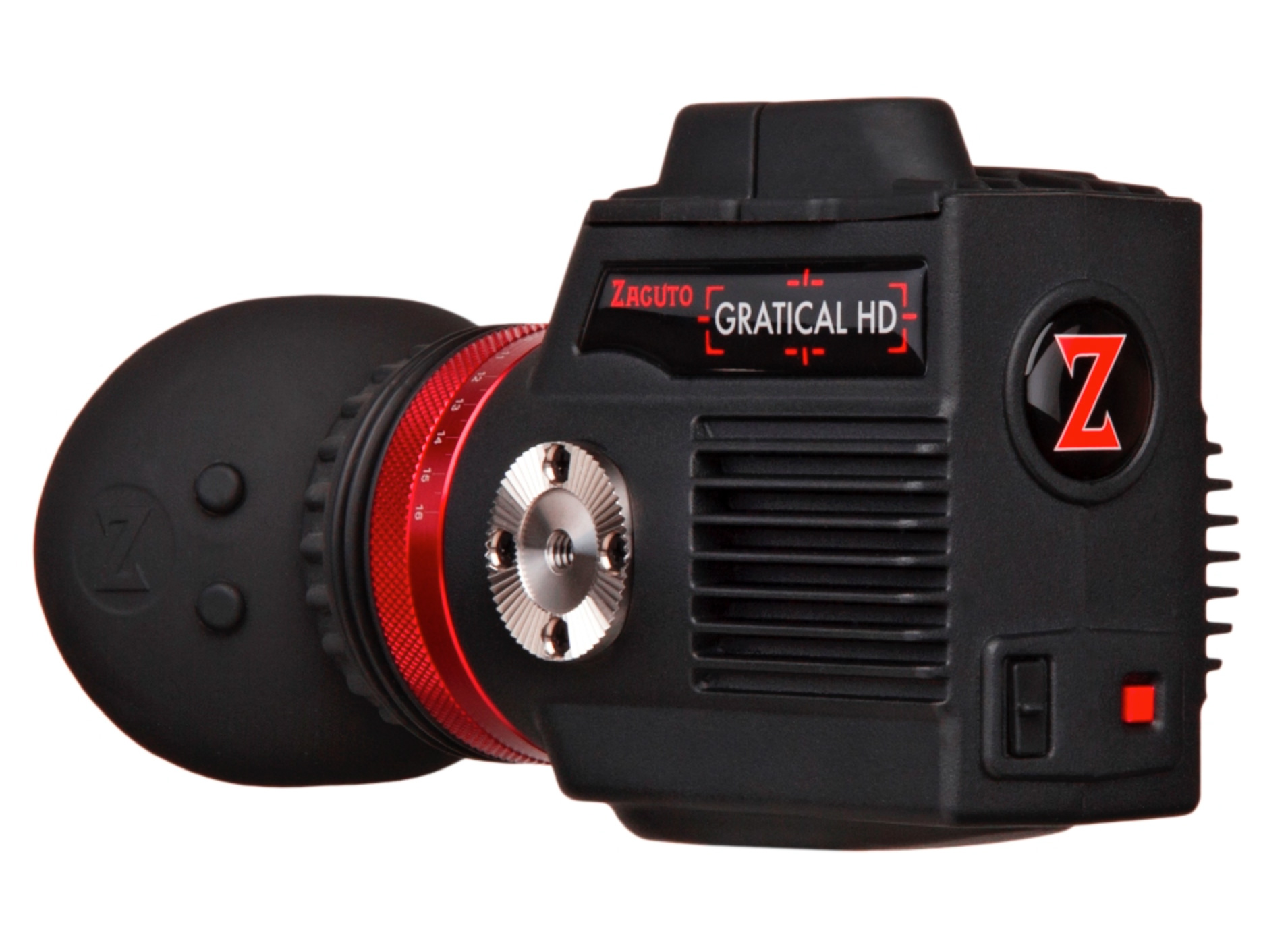 [pullquote]Buy the Gratical now at Zacuto. Price is a special introductory one ($900 off)[/pullquote]

Zacuto’s new EVF is now available to buy direct and it ships in early February. This is something I’ve been very much looking forward to. I’ve also been using the very small and light (and cheap!) Z-Finder for the Blackmagic Pocket Cinema Camera which you can read more on below.

Read moreIs this the ultimate EVF? OLED Zacuto Gratical to ship early February plus a quick look at the BMPCC Z-Finder

The third and final part of Zacuto’s debate provoking documentary on cinematography and cameras is out. Part 3 is to me kind of like Revenging the Revenge because it goes back to a non-creative scientific (empirical) test of the cameras.

They appear in order of cost from the $700 iPhone to the $70,000 Sony F65 and each are treated with the same lighting, similar settings and the same grading to match as closely as possible.

Francis Ford Coppola gives his answer in the new Zacuto Shootout, choosing in order of preference the Panasonic GH2 (lit by Colt Seaman), Alexa and Epic

The results are in from Zacuto’s Revenge Of The Great Camera Shootout 2012. The majority of those at the cinema screenings – including Francis Ford Coppola preferred Colt Seaman’s lighting and the capturing of it by the Panasonic GH2.

This choice was above the stiffest possible competition including the Sony F65, Red Epic, Canon C300 and Arri Alexa. There’s a comment from Part 2 which really stands out for me and it sums up the reason EOSHD and my passion to write my GH2 book and the blog exists –

This is how you make a great film, a great shot, a great scene – Passion, hunger, creativity and a $700 camera.

Above: one of my favourite scenes from the episode, click it to enlarge to 1080p, the colour on this shot is ‘early Technicolor’ and ‘Hitchcockian’. But I am not 100% sure which camera was used to shoot it (although I have a gut feeling!) – and that tells you a lot about how evenly matched cameras like the FS100 and GH2 are with much more expensive offerings (if viewed at 1080p)

If you haven’t already I advise you to watch the episode before reading this and draw your own conclusions first. If you have seen the full screening please do not reveal the results on the comments forum.

The Zacuto Shootout is like a torch light in the dark for many aspiring, young filmmakers and it is useful – not to mention fascinating and enjoyable – to see these incredible tools fight for the best image. Now the Revenge series has added people into the mix it is even more interesting and educational.

Above: GH2 on a heli rig

Today the first episode of Zacuto’s 2012 shootout is aired. (Update: it is now live – watch it here). This isn’t really a shootout in a technical sense rather a subjective and less scientific comparison whereby each camera is made to look as good as possible. Several leading cameras were used including the Alexa and Sony F65.

Zacuto have revealed in a technical document how each camera was setup, so we’ll take a look first at the GH2 and FS100 to see what settings were settled on for the shootout and who the people behind the cameras are.

The Revenge Of The Great Camera Shootout is Zacuto’s antidote to pixel peeping camera tests. It airs June 15th online, but preview showings have been taking part around the world. It aims to show how any camera from the very top (Alexa, Sony F65) down (to the iPhone) are viable filmmaking tools. Whilst I agree with Steve that creativity is overlooked too often and gear gets all the attention, I wouldn’t go quite as far as Steve in claiming the camera does not matter. The camera and lens – like lighting, like set design, like a location, like actors – has an aesthetic quality that goes into the production and heavily influences the mood of the film. I would use anamorphic lenses as my trademark style, because I feel that particular ‘brush stroke’ suits my kind of filmmaking, helping to create the moods I want. So yes, the camera matters in my view!

Thanks mainly to the unexpected success of their NEX line of consumer mirrorless cameras, Sony are probably the only company to realise the truth about mirrorless and its future direction. Namely that it is the future, especially for video.