In the last 10 years a lot of mirrorless and DSLR cameras have come and gone from the main Japanese manufacturers – all of them lacking internal RAW video and ProRes. Oops. This is the biggest disappointment for me, and we still rely even in 2019 on clunky external recorders or a limited range of Blackmagic cameras for this… or Magic Lantern on Canon DSLRs. Had any of them bothered to add a decent editing codec, along with RAW – a GH5 or 5D Mark IV would have sold many times the amount it otherwise would have.

A team who recognised this glaring omission was Joe & Elle behind Digital Bolex. Good Lord, this was a sweet cinematic image. Alas, it was a short-lived cinematic image with very much generation 1 hardware, the likes of which may never be repeated (at least not with beautiful Kodak CCD sensor, which is no longer made). 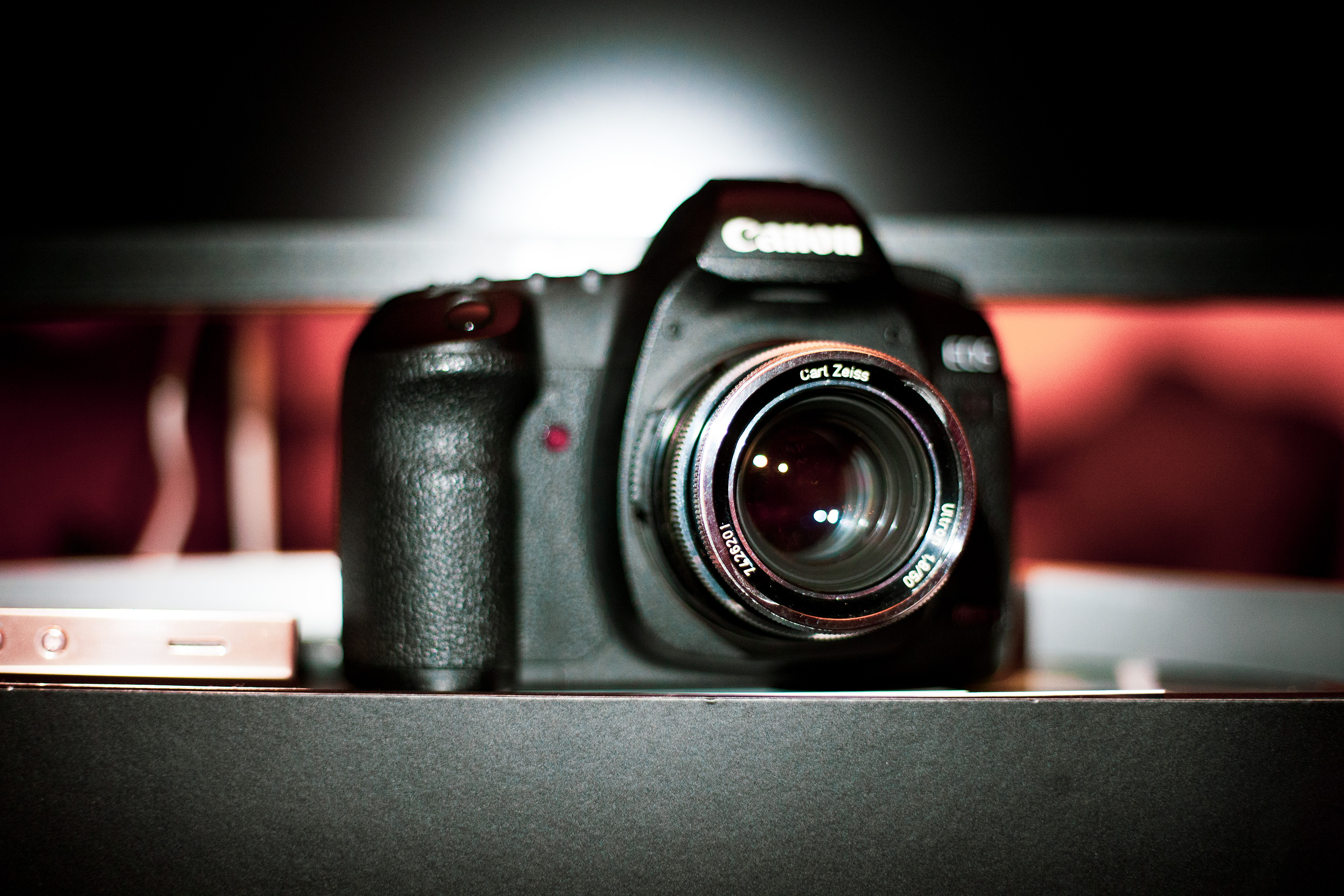 The 5D Mark II is also now 10 years old – a bit over in fact. The camera which kick-started the DSLR revolution can now be had for under $550. I just picked one up in Berlin for 370 euros. It’s now capable of doing an astonishing 3K RAW 24p (similar to the 3.5K 1.5x crop RAW of the 5D Mark III) as well as the beautifully cinematic full frame 2K RAW. I’ll bring you more about that in another blog post soon.

The 5D Mark II has a less clean look than the mighty 5D Mark III in RAW video mode, which lends it a film-like appeal in terms of texture, especially at higher ISOs. It’s also a full $1000 cheaper used. Considering its age, the 5D2 punches well above what was imagined possible in 2008. Then again, I am not surprised as it shares similar internals and sensor to the 1DS Mark III of 2007.

Speaking of which, I honestly don’t think digital stills have come a long way since this point. Sure, we’ve got a bit more dynamic range and a lot cleaner images from ISO 3200 on but the biggest gains have been to do with megapixel counts, speed and video, rather than outright stills quality. The sensor in the 1DS Mark III and 5D Mark II was a work of genius, with incredible colour and resolution that still stands up today.

I absolutely love this camera at ISO 1600 for a film-like grain. Considering how the 5D Mark III in 3.5K RAW with Magic Lantern is already well on-par with an Alexa for image-quality alone, to get a similar image to this with a more analogue and imperfect look for so cheap makes it my number one choice to mimic film digitally for $500. 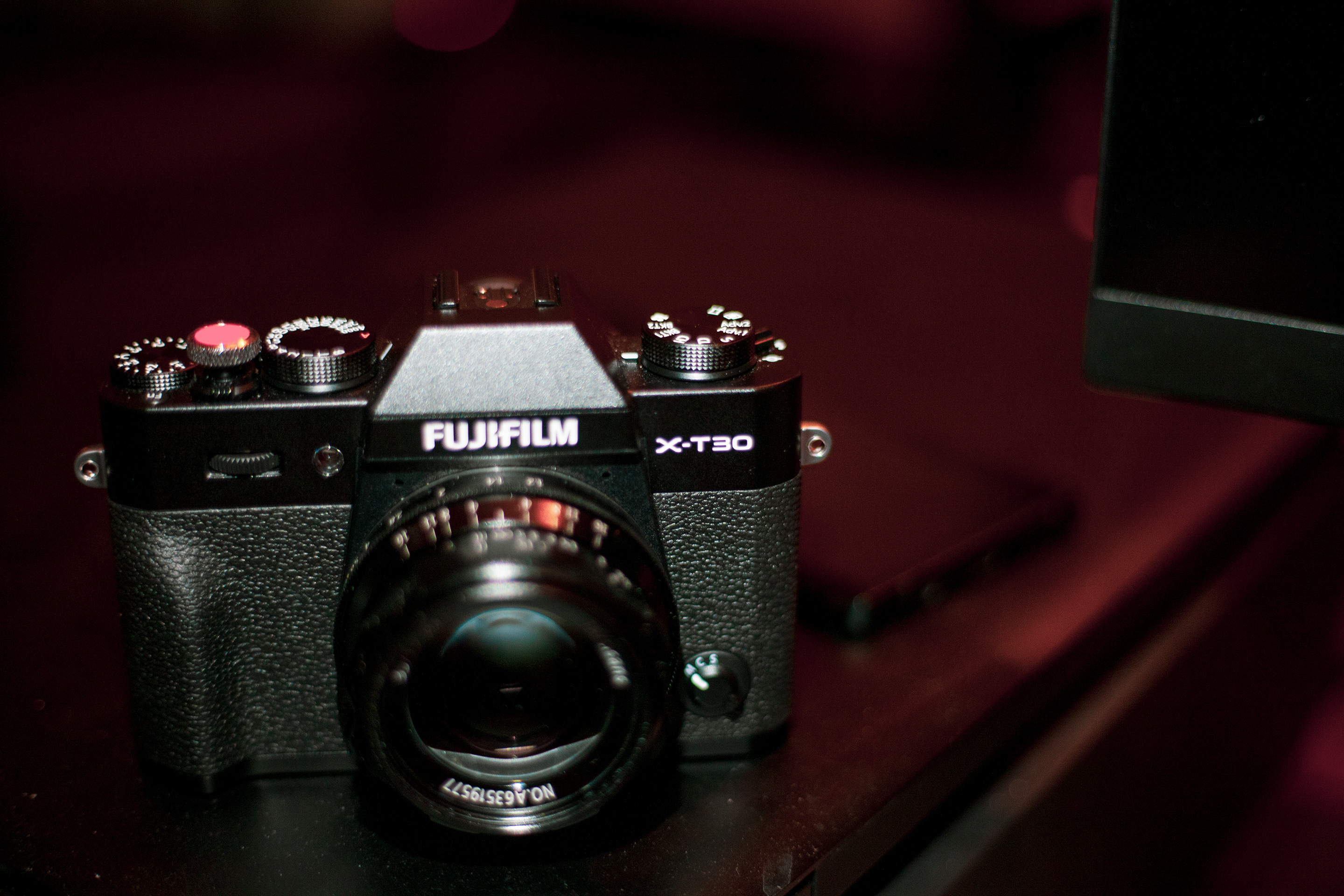 Of the modern cameras, the X-T30 just about comes under $1000 and delivers the goods. Fantastic codec, high bitrates, very good colour science and very fine detail. The image can be very modern looking, a bit too good. Thankfully, Fuji didn’t snip F-LOG or Eterna from the camera so you get the maximum dynamic range and grading flexibility, to make it look as analogue as possible.

This camera has an incredibly well resolved image from a 6K readout, with all of the pop and fine detail you’ll find on a high-end cinema camera like the Alexa. As an added bonus, those interested in slow-mo will find resolution in 1080/120p absolutely top of the pile in 2019 – there simply isn’t a better camera with a more detailed image in 120fps mode.

Although the body itself is under $1000, Fuji do a competitively priced range of XF lenses. I rate the 18-55mm F2.8-F4 very highly for a cheap do-it-all lens. Those lucky enough to have much more expensive Super 35mm glass can pair it with vintage Arriflex cinema lenses via a PL adapter for the most 1970’s Hollywood-like results. 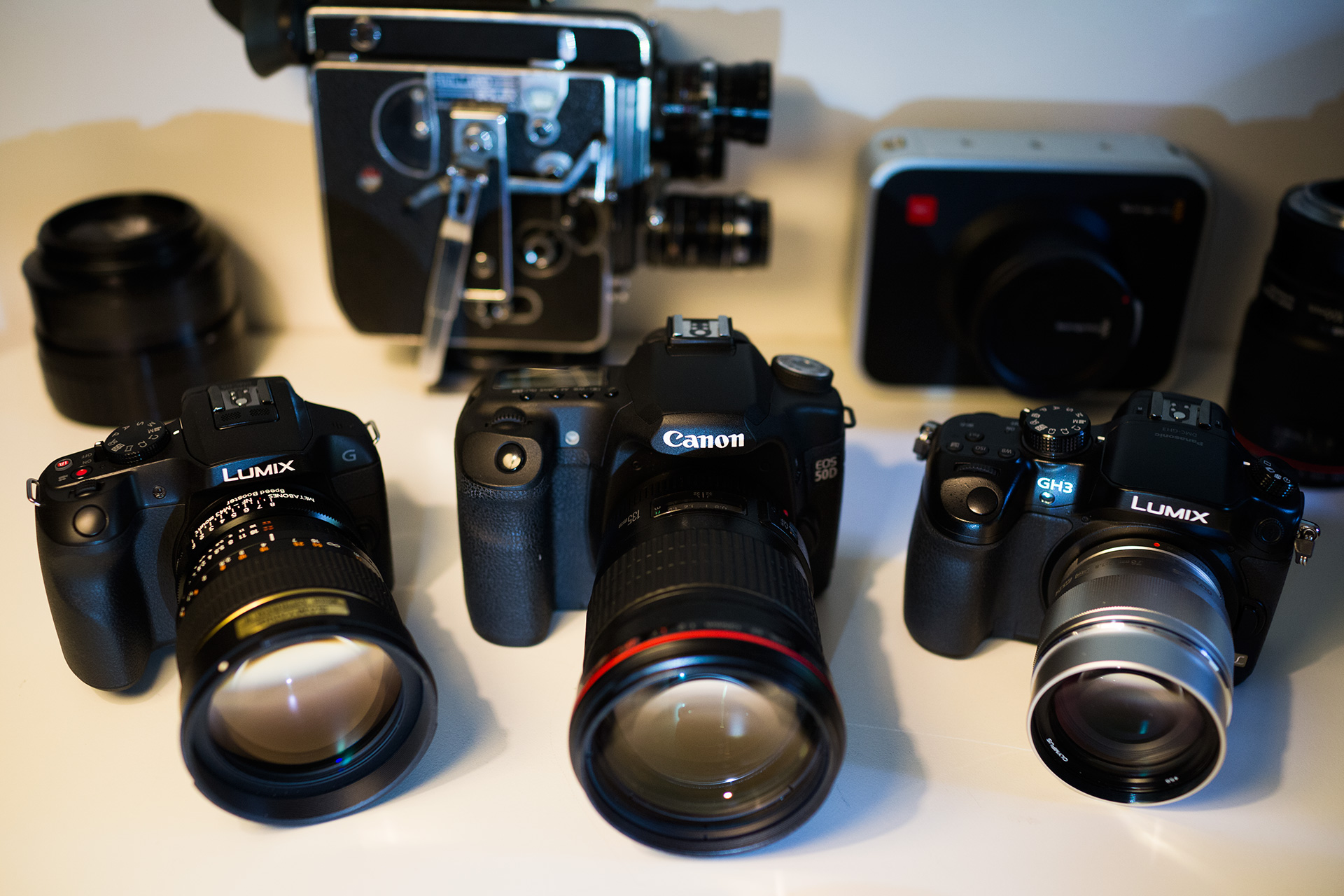 The best, cheapest Super 35mm RAW camera is again another Magic Lantern monster. The 50D is even older than the 5D Mark II, but unlike many other APS-C Canon bodies it has a fast Compact Flash card slot capable of RAW video at resolutions approaching 2K. These can be upscaled and still look perfectly fine. There is also a very useful 3:2 “full gate” mode suited to anamorphic lenses.

Like the 5D Mark II, the image is imperfect compared to more modern cameras – a little bit of moire and false detail – but it somehow feels less like a problem in RAW than it  did in the days of standard H.264 video, and the film-like grain texture in low light is lovely. There is a 1080p crop mode in RAW as well, which is a 1:1 readout with no pixel binning or line-skipping. The fine detail in that mode is quite incredible and it’s superb for close-up shots or gaining a second focal length to your fast primes. 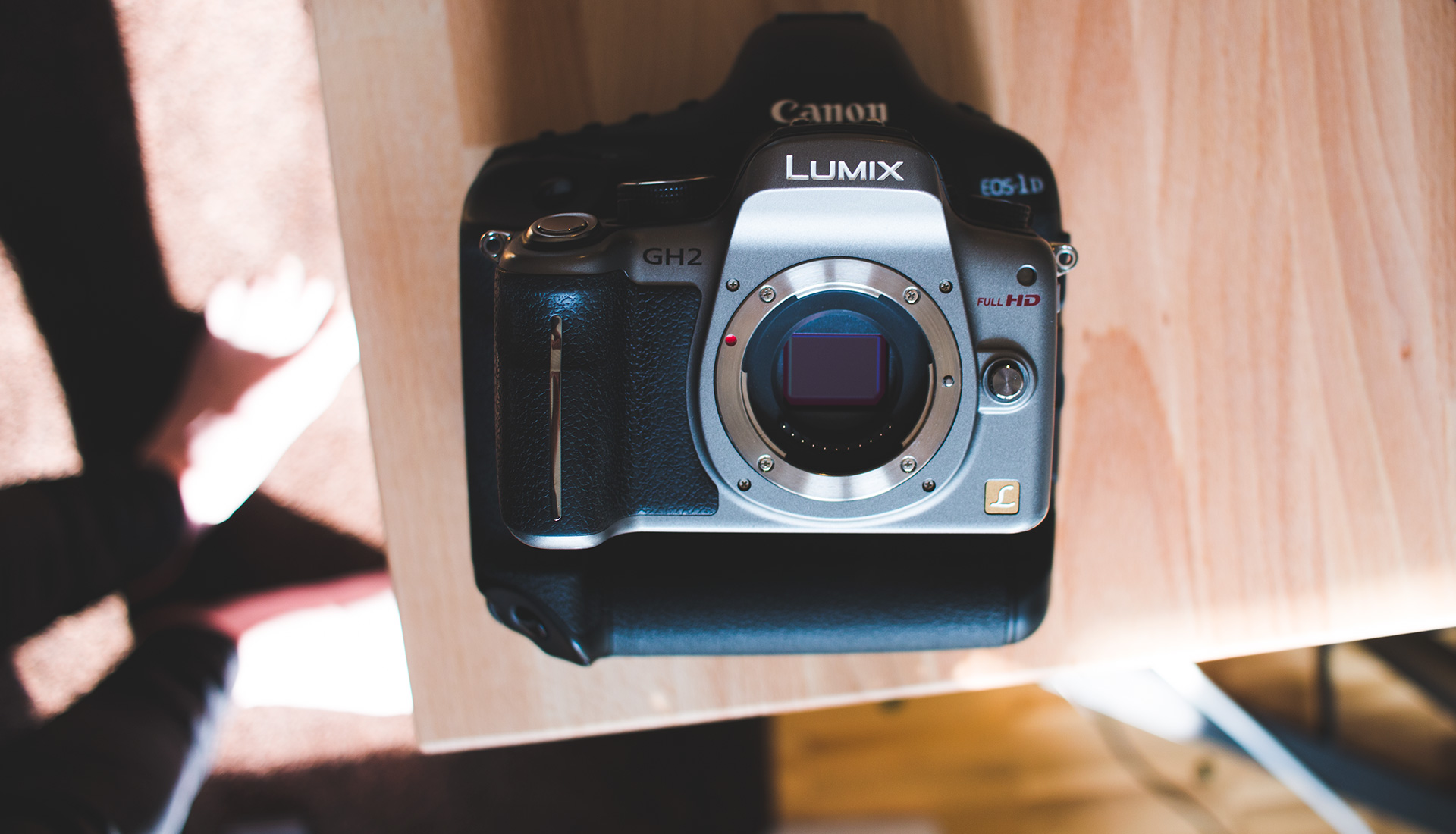 The high-bitrate codec gives a film like texture, with a very fine noise grain which stops it looking too clean and modern. Although colour and dynamic range fall a long way short of an Alexa or RAW on a large sensor Canon, you can more than make up for it with good light and vintage Super 16mm c-mount lenses.

I have fond memories of this camera, and it really was head and shoulders above the rest for a long time. Let’s not forget Francis Ford Coppola’s endorsement in a blind test by Zacuto. Not until the Sony A7s and BMCC did a rival camera come along that focused on video shooters. The GH2 kicked the 5D Mark II stock H.264 video mode into the long grass on a technical basis.

I only wish Vitaliy could have continued the hack project. Really it reached the limits of what the firmware could do without being rewritten from the ground-up. If anything like Magic Lantern RAW Video happened on the GH2, we’d still be shooting with it today.

What a pity Panasonic still hasn’t offered it on a newer camera.

Can be had for under $1000 used now – just about. There is something very appealing about the video from this one. It will never rival a 4K system for fine detail but it has some of the creamy look of an Alexa going on in the skin-tones, in the shadows, everywhere in fact – and the ability to use EOSHD Z-LOG significantly improves dynamic range. The Nikon codec is fantastic, although only a 1080p camera – so is the Alexa in ProRes.

By the way, if you’re wondering where the Blackmagic cameras are in this list… Well, really you are best off spending a bit more than $1000 and getting the latest Pocket Cinema Camera 4K. It isn’t a full frame camera, it isn’t a featured packed one and it isn’t a sub $1000 camera but it does deliver the digital cinema goods. The original BMCC had a lovely image and so did the original Pocket, but really I prefer the 5D Mark II full frame RAW to these – and at $500 used, who can argue with that?!