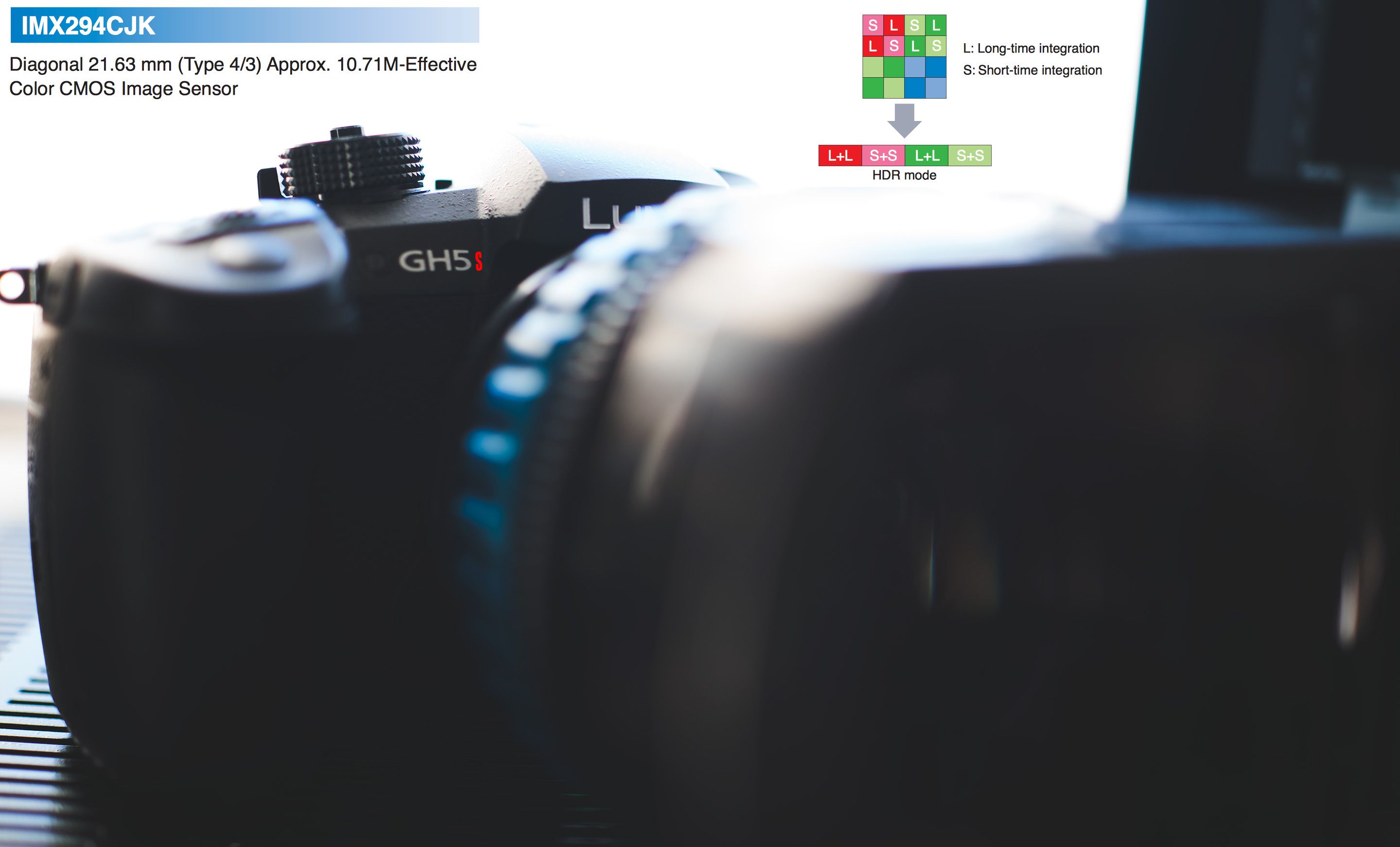 In the last few weeks you may have heard rumors about the Panasonic “GH5S” from the usual places. It all sounds quite compelling. Rather than a high megapixel stills and video hybrid, the “S” model would focus even more on cinema with some astounding capabilities not seen on anything remotely similar.

But hang on to your GH5 for now, until Panasonic officially confirm what is coming! Remember these are just rumors and there is no price mooted – it could be much more expensive than the GH5 and not as capable for stills.

The rumor sites are ablaze with info though, and although it is disappointing that information always seems to illegally leaks out to clickbait sites rather than actual, real journalists and reviewers, users have been making some interesting observations which I’ll comment on now.

Apparently, Sony have a new Micro Four Thirds sensor dubbed STARVIS which is a 10MP chip with incredible low light performance and hardware features new for 2018. Compared to the older Sony A7S II sensor it benefits from years of advances in manufacturing and CMOS technology… The readout on this chip is the fastest I have ever seen in ANY sensor destined for a prosumer mirrorless camera or DSLR.

What is super interesting is that it’s one of the first with on-chip hardware support for HDR, which means a 4K HDR compatible image is created by the sensor using what Sony calls “Quad Bayer Coding HDR”. More on that in a moment.

The rumors also point to the same body shape of the GH5 but with the updated ‘red ring’ design motif first seen on the G9. I half expected Panasonic to try a new form factor for the GH5S to appeal to videographers, maybe a Canon XC10-style chassis – but I am happy with the tried and trusted if that is the case. 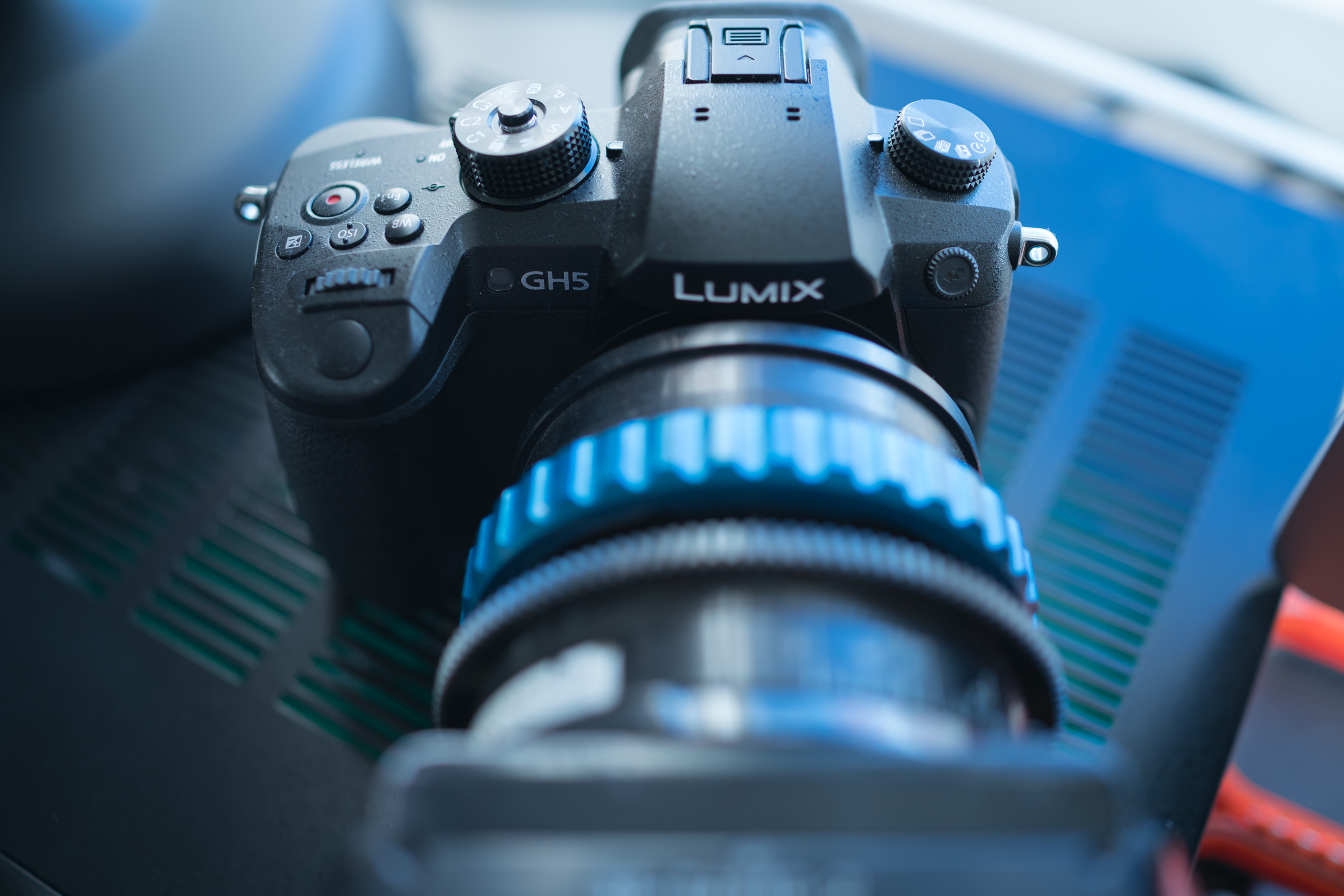 Some rumors say there is a Panasonic event on December 15th. I can neither confirm or deny that 😉

It is such a fast sensor that it is able to output 4K at 120fps in 10bit. Will the 4K 120fps be implemented by Panasonic? If they pair this sensor with a very expensive image processor to create the GH5S it is going to be unique on the market.

A release date of February is mentioned, at a higher price than the original GH5. Is it too soon to replace the GH5 for many videographers? Well, just the rich ones so that’s ok. They probably spend more on taxis! The rest will get better value for money by sticking with the GH5 especially if you use it for stills as well. It will be great to have the option of GH5 or an upgraded pro GH5S, rather than the latter not exist at all – and you can’t slow the pace of technology in this day and age. The new camera is again Micro Four Thirds mount, and that of course means the same size sensor as the GH5 not a Super 35mm chip like the EVA1, but in reality this means larger than Super 35mm thanks to the various Metabones Speed Booster adapters. You can’t make the EVA1 larger than Super 35mm as the big Canon EF mount on it blocks the glass in such an adapter.

According to the rumors the GH5S will focus on low light performance, higher frame rates, even less rolling shutter and more dynamic range, at the expense of some stills features and 20mp resolution. It is essentially a native 4K sensor, which means no 6K anamorphic mode either.

With the new sensor, in standard recording mode there is the 4K 120fps, but in HDR recording mode, it will do 4K 60p maximum and there might be a loss of detail in exchange for more dynamic range. It might even be that Panasonic choose to implement a high dynamic range mode at 2K instead of 4K. Let’s wait and see.

Sony say this about the new sensor:

“The IMX294CJK uses a Quad Bayer structure, and outputs data binned in 2 × 2 pixel units in normal mode. In HDR mode, integration can be divided into long-time integration and short-time integration for each 2 pixels in the Quad array”

I think essentially this means less ghosting on moving edges in the frame, compared to combining two alternating frames at different exposures to create an HDR image.

This could mean the GH5S might finally exceed film’s dynamic range, and offer 15+ stops. 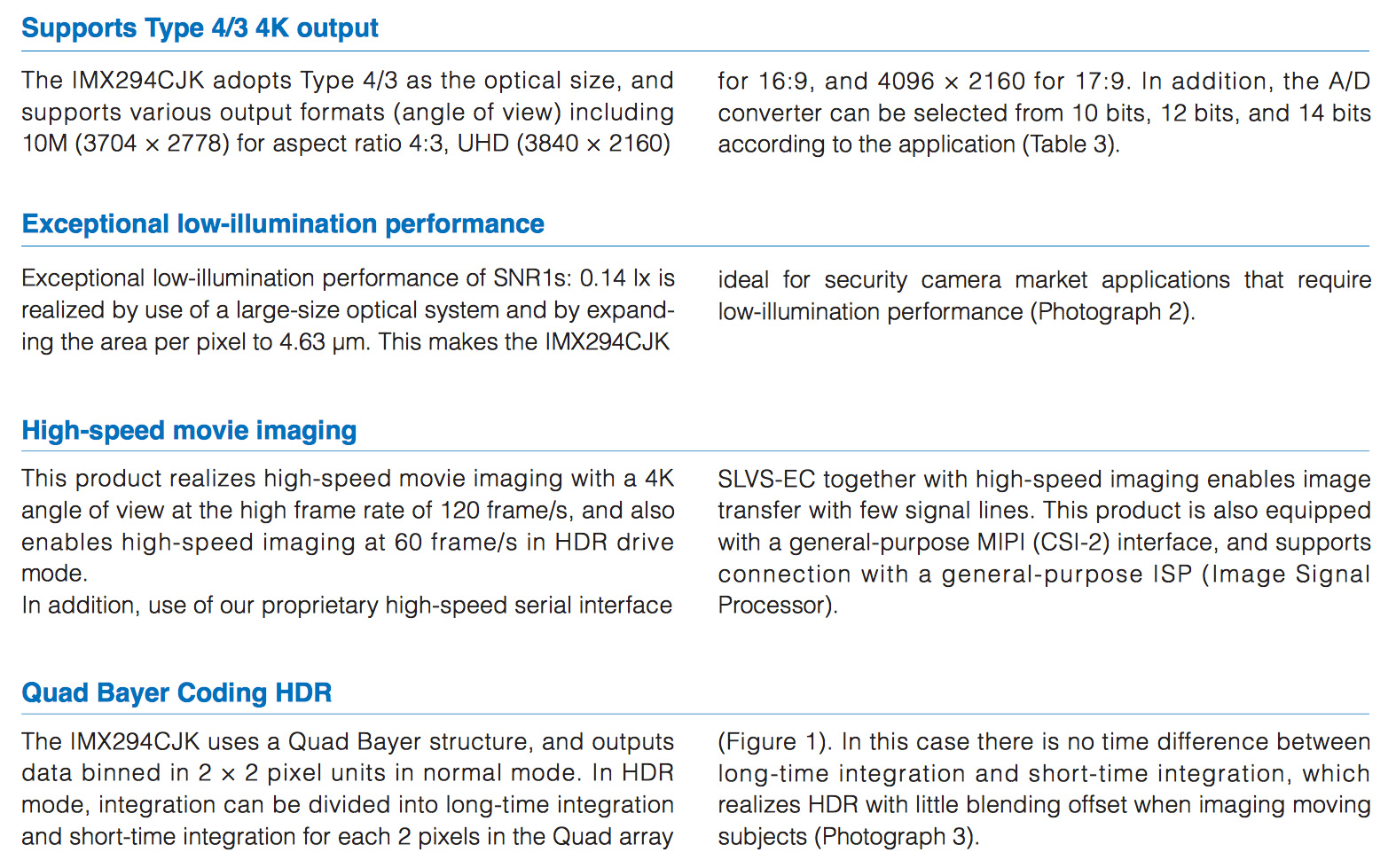 The sensor resolution is 4168 × 2176 and some users have speculated it could offer Dual Pixel AF. I very much doubt that as I believe Canon would have to license their patents and wouldn’t do so to a product directly competing with their own Dual Pixel AF DSLRs! I am speculating here though.

What the faster sensor DOES allow is faster video AF in contrast-detect mode!

The resolution allows for 4096 x 2160 with a bit of extra pixels to spare at the edges. What are they for? I fully expect the camera to maintain 5 axis image stabilisation – even though I am sure the faster sensor might get hotter. Will Panasonic find a way to cool it in such a compact body with 5 axis stabilisation? A big challenge but they have a stunning track record here.

By the way the sensor has a 2K binning mode which allows for 12bit instead of 10bit. I wonder if Panasonic will implement a 12bit codec for 1080p and even RAW? At 2K, this would definitely be possible with light compression to the fastest SD cards. I hope they do it.

It’s going to be an interesting Christmas.