It’s common knowledge in the camera industry that RED owns an important patent for a cinema cameras featuring compressed RAW.

Unfortunately, Jinni Tech is not the only one to get on the wrong side of RED:

In October 2010 I wrote some satirical free-speech on this very blog joking about the ‘cult’ of RED users and making light of the non-delivery of Scarlet. RED at that time put into motion a $70,000 libel lawsuit versus myself in an L.A court, which I couldn’t afford to defend. In return for an out of court settlement (to avoid a legal default), RED wanted me to sign a non-disparagement agreement within 48 hours. I didn’t even have a lawyer to read the agreement, yet I had no choice but to comply within “48 hours” and sign it. Since then as a result, rarely have I commented on RED at EOSHD due to the chilling effect of this incident. Whether RED had real legal basis to do this I will never know, but it sure did shut me up.

An excerpt from the legal text is below:

“1. Non-Disparagement Agreement. Reid, on behalf of himself, www.eoshd.com, and any affiliate or successor in interest to www.eoshd.com, agrees to not disparage RED, Jannard, or Landmine in any way, and specifically agree not to make any statements, written or verbal, or cause or encourage others to make any statements, written or verbal, that defame, disparage or in any way criticize the personal or business reputation, practices, or conduct of RED, Jannard, or Landmine, or their employees, directors, or officers.”

RED have incredibly exciting technology and some incredibly talented people. Graeme Nattress, responsible for leading much of the work on the codec and colour science is chief of them.

The factual substance of Jinni Tech’s claims will require careful examination by the camera industry and RED technology licensees. I am not a lawyer so I make no claims whatsoever on whether Jinni is right or not, so I am not going to comment on that aspect.

I don’t set out to disparage RED but the important thing here is that we understand whether or not the RED camera patent was filed correctly and on time as that is what Jinni Tech takes aim at in the video? In addition, I’d like RED to do the right thing and apologise to myself for their actions in 2010. No longer do I want a non-disparagement agreement hanging over my head! I want to stop living in fear of my own opinions on my own website. 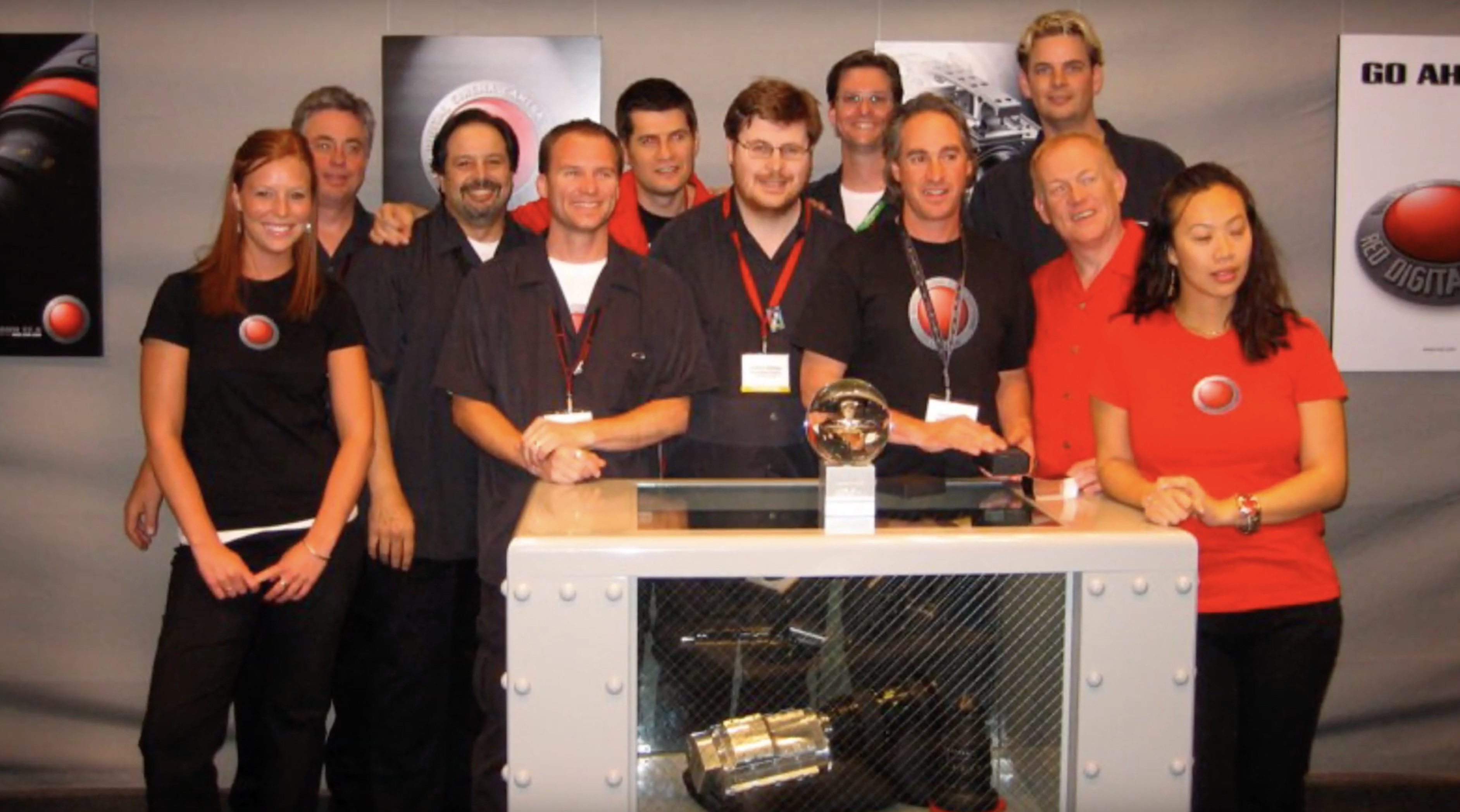 Obviously, RED have enforced their patents since filing them.

As you may know, it’s alleged Blackmagic had legal issues with Cinema DNG RAW as a result of violating RED’s patent covering compressed RAW codecs. As a result they dropped Adobe’s codec and implemented BRAW.

It’s also alleged Atomos signed a licensing deal with RED to be able to offer RAW recording in their recorders.

Sony settled various lawsuits with RED and counter-sued, although I am not familiar with the outcome or gains for either side, it involved 4K RAW recording.

To the outside world and competitors it seems RED’s patents are huge source of income and a competitive advantage.

Now Sigma is due to offer Cinema DNG RAW recording on the Fp (externally to an SSD in 12bit but possibly internally at 10bit pending last minute testing), it is likely RED can make a claim here as well.

Jinni Tech’s video above is based on a 2018 dispute v RED in court documents.

A patent swap or licensing agreement can be perfectly valid mechanisms in business and it’s only fair that innovators are rewarded for their proprietary technology.

As a true example or not, it is interesting that the RED Komodo uses Canon’s RF mount.

Jinni Tech starts with an examination of RED’s Touch 4.7 monitor revealing non-proprietry $50 Chinese parts, alleging the “Made in USA” claim is against the law and FTC rules.

Jinni Tech’s video then goes into a forensic examination of the history of RED’s embryonic camera development starting 2005.

His central claim is that RED didn’t file camera patents covering the camera system and compressed RAW codec until 2008 but sold and publicly demonstrated cameras based on the patent in 2006. In the video, Jinni Tech points to US patent office law, which states that a patent cannot be granted if products have been offered for sale or demonstrated in public more than 1 year prior to the patent application. See the text highlights in yellow.

If Jinni Tech’s allegations are true, any claim RED had in the form of key patents over their technology can be challenged.