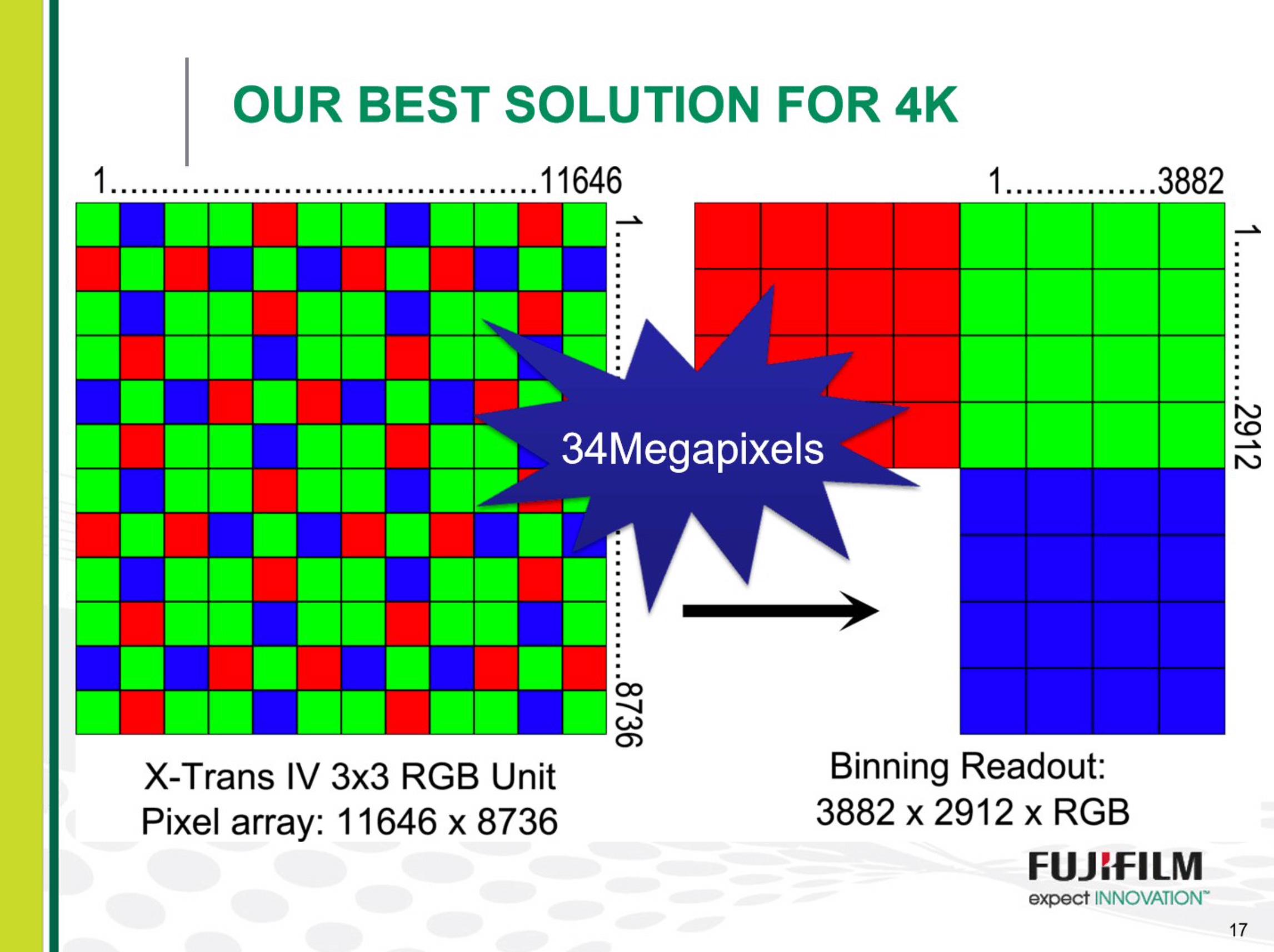 With Canon debuting the C500 II today, demand for a full frame in a C-series body is clearly there but Fujifilm is looking further into to the future. Their X-Trans IV sensor technology has already debuted in the GFX 100 and X-T3 but I can reveal a leaked slide-show shows Fujifilm might be taking the technology much further than we believed…

Building on the 4K output of the recent GFX 100 medium format camera, the camera is rumoured to feature a similar 100 megapixel sensor, but a 34 megapixel output mode used to generate a ‘perfect 4K image’. In the presentation, it is compared to several pro cinema cameras such as the Sony F55, a Canon C500-type body and Panasonic Varicam.

Furthermore the company just registered 3 new cameras. One of these is expected to be the upcoming X Pro 3, but rumours suggest one of them is a large format 44×33 “GFX-H100” for filmmakers.

As with all rumours there are doubts, but mow ask yourself the question –

Why would Fuji push the video specs of this sensor so hard if they have no intention in going beyond the GFX 100 with a video optimised model? The 4K 10bit video on the GFX 100 is already much better than it needs to be for most users of that camera.

I will be fascinated to see what Fuji come up with using this technology.