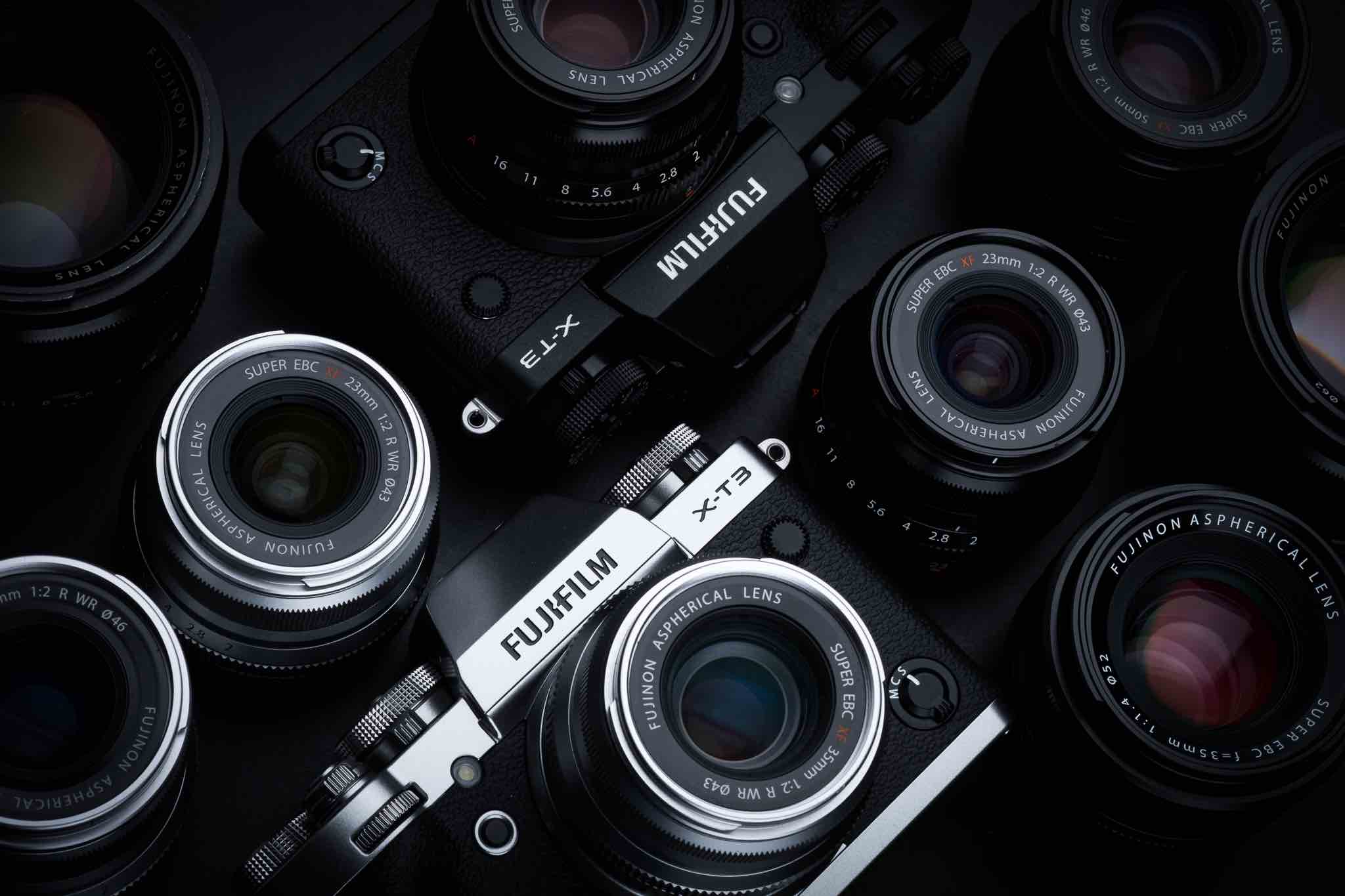 Video on the new X-T3 is quite a surprise and shows how seriously Fuji are taking filmmaking, even on their most photographer-orientated cameras. Film Simulation goes 10bit for the first time on the X-T3, along with F-LOG (internal) and a future firmware update later in the year will add Hybrid LOG Gamma and BT.2020 colour.

There are big improvements to the sensor, to speed up the rolling shutter to 17ms in 4K/60p which puts it in the realm of dedicated pro movie cameras.

That said, the HDMI output is 4:2:2 in 10bit all the way up to DCI 4K 60p. There is only a very small and wobbly micro HDMI socket though, not the full size one found on the GH5.

The new X-Trans 26MP sensor has a 1.5x faster readout than the X-T2’s chip, which was already a very fast sensor and the quad-core image processor is a full 3x faster than even the most recent X-H1! Seriously impressive silicon.

Slow-mo 1080/120p mode is said to have improved detail levels (TBC in real world testing) and can now be recorded at super-high bitrates in H.265 10bit at 200Mbit. It does however come from a 1.29x crop of the sensor, to maintain the better detail levels. The X-H1 used a pixel binned full width readout of lower resolution and then upscaled to 1080p.

In every way the X-T3 is an extremely responsive camera, promising a DSLR-like level of speed. It has a 0.3 second start-up time, compared to 1 second for the laggy Canon EOS R with its old processor technology.

In addition we now get over 2 million phase-detect AF points on-chip. AF in 4K/60p video mode promises to be right up there with the latest Sony mirrorless cameras (possibly even better).

The X-T3 provides one of the best EVF on the market. It is a huge 0.75x magnification, with 3.69m dot resolution, comfortably beating Sony’s EVF on the A7 III.

You can magnify during 4K recording to check manual focus, which is quite rare and something the GH5 doesn’t do. Like the X-H1 the manual focus ring on Fuji X-mount lenses can be toggled to a predictable and repeatable linear movement, compatible with a follow focus and even the focus direction changed between clockwise and anti-clockwise. Also the X-H1 movie film mode “Eterna” is present on the X-T3.

At this point you are probably wondering – why get an X-H1? Well, the X-T3 goes without 5 axis in-body stabilisation. That’s a real shame. Not may of the Fuji lenses have optical image stabilisation. The ones that do, I find work very well. Also, not much of the body ergonomics have changed to facilitate the fantastic video mode. There is still no dedicated movie record button (WTF) and the movie mode is hidden away on the fiddly drive mode lever (far left shoulder… again WTF). 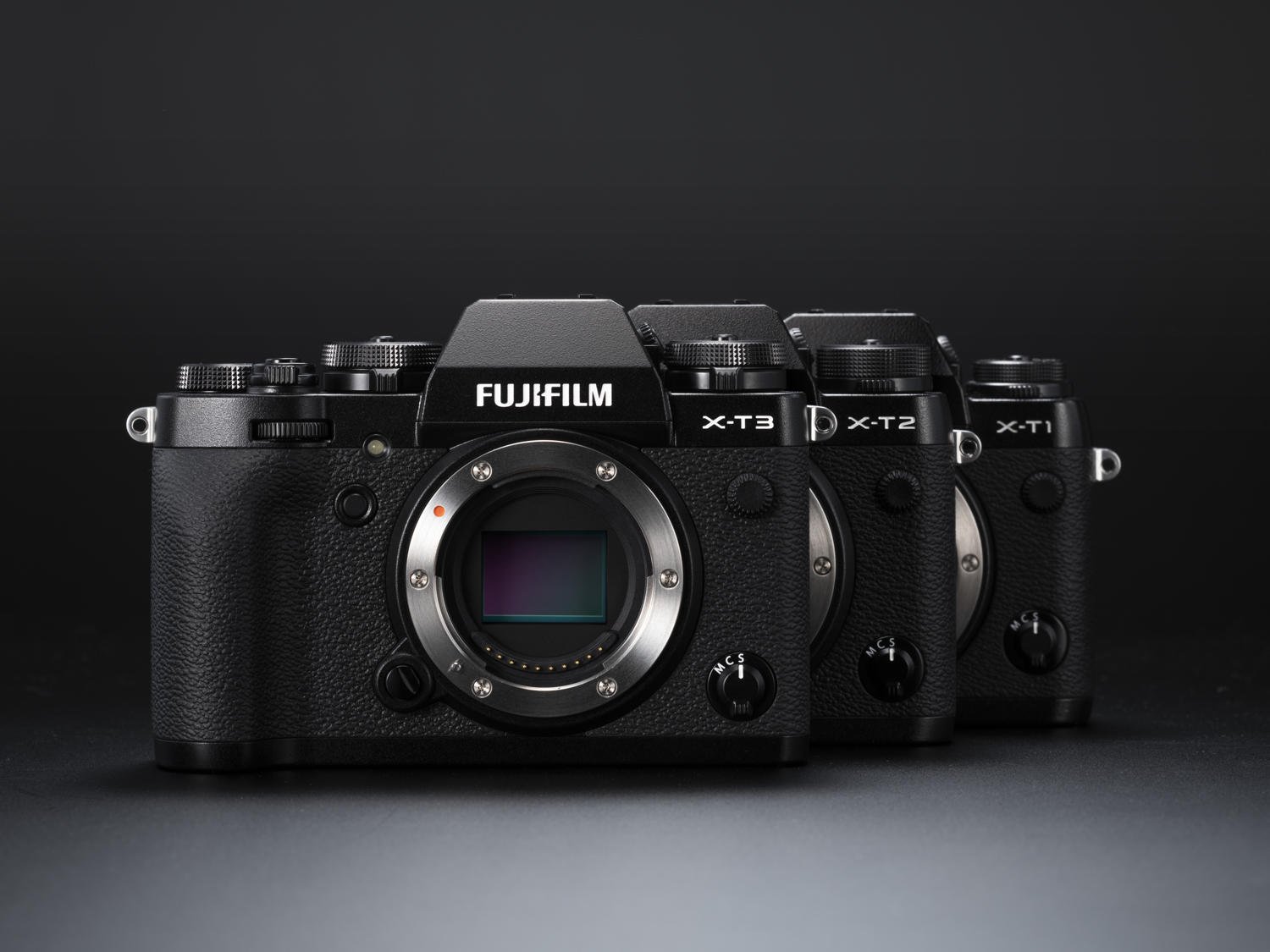 We won’t have to wait long to get your hands on one. The X-T3 will begin shipping 20th September for $1500. This makes it by far the best value for money Super 35mm interchangeable lens camera for 10bit and 4K 60p, although the Micro Four Thirds sized Blackmagic Pocket Cinema Camera 4K is still the one to get for the special cinematic sauce of 4K RAW and ProRes.

Fuji now has a special “X-Cinema” section on their website devoted to the rapidly growing filmmaking capabilities of the mirrorless cameras. You can check that out here. Maybe Canon can also check it out, they might learn something?

Some of the features of the Fuji X-T3 really do rival a dedicated professional cinema camera. The rolling shutter is really minimal. The codec is extremely powerful, and makes the Canon C200 look ridiculous. There is now inter-frame noise reduction like the Sony FS5 and 4K 60p 10bit is UNIQUE – at least until the Sony A7S III comes out. You will be paying double for it on that camera though, so the X-T3 presents an extreme bargain along with the Panasonic GH5.

As far as I can tell there is no extra crop in 4K like the X-T2 and X-H1 (however small) but I will need to confirm this in a real-world test later in September. It appears that video recording comes from the full width of the 1.5x crop APS-C sensor. It can now run for a continuous 40 to 50 minutes on one battery in 4K, so as far as I can see there’s no early time-limit cut off for continuous 4K recording like on some of the other Fuji cameras. It isn’t 100% clear from the specs whether there is a 29min 59sec tax-related limit on the European models.

The only real shortcomings are the small battery and lack of IBIS. You will need extra batteries or the power grip for serious video recording. It isn’t super-clear from Fuji’s information if the camera has any thermal limitations, either. With all that power under the hood some good-old real-world testing is needed to see if it has any overheating issues.

If you don’t see a need for 4K 60p or 10bit, then the X-H1 is perhaps the nicer one to use for video. I really like the ergonomics on that camera and the stabilisation is extremely powerful. It has a great codec, even though it’s 8bit. I am sure the X-H2 will come next year with the X-T3’s new sensor and codec, so you could also wait for that one.