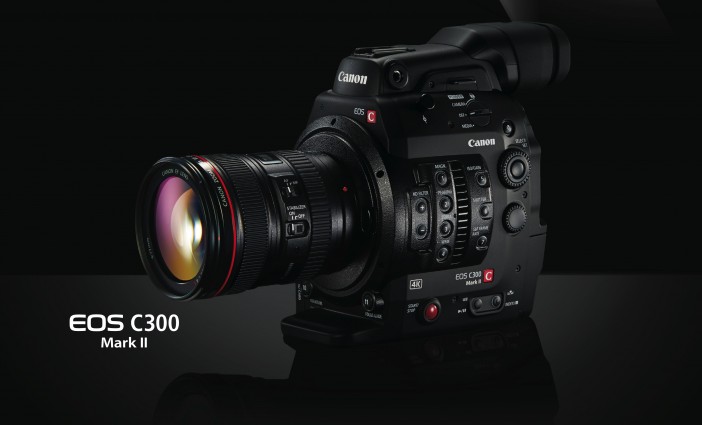 Various sources have suggested that the C300 Mark II is having difficulties coping with the run-away success of the Sony FS7 on the rental market.

Is it truly being left on the shelves? EOSHD analyses an unexpected situation…

What is going on with Canon’s flagship Cinema EOS camera?

The Canon C100 and C300 were really successful for Canon especially on the rental market.

However their higher end ‘niche’ cameras, the C500 and 1D C were more attractive to the big Hollywood players, rather than to the broader, global video industry.

Now Canon have come out with another high end camera, this time a direct replacement for the C300 rather than the C500.

The C300 Mark II was released to lavish praise from observers as is common with almost every camera Canon release. However, various people have told me it has tanked on the market.

This would tally with Canon’s sudden $4000 price reduction on the camera in June, very early in the shelf life of this camera (just 8 months after it began shipping).

Now rental houses have been forced to relinquish stock on the used market, having bought too many units for what people are actually using.

The work-a-day video industry seems to have stuck with the original C300, not seeing the point of a 4K codec or Dual Pixel AF. The C100 Mark II meanwhile offers a way to get Dual Pixel AF for for a much lower day rate. To make matters worse, the original C300 had Dual Pixel AF enabled later, a bizarre decision by Canon. This is just my personal opinion but A – why was it not enabled from the start if the sensor was fully capable of it? And B – why give it away on the old model when it is the main selling point of the replacement?!

Meanwhile, the C500 which has the same sensor as the C300 has had no Dual Pixel AF update at all despite being higher up in the range and more expensive. Many of the productions using a C500 of course have manual focus pullers and a crew so demand for the feature didn’t register. But the question remains the same – why disable something in a flagship camera in the first place after going to the expense of designing and manufacturing it?

“My regular rental houses have had to sell most of their C300 II stock, because not many people are renting them. In their words, the C300 II is a flop (in the UK).

“One of them was literally begging me to rent the 1DC, and offered me half price.

“They’ve all had to buy a lot more Sony FS7 stock, because the demand is very high. It’s also hard to get an FS7 at short notice.

“The glaring omission from the C300 II is 4k60p and a rubbish 120fps mode. That’s the reason why the cheaper FS7 is favoured. Canon really screwed up on that one.

“Also the omission of basic video features from the 1DC is completely unacceptable and ridiculous. Lovely camera though, like always!

In fact why DOES Canon continue to heavily limit the video feature-set of their cameras in DSLR form factors, even when they carry the Cinema EOS badge? 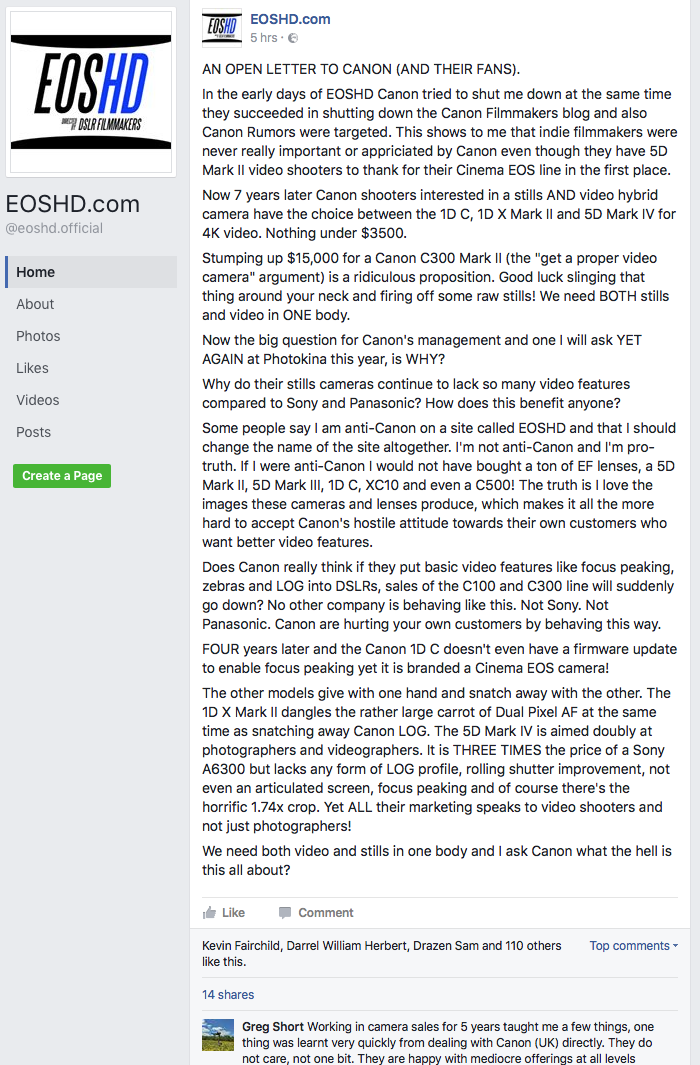 Coming from more than one source, it does look as if there’s some truth in the Sony FS7 being the more popular camera at rental shops.

Some of these are direct first hand accounts on my forum which is home to a very representative slice of video professionals around the globe.

If this is indeed a widespread phenomena then Canon should maybe, just possibly, start listening to people who tell them they are WRONG rather than just the paid up core fanbase of Canon shooters.