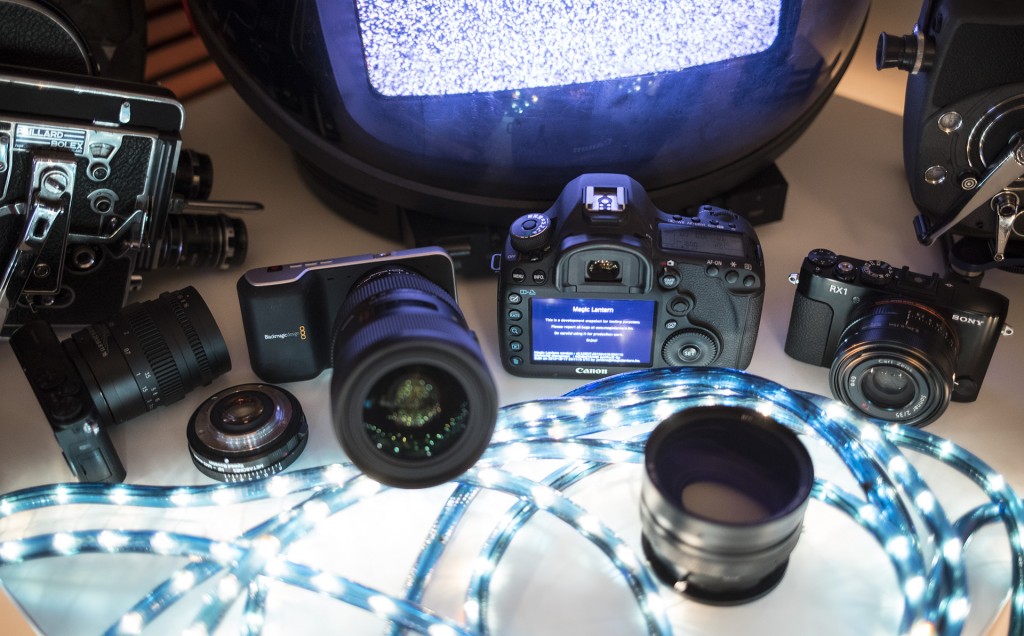 Psst… I’m having an end of year clear out

Where would we be without the end of the year and the impending doom that is Christmas? Enjoying summer? Revelling in the most fruitful year for filmmakers and camera geeks on record? I’d much rather 2013 just carried on!

Magic Lantern’s achievements have always been pretty incredible and they’ve been doing this for a few years now. However 2013 saw thee first major image quality improvements which you absolutely had to shoot with.

Raw video especially was a revelation.

If I were to choose just one thing on this list to stand out in 2013 it would be this. Aside from ‘just’ the astounding technical achievements the great thing is that unlike a certain Russian GH2 hacker, Magic Lantern are genuinely level-headed, nice bunch of people who are easy to get along with. There’s no clashing ideologies, no politics, no empire building – just a love of exploring and uncloaking the amazing stuff this technology is capable of. Magic Lantern is not merely a hack or just a way into the firmware, where you can edit existing settings as happened on the GH2. It’s a whole platform of development work and software built on top of the Canon operating system.

There’s also the open source philosophy which underpins all of Magic Lantern’s work which I really love. That spirit of freely distributing and opening up your work to collaboration. It’s a shame Canon themselves don’t seem to see camera firmware in the same way.  Cameras have evolved into computers but I’m afraid some of the older managers at camera companies have missed the boat – on a more mainstream level where would the Apple iPhone camera be without Instagram for instance? Legal worries about Canon’s possible response have already stifled some aspects of Magic Lantern – namely their ability to raise funds, quit day jobs, focus full time on development, invest in tools and give us 4K video on the 1D X.

Whilst raw video on the 5D Mark III had a transformative effect on the camera, Blackmagic, Panasonic and Sony had the Metabones Speed Booster. At the start of the year the first E-mount Speed Booster almost made me dispense altogether with full frame and stick to the Sony FS100 (a camera whose image has been somewhat underrated and neglected in the era of raw video). It isn’t just the ‘speed boosting’ affect on low light performance but it really is like having a larger sensor in terms of the look you get from a lens. Super 35mm on the Panasonic GH3 and full frame on the Sony FS100. It’s a great tool and a must-have accessory for those who love the full frame look but don’t love full frame DSLRs for video.

Sony’s imaging department generally has younger management in key positions as well as an overall extremely young team working on products. Sony have always been at the head of the pack when it comes to the sophistication of their core technology but the application of it has sometimes been a little lacking. I think the NEX series and FS100 were a good example of this – lovely sensors but rather poor delivery in terms of ergonomic design. However since the RX series, A7 and also since the new Sony F5 cinema camera, it seems to me like they have got better at making cameras that handle like cameras. These new models feel great – like something you want to shoot with (and they look the part too). Of all the cameras I’ve used most outside my filmmaking this year the Sony RX1 stills camera has been the one I’ve turned to most often. A full frame compact with 14 stops of dynamic range compared to 11.5 on the 5D Mark III, it also benefits a lot from Sony’s partnership with Zeiss with a simply incredible 35mm F2.0 lens on it. Now let’s hope they make a swift move into putting 4K on their cameras. 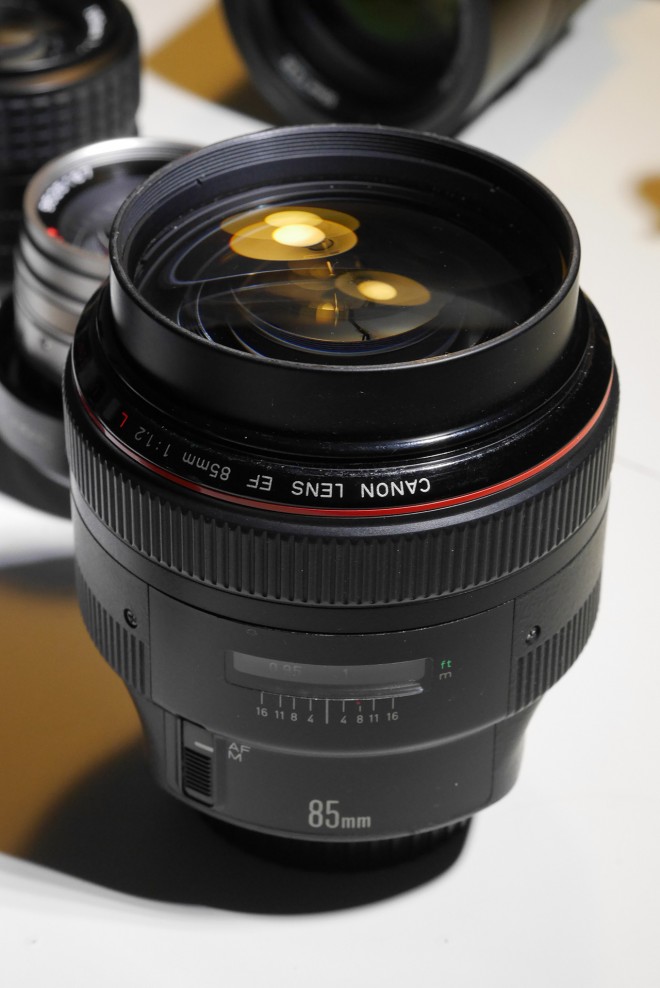 I’m absolutely addicted to the used camera lens market. I have more lenses than I will ever really need and it’s becoming rather ridiculous! The Canon 85mm F1.2L Mark I was developed in the late 1980’s with fashion photographer DNA through and through, before the bean-counting / marketing obsessed era of modern Canon kicked in. I’ve not yet given it much coverage on the blog, but this is the best lens I’ve ever used. Hands down. I unearthed the gem for £700 at London Camera Exchange in Manchester (UK), and the newer Mark II version is a rather ridiculous £1800! So dive into the world of older used lenses, the perseverance pays off in the end.

Everyone I spoke to prior to this lens being made said that anamorphic was too much of a niche, that it was impossible to do a high quality new anamorphic for consumer prices, but as they were speaking an SLR Magic prototype anamorphic had already been made (that was over a year ago). Now the final version is here and I’m hugely impressed with it. Since the supply of used Iscorama anamorphic lenses has rocketed in price over the last 3 years, a new supply of anamorphic lenses has been much needed. Iscoramas now feel like rare antiques that you should keep in glass boxes rather than use on a shoot – it scares me to death whenever I use mine for anything. I worked with Andrew of SLR Magic as a sounding board really, to mull over the look of the lens flare and what kind of the anamorphic this should turn out to be. I didn’t get all my own way (I advised a 2x stretch ratio) but he did listen and it felt like we were both on the same page. I hope when it ships people will enjoy it, because it’s a snip at $899 compared to $3500 for an Iscorama. 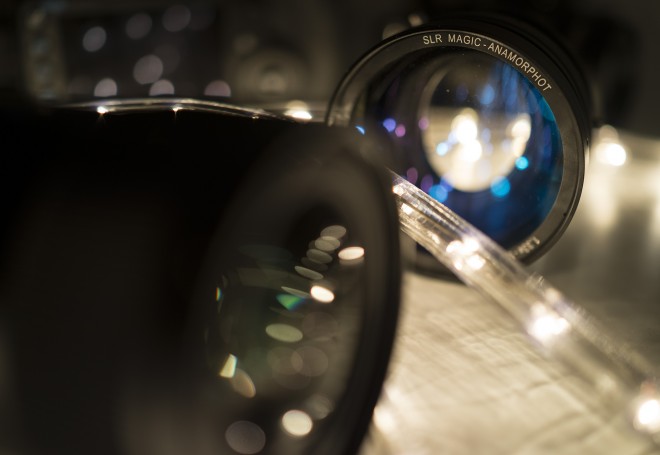 At one point I assumed Sigma would never make any exalted end of year list but suddenly it all changed. They produced two classic lenses which will stay with us for years if not decades – the new 35mm F1.4 and 18-35mm F1.8. The new fast prime absolutely trashes the Canon 35mm F1.4L and even my Leica 35mm F2.0 R – by virtue of using newer technology coupled to some unknown genius I am sure somewhere in their midst. The optical design is very clever on both lenses. The 18-35mm F1.8 rivals the best Hollywood cine zoom lenses when coupled with the Speed Booster and stopped down slightly. It really is not a case of getting overexcited by the specs sheet. I’ve used it and it is sharper than most of my primes!

An obvious one for the list because despite the flaws it creates some of the most beautiful imagery under the Canon 1D C . That it costs 1/12th of the 1D C and is a totally different camera is kind of both to the point and also moot. I wish the major manufacturers with their billions and huge R&D resources were giving us what the 350 employee Blackmagic are. 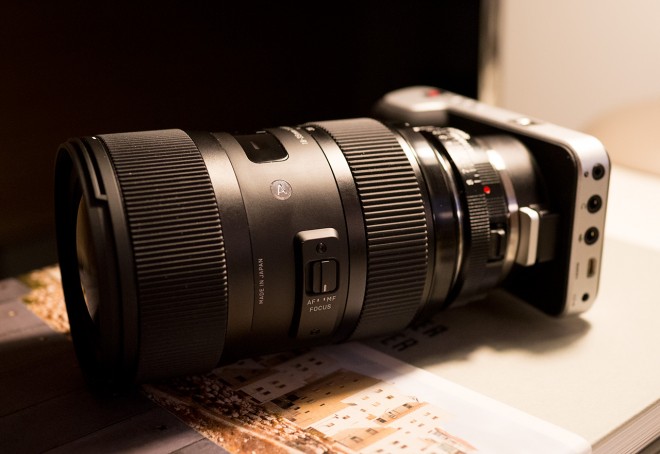 400fps video and 60p bursts of 4K raw stills? Yes please – if only more cameras had features like this for $400!! The admittedly somewhat limited-use (but impressive for certain things) raw aspect got overlooked as the timing of it was shortly before the 5D Mark III yielded to Magic Lantern and croaked out a magical raw video mode. But, clearly, despite rather significant failings overall as a camera system the Nikon V1 had some interesting sensor technology under the hood. The Nikon V2 improved on it by offering a larger buffer and faster write speeds for your 1.5 second bursts of 4K raw magic.

No better image quality and no larger feature set has ever been in a camera body this size before. It’s as simple as that.

What are your favourite things of 2013? Which camera inspired you the most creatively? Tell me here.

3 things which didn’t impress quite so much

Here’s my Canon range of bodies alongside my Sony collection – a bit of a lack of bio-diversity going on isn’t there? 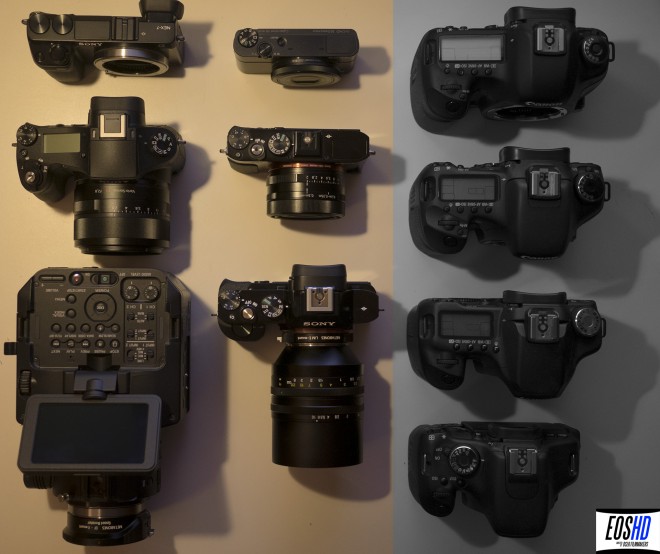 With regards Magic Lantern, a big “no-comment” followed the most innovative thing to happen to Canon DSLRs in years, followed I am sure by high level meets on how to stop it. I was actually in touch with Canon persuading them to put a statement out one way or the other either to the affect of A) we won’t honour your warranty if you install Magic Lantern so be careful with it or B) we think the features are excellent so let’s get behind it. The silence was deafening and extremely unnerving for the team of developers.

If Canon are really unhappy at people running third party software on their cameras, they should consider adding the features offered by Magic Lantern in the first place. This wouldn’t require any changes to the shipped cameras in stores. Instead it’d take the form of an optional officially sanctioned firmware update for “advanced users” with optional modules to install if, as and when each individual feature is needed by the user. But the problem is, Canon a hardware company run by previous generations of middle-management that don’t really appreciate the importance of software. In the world today, actually more people use computers than cameras to take photos.

On the Fuji – no manual control, and not even 24p. Shocking “is my camera broken” video quality from the bottom of the range to the top (X Pro 1). They seem to be completely uninterested in it. With Olympus it’s more tragic because they are completely wasting their superb 5 axis stabilisation for video on a subpar codec and a lack of 24p. The new Olympus OM-D E-M1 is actually a step back in resolution from the old model with an image processor which claims to solve moire and aliasing but doesn’t!

But overall 2013 has certainly seen more positives than negatives!!