The Canon 135mm F2L is at the moment my favourite lens on full frame.

For the kind of shooting I am doing here, I wanted to stand back from the scenery and punch in.

How does it perform?

Shallow depth of field is not only down to a fast aperture and a longer focal length but the distance of the subject from the lens.

The longer focal length and fast aperture allows you to place different parts of the composition on layers even if they are close together and relatively far away. 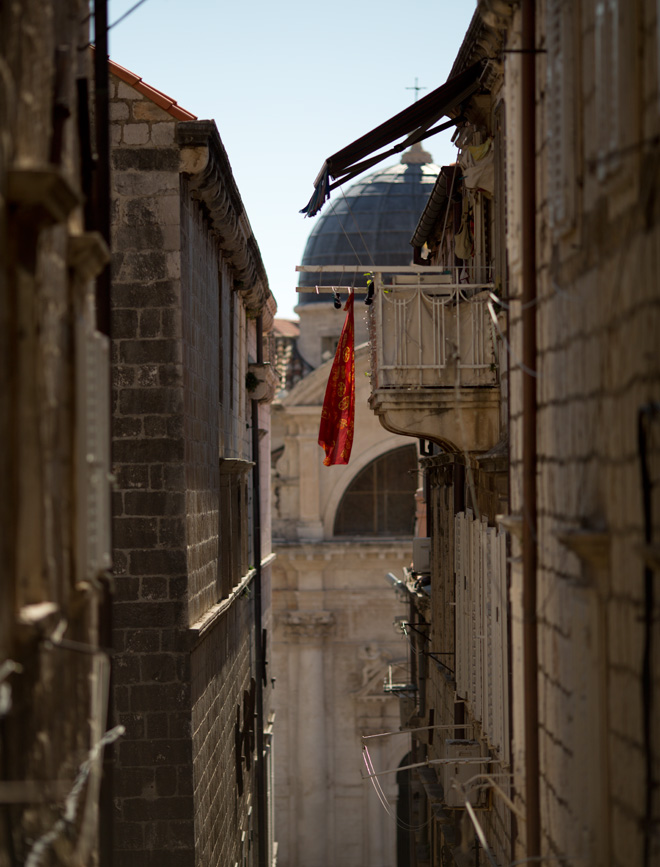 This really came in handy shooting the ancient Croatian towns of Dubrovnik and Sibenik on the Adriatic coast.

A smaller crop sensor would have rendered this shot with both the near and far buildings in crisp focus along with the red sheet. 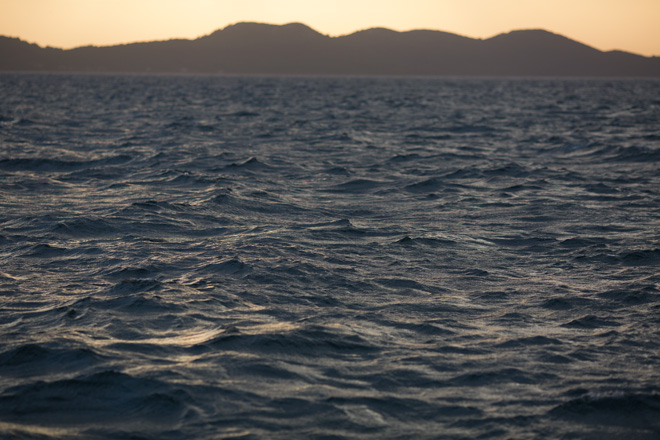 My original thinking behind going for the 135mm F2L was that I really enjoy the Zeiss 85mm F1.4 on the GH2. This is a full frame lens but on the GH2’s 1.86x crop sensor it works out at 158mm in terms of full frame. So for the 5D Mark III I needed something longer than 85mm. It isn’t telephoto enough for stepping back from real life and observing it at a distance.

Since the settings in Croatia were incredibly beautiful, I didn’t want a creamed out background all the time either. However, the challenge was that these street scenes were usually very cluttered, so to separate the composition into different planes of progressively sharper focus or progressively more blurred was very useful. I’m not talking just about a single steady shallow DOF roll off to the background – I wanted subjects with several distinct layers of depth in front of them and behind. These layers add texture and depth to a composition.

There’s not many lenses around the 160mm mark and a fast 200mm is very large to lug around so the 135mm F2L fits the bill.

In my opinion it is one of the best L lenses Canon have ever produced. 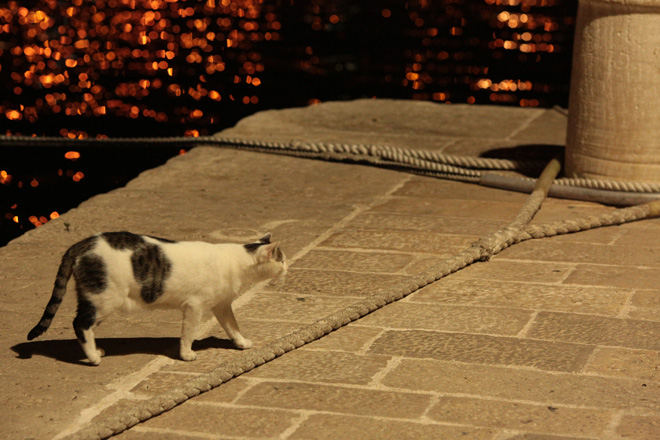 A lot of pros tend to go for the very big and expensive 70-200mm F2.8 instead and I can really appreciate that for practicality and speed, that range is to many situations more important than the F2 aperture. But for me, the 135mm F2L (as well as being much more affordable) is more beautiful, better in low light, more compact to carry around a location on foot for a bit of gorilla mood-piece making and it makes things more disciplined if you only have a fixed focal length. ‘This is what you’ve got now make it work’. I find zooms make me lazier.

So how sharp is the 135mm F2L wide open? The answer – very. Here is a JPEG still (as we all know judging optical sharpness by Canon DSLR video files is a bit of a folly), and I have cropped out the middle… 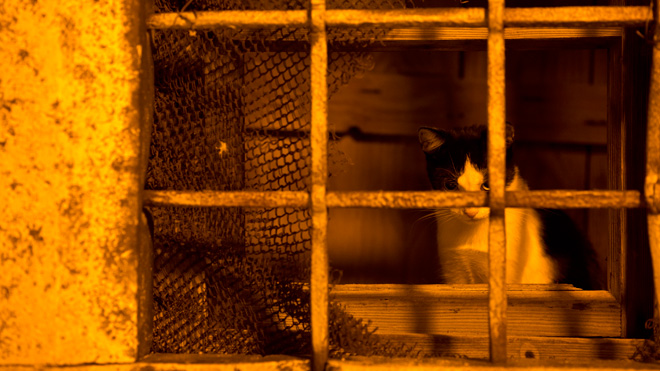 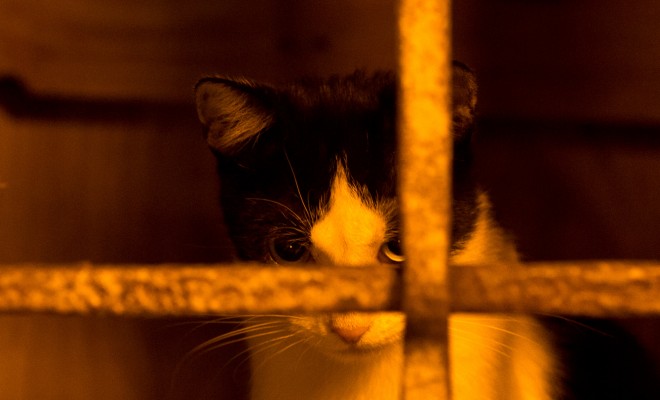 Resolving power is a very important aspect of a full frame lens – full frame is more demanding of sharpness especially video on the 5D Mark III which lacks the resolving power of other more video optimised cameras such as the Blackmagic Cinema Camera, Panasonic GH2, GH3 and Nikon D800. I find on the GH2 you need soft glass to help make it look more organic and less ‘over sharp’. On the 5D Mark III you need to do the opposite, sharp as hell glass. I remember Shane Hurbut saying the same, that standard EF lenses just aren’t sharp enough and that you’re best off with L lenses on the 5D. He’s right. (Though of course there’s a lot of other sharp glass out there from other manufacturers such as Zeiss and Nikon). 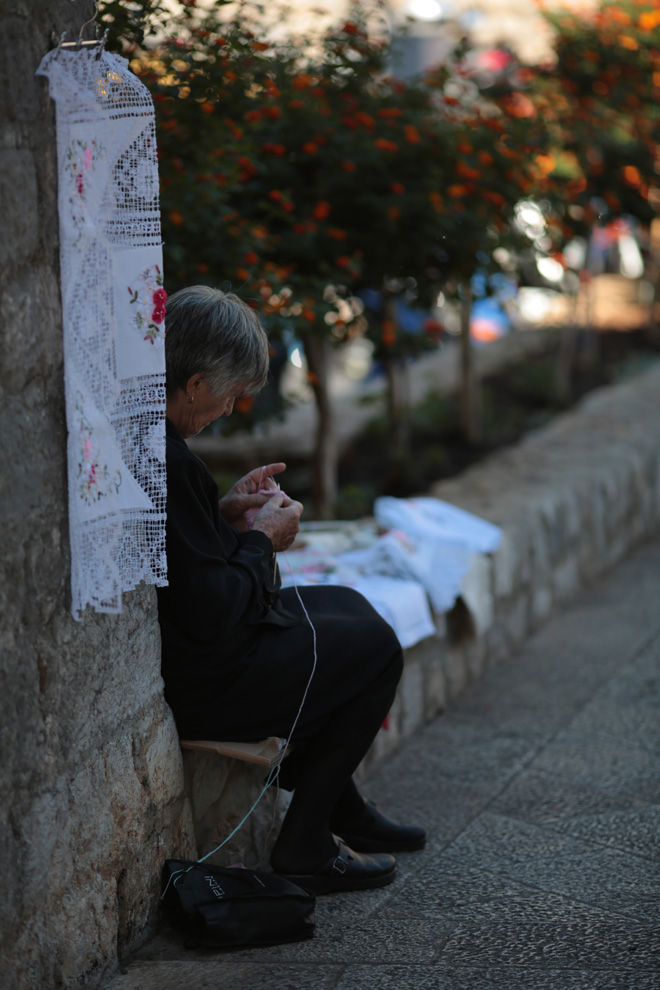 I also like the way the 135mm F2L renders bokeh. It doesn’t have that boring uniform bokeh, rather a slight curvature of bokeh towards the edges like the Voigtlander Nokton 25mm F0.95 wide open.

I picked up my 135mm F2L on eBay in Germany for 700 euros, which is right back towards the bottom of the scale in terms of L lens pricing. I see this lens in similarly glowing terms to my Voigtlander actually – they’re not cheap but they are so good it makes you less likely to spend more money on alternatives. I have far too many lenses and for this entire trip I had just the 40mm F2.8 pancake and 135mm F2L with me, and didn’t find myself really missing many others apart from the anamorphic collection. (I am by the way loving the vignette wide open on the 40mm pancake).

I also didn’t feel the urge to sharpen the image in post with this lens. This is down to two things – the first being that a lack of resolution shows itself more with a wide lens and the second is that the 135mm F2L is very sharp and yet has a very shallow depth of field which helps accentuate detail even more. 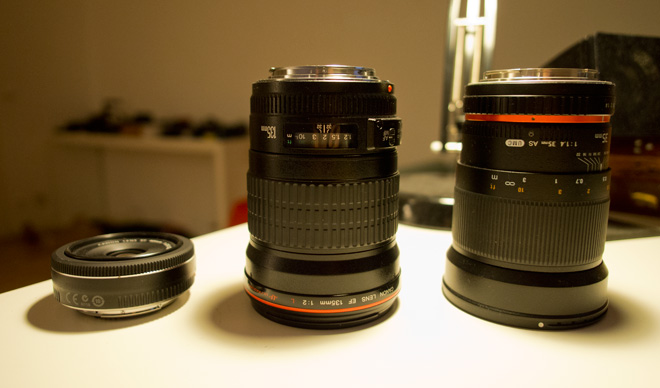 For stills, AF with a fast telephoto is essential as it is very difficult to nail focus at 135mm F2 wide open. I found the AF to be extremely good on the 135mm F2L, almost so good I didn’t notice it. The lens focusses right down to just 0.9m on the macro setting. It has a switch for this closer macro focus and if you select 1.6m as the minimum focus distance instead, that is to the benefit of AF performance at normal focus distances. The lens focuses internally and so there is no moving front element, unfortunately though like all modern Canon lenses the manual focus ring has no hard stop but it does have a focus scale reading.

I have also used the 135mm F2L on the FS100 and it works well with the Metabones V2 EF adapter, no issues with controlling the aperture on a Sony body. But I really do feel it is on full frame where a 135mm F2 shines. It has almost made me fall in love with my 5D Mark III again despite the rather uninspired video performance relative to some of the competition at the same price point. 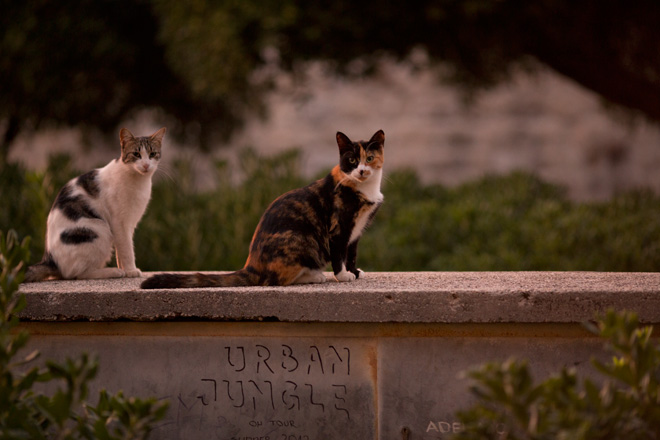 Croatia is an interesting place to shoot. Though the historic town centres are somewhat a victim of mass tourism now, with the ‘real’ life having moved out and the souvenir shops having moved in – there’s plenty of atmosphere and in some of the smaller towns like Sibenik you feel like you’re stepping back in time. We stayed on the coast and went from Zadar to Sibenik, then to Split half way down and Dubrovnik right towards the south. Almost on the verge of being wiped out by shelling in the 90’s Bosnian war as Yugoslavia disintegrated it is now a bustling holiday destination and one of the most photogenic towns in the world. I shot this video over a couple of nights, the first in Sibenik and the second in Dubrovnik.

This was a bit of a holiday for me but the blogging is going to pick up pace again this winter. On Friday 2nd November I will be shooting with the GH3 in Hamburg for Panasonic and thanks to CVP in London I have a Blackmagic Cinema Camera coming by the end of the week so plenty to look forward to on EOSHD!