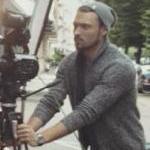 The GH5s with a speedbooster and XLR-1 gives you 90% of the functionality of the C100ii plus the added benefits of smaller size, 4k, slo-mo, HLG, dual native ISO, and more. If AF is a dealmaker/breake

True. I remember this interview i shot on XT2 where this mid-aged corporate geezer was like "when are you done shooting stills and setting up the video camera so we can get started" ? Can't imagi