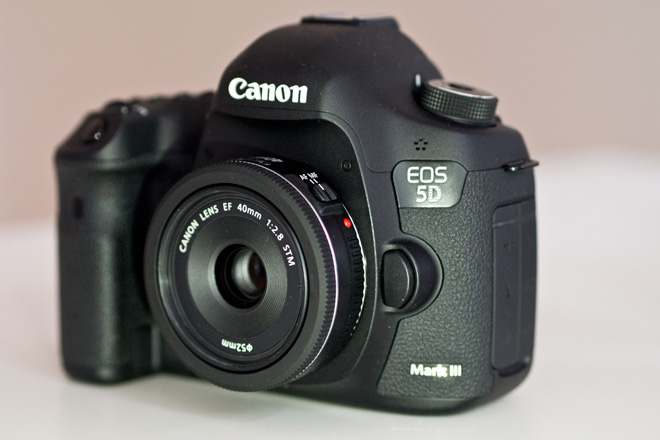 Canon’s first ever pancake has been cooked up. Is it sweet or a bit crêpe? EOSHD takes a look.

Even with the race to downsize camera bodies, pancakes remain a rarity in the camera kitchen.

Canon – so far resistant to the mirrorless movement (certainly a high end one) has produced a lens that seems to answer in part some of the advantages of cameras like the NEX 7 and OM-D E-M5 which seek to move away from the bulky mirror box system of an SLR. Along with mirrorless came continuously variable apertures, quieter AF motors, faster AF in live view and smaller lenses. This pancake addresses all of those features.

Small size is both a curse and an advantage. Having professional looking gear with heft does make a difference as to how you’re perceived by clients and your level of professionalism. But there are shooting conditions where the stealth advantage of mirrorless really comes in handy and certainly in the consumer market there’s a lot of demand for high image quality in a smaller package. 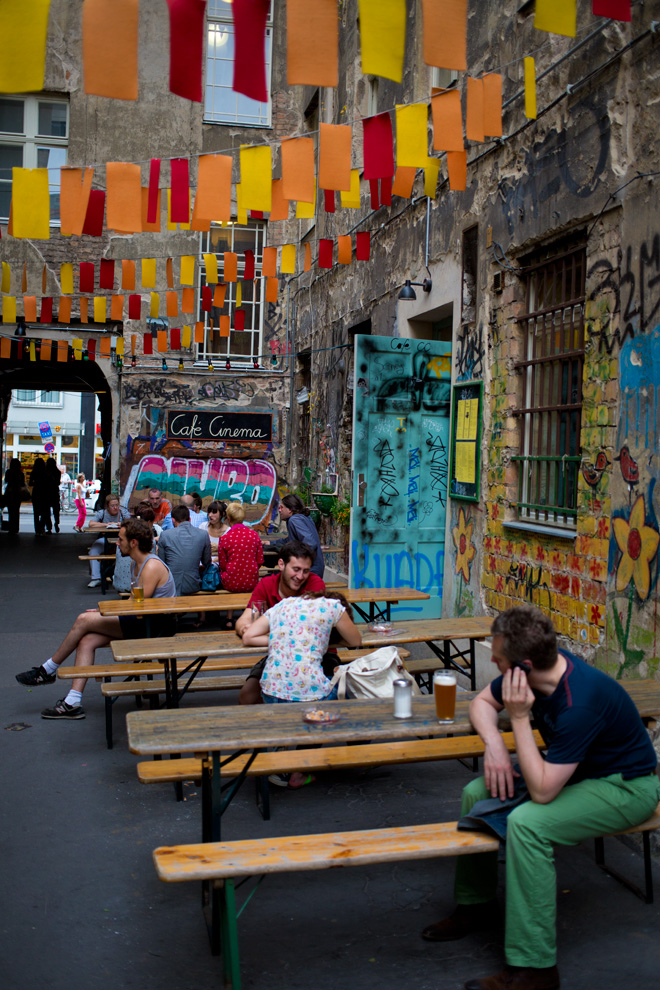 Right now I’d choose a camera like the OM-D over the 650D for handling preferences. I’d also choose mirrorless when I need to shoot video on the street or in a sensitive location like a buddhist temple or politically charged environment – but they do not for me 100% replace a full frame camera like the 5D Mark III because I still love the full frame sensor look and I’m willing to pay a premium for it. Lenses for full frame tend to be very hefty, so the pancake is very welcome. It does give you more stealth and it intimidates the subject less even on a comparatively big body like the 5D Mark III or 1D X. 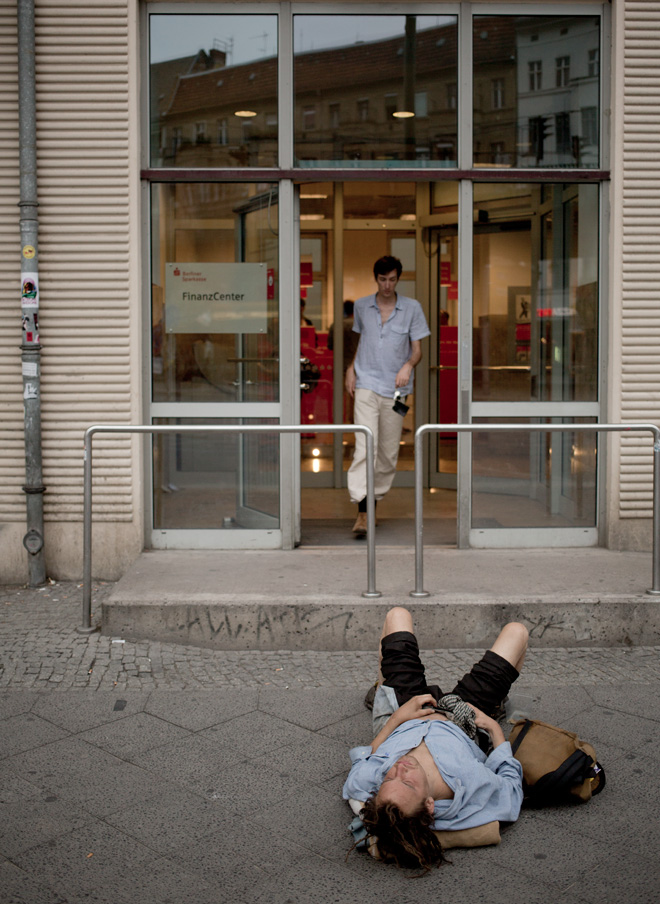 Of the other pancakes on the market I’ve used, the Sony NEX 16mm F2.8 didn’t impress me – a cheap lens which was extremely soft in the corners, but the Lumix 20mm F1.7 did hit the mark – especially on the OM-D which has a smaller form factor than the GH2. The Lumix also has a very nice fast aperture for low light – although it is one of the most expensive pancake lenses available on any system.

F2.8 on this pancake doesn’t bother me – but only because I’m using it on the 5D Mark III. A camera not exactly challenged in low light or for a shallow depth of field.

On a crop sensor, I’d have liked to have seen a pancake with a faster aperture. And since the aperture size and glass itself makes up a very small proportion of the diameter of the lens body, it should be possible to make a full frame fast aperture pancake without compromising size. Here’s a size comparison between the Panasonic Lumix 20mm F1.7 and Canon 40mm F2.8 pancake: 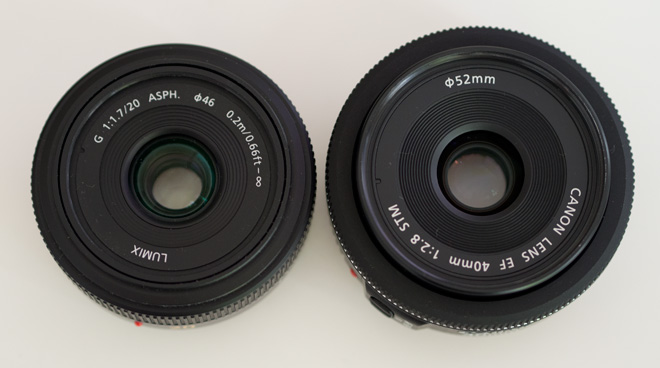 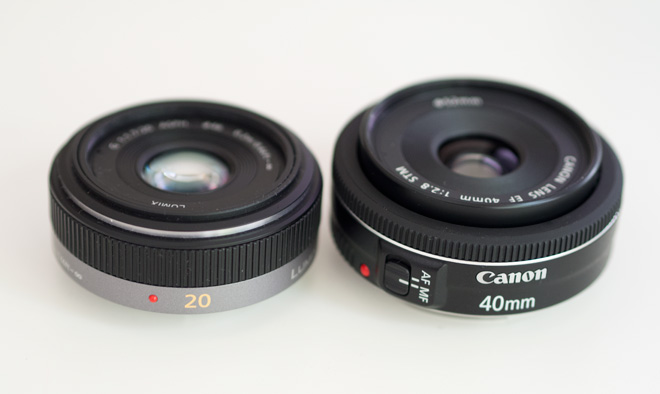 I’d actually rate the miniaturisation job as equal to the Lumix. Although the aperture is much smaller on the Canon, coverage is full frame.

The Canon 40mm EF F2.8 is one of Canon’s first ‘STM’ lenses which contains a quieter AF motor. But Canon have not chosen on this lens to mate that to an internally focussing element. It is not a silently focussing lens like the latest Panasonic and Olympus Micro Four Thirds offerings. The front element moves back and forth like the older Panasonic pancake. The lens is cheaper than 90% of mirrorless lenses though, especially those from Panasonic, so this can be excused.

The focus ring is fly-by-wire, and I’d rate the feel of the fly-by-wire system as way above Fuji’s X Pro 1, slightly ahead of Sony’s NEX lenses such as the E-mount 50mm F1.8 OSS but below Olympus and Panasonic’s Micro Four Thirds lenses in terms of overall responsiveness and accuracy. 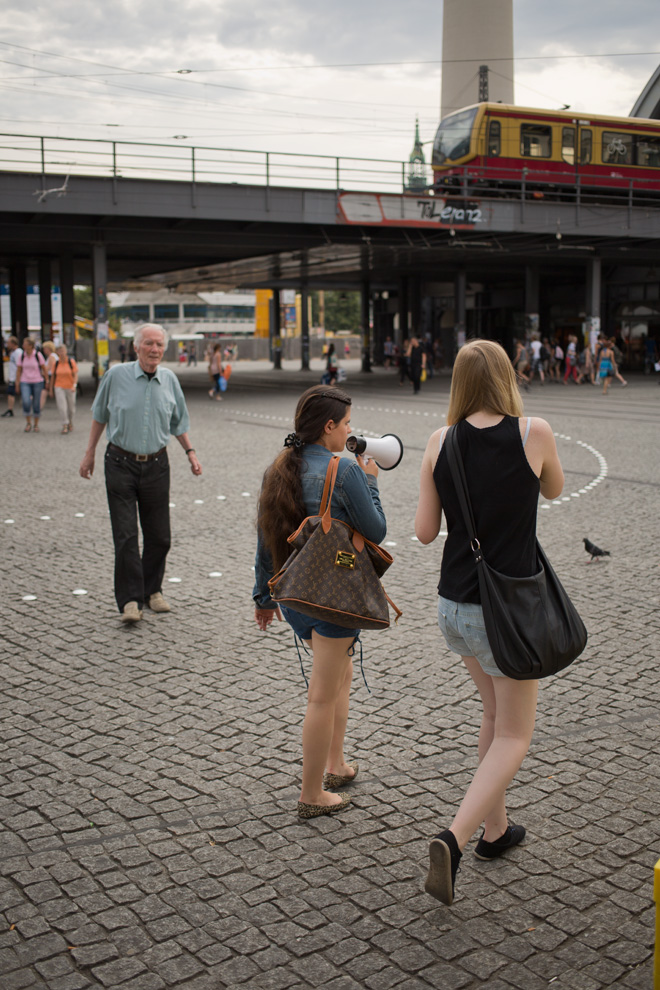 Alexanderplatz in Berlin shot with the 40mm pancake lens

The main reason I bought this lens was for the form factor and its hidden talents with an anamorphic lens.

Combined with an anamorphic adapter it helps to reign in the extended size of the lens assembly.

It also appears to be rare in that the sweet spot with an Iscorama anamorphic is actually at infinity on the lens not just a notch back from infinity. So this saves a lot of time and the hassle of checking this – and there’s less risk of focus being knocked off accidentally when shooting.

Happily despite having a fly by wire focus ring and new AF drive system the lens does work fine with the Metabones EF to E-mount adapter on the FS100. The adapter reports the correct F-stop, allows fly-by-wire manual focus on the lens as normal and for the aperture to be controlled on the Sony body. 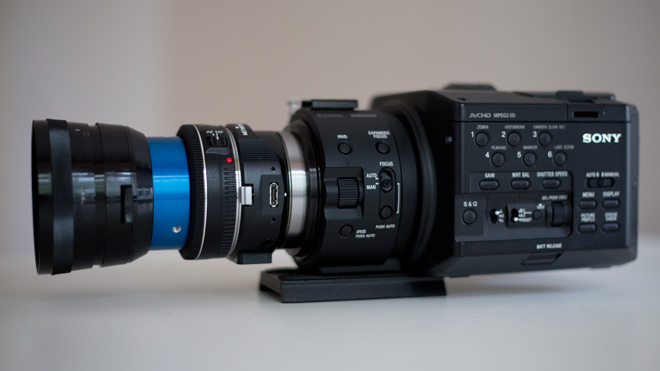 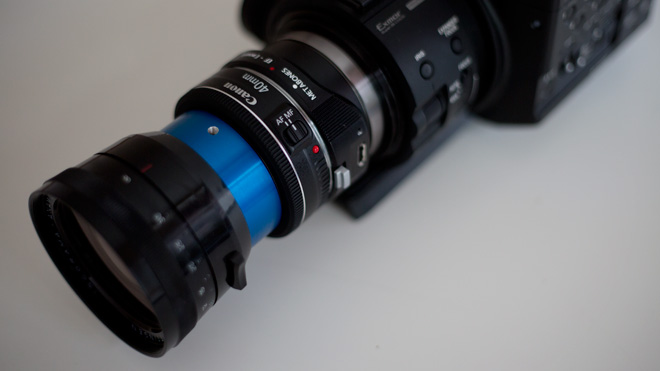 As you can see the ‘shorty forty’ takes up even less room than the mount adapter and is about equal in size to the anamorphic bracket!!

The Iscorama 36 is light enough not to require rails for support. Due to the shorter pancake there’s far less leverage on the entire assembly as a whole and especially the lens mount which is a good thing.

On the 5D Mark III the Iscorama 36 vignettes too heavily to be usable with a small crop. This was expected because 50mm is usually the limit with the Iscorama and even some 50mm lenses vignette as well. But on APS-C or Super 35mm sensors the combo looks lovely.

The pancake is extremely well built although it is a shame (if not unexpected for the price) that the inner lens housing and filter thread is an all plastic affair, unlike the back of the lens and the barrel which is tough and reassuring. 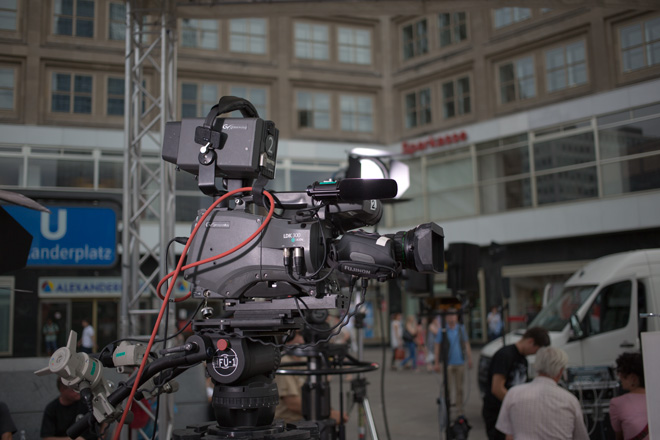 Canon have produced a decent lens here for the price. It does make your Canon DSLR more stealthy like a mirrorless camera. Well – 50% of the way there. It has advantages with an anamorphic as outlined above although that is a very niche use for it, it is the main reason I bought one. AF on the lens although not silent is fast, and the aperture seems to have the ability to be continuously variable rather than stepped in movie and live view mode on cameras that support it.

Close focus is excellent, right down to 0.3m or just less than 1ft. By comparison the already quite nifty Olympus 45mm F1.8 gets to around 0.5m and the Lumix 20mm to 0.2mm although that has a considerably shorter focal length. Vignetting is fair on full frame, no disaster and certainly not an issue on a crop sensor. Corner sharpness wide open isn’t great on full frame but again this is fine on a crop sensor. Centre sharpness wide open is pretty good, I’d say above average here as is suppression of lens flair although there’s some purple fringing when not removed in-camera or in post. Distortion I’d say it was average. Nothing to get too excited about here. Build quality though is definitely above average for the price range. 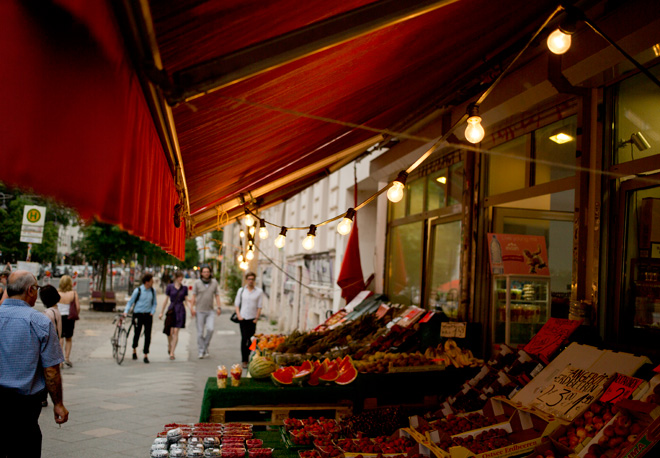 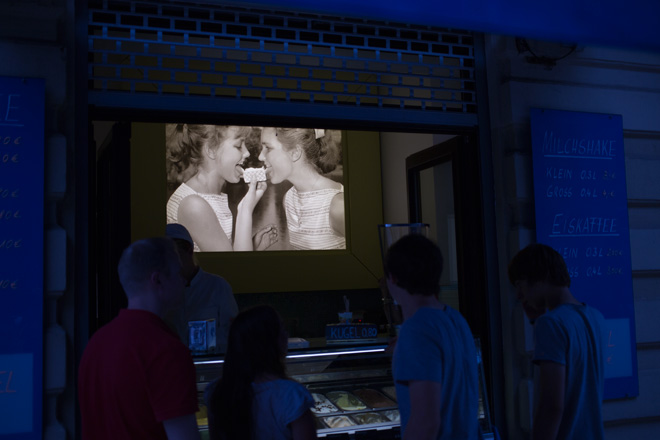