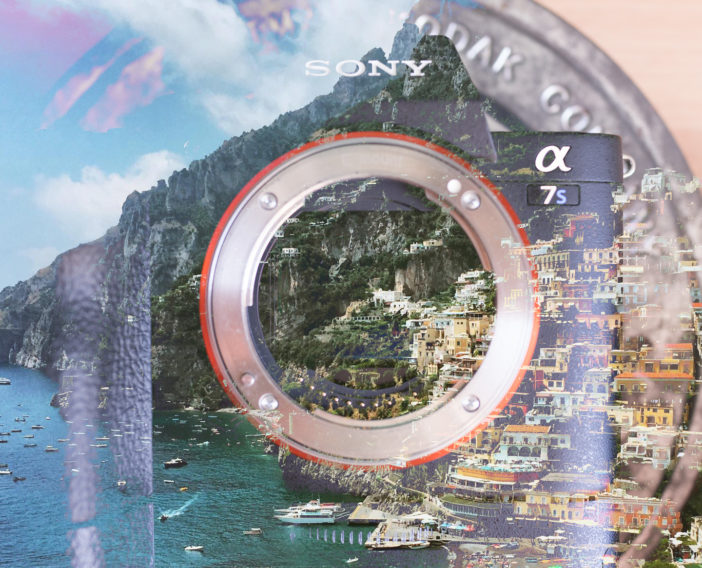 The video crop factors of the current 4K cameras, and an easy way to calculate crop factors…

Although there’s many full frame cameras that give a full frame image in 1080p, there’s only two that give us glorious full frame look in 4K – the Sony A7S II and Sony A7R II.

But that isn’t the whole story…

Crop factors can be calculated two ways. Photographic full frame and APS-C sensors have 3:2 aspect ratios – they are taller than the video standard of 16:9. Therefore 16:9 video is a cropped letterbox view of 3:2. However we don’t talk about this crop when we refer to full frame video, we only take into account the horizontal crop and take the different aspect ratio for granted. If you made a full frame size video chip it would be in 16:9 aspect ratio anyway. Therefore when we say the A7S II does full frame 4K video, we actually mean it uses the full width and resolution of the full frame sensor in 16:9 format, even though technically it is cropping the top and bottom of the 3:2 sensor.

This is leading to a lot of conflicting info online so I thought the time would be right to give a definitive list, calculating it myself using the same maths for every camera. 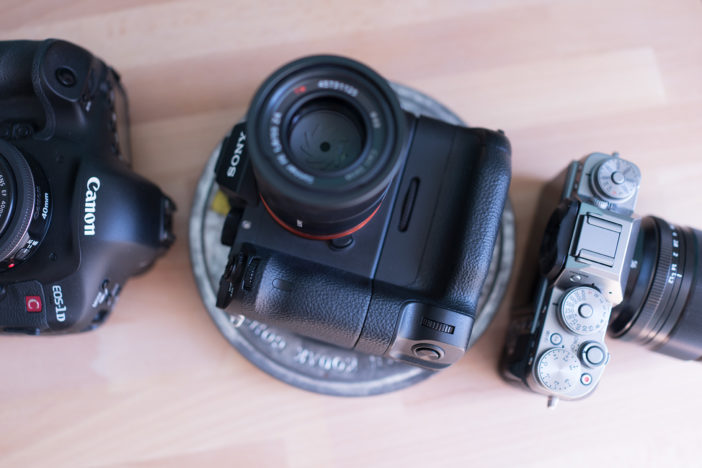 The crop factors are calculated simply by dividing the total horizontal resolution of the sensor by 4096 for DCI 4K and 3840 for Ultra HD 4K.

When the sensor is physically already smaller than full frame, any further crop employed in 4K is added to that base crop (for example 1.5x for the APS-C Fuji X-T2 plus a further 1.17x crop in UHD 4K).

The Sony A7S II and Canon 1D C give the best full frame (or close to it) image quality.

Those who have used both the A7S II and A7R II will know the A7S II has the better 4K image in full frame mode. The A7R II has to crop the full sensor to Super 35mm or APS-C (a 1.5x crop) to do true 4K quality. The full frame field of view on the A7R II uses a pixel binned readout to reduce resolution from 42MP down to the 8MP needed for Ultra HD 4K video. This method is also how the more common 1080p full frame cameras do video. The technique introduces moire, false detail and softens the image, as well as creating a splotchy noise texture at high ISOs. This is why pixel binning hasn’t been the preferred method of the manufacturers for 4K so far… Instead to maintain a high level of image quality they are nearly all using a 4K cropped window of the full resolution sensor, otherwise known as a 1:1 pixel crop.

Yet still, what I have talked about so far isn’t the whole story…

Of course E-mount (Sony), X-Mount (Fuji) and Micro Four Thirds (Panasonic, Olympus) mirrorless cameras can utilise various Metabones Speed Booster adapters to squeeze the full frame image circle of the lens into the smaller sensor area. Therefore a 1.5x crop sensor can give the full frame look to lenses when used this way and a Micro Four Thirds sensor can look like Super 35 (1.5x crop) depending on the type of Speed Booster.

Canon EF and Nikon F mount cameras cannot accommodate a Speed Booster so you are always cropping heavily through the middle of your full frame lenses on cameras like the 5D Mark IV and D5. This isn’t desirable as it hides the interesting artistic character of the lenses – the way bokeh changes shape as it reaches the corner and the way light falls off towards the edges of the frame. You also get a less shallow depth of field and a not-so-wide field of view from your 28mm and 24mm lenses.

Where is the sweet spot?

Obviously the Sony A7S II leads the field on sensor size in 4K but surprisingly the crop sensor mirrorless cameras tick quite a few boxes even for those looking for the full frame look. For instance with the Nikon mount Metabones Speed Booster, the Fuji X-T2 becomes a 1.23x crop (1.75 crop in 4K * 0.71 focal reducer), similar to the Canon 1D C and not far off the look of the Sony A7S II but for less money. It has the other benefits over the A7S II other than being half the price – like film-influenced colour science along with better white balance and better ergonomics.

Similarly the upcoming Panasonic GH5 works out at a 1.28x crop if we assume a 2x crop sensor with no extra crop in 4K video, when used with the Speed Booster XL for Micro Four Thirds. The XL adapter produces a 0.64x reduction in crop and a one and half stop faster F-stop.

It all goes to prove that you don’t need to spend $3500 on a full frame camera to get close to the full frame look.