If this rumour at SAR is true it could turn the industry on its head.

Sony is about to wage war on the Super 35mm format, and wage a war on pros being locked into one line of lenses.

Their higher end video cameras are going full frame with a mirrorless mount.

Key to this camera is the E-Mount. This allows Sony to break the magic spell Canon and Nikon has over pros purchasing camera bodies, because the E-Mount will allow you to use these lenses on a Sony body. Certainly if Sony are planning a Cinema EOS style entry into Hollywood to compliment the lower end down from the CineAlta, the universal mount would be a major selling point. Despite my expectations the current E-Mount does indeed support a full frame sensor. Here is a very technical article explaining why. Furthermore Sony manager Toru Kotsumotu told DCWatch the same thing here (via Sony Alpha Rumors).

Sony’s current E-Mount glass is of course Super 35mm / APS-C so makes sense for the new cameras to have a S35 crop mode for existing lenses. This is one feature we can be 100% sure of.

4K or 1080p? Right now I am leaning to 4K judging by the noises Sony were making in their new imaging division business plan and the fact that the FS700 is already 4K ready. There is a need within Sony to drive forwards the 4K format, mainly to reignite TV sales. I believe one of the reasons Sony has chosen the larger sensor design for video is to maintain low light performance on a 4K sensor. Packing that many pixels into Super 35mm, as we see with Scarlet and Epic doesn’t make for FS100 levels of low light performance.

If Sony are thinking really big then it may even be an 8K sensor with 4K Super 35mm crop mode but that is too unlikely, since it puts it in CineAlta F65 territory. Even if drastically stripped down and not with the same image quality, such a specification would be very high end, not just because of the data rate but because curing heat and rolling shutter on a sensor like that is expensive.

In terms of price and positioning in the market, what will these full frame Sony products be? Pro or prosumer? Alexa or DSLR? For me the most likely products can be thought of like this – a 4K F4, an FS1000 or a 1080p DSLR or VG20 style camera. Since the VG20 comes under the NEX umbrella, and sources say this isn’t a NEX camera it is unlikely to be in that category. 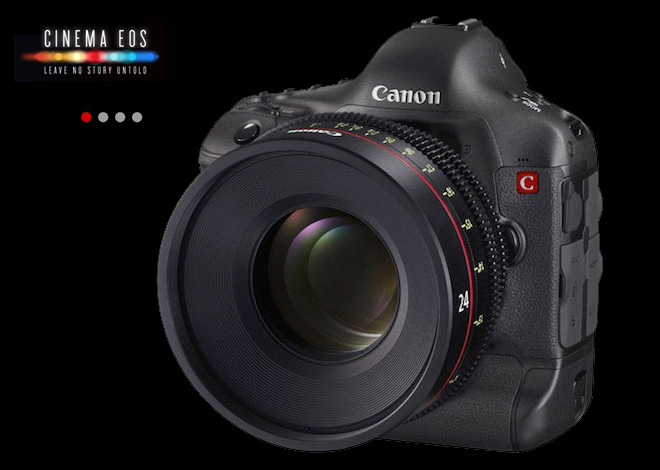 Canon’s full frame (actually APS-H) DSLR is a 1D X rejigged EOS for $15,000. Sony have two potential markets to aim at and I think they will do two full frame cameras. One to take on the full frame DSLRs in the video world at 1080p and one to take on Cinema EOS 1DC at $15k, or possibly even the C500 at $25k.

In the sub $30k market a full frame sensor with compatibility with all legacy full frame photographic lenses would be a huge unique selling point for Sony over Canon, Red, Panasonic and Blackmagic. The Canon 1DC probably won’t have PL mount compatibility because of the stills based chassis necessitating a mirror and viewfinder, but that’s no problem on E-Mount. Take a look at what Ceicio7 already offers for the mount

. Other mount adapter suppliers such as Hot Rod Cameras would also leap to the challenge. Equally consumers at $4000 would have no shortage of options on the cheaper 1080p camera – with Canon EF, Canon FD, Contax Yashica, Nikon F and even Leica M mount glass all covering a full frame sensor and adapters already available for E-Mount.

E-mount really is a true ‘universal mount’ and breaks a lot of deadlocks. Those heavily invested in Canon glass would never buy an Alpha mount video camera, for example.

As far as I know Sony license information about the E-Mount to third parties so we will see more adapters like the current Metabones – E-Mount adapter. There’s little reason the current adapter won’t work on full frame E-Mount, by the way. Still, I’m expecting Sony to provide their own PL mount adapter along with a full frame version of the Alpha SLT adapter for their existing Alpha lenses. This range of lenses I’m expecting to be bolstered with the upcoming Sony A99.

Most PL glass will need to be used in Super 35mm crop mode. But since cinematographers have already embraced full frame Canon and Nikon glass in Hollywood, these would probably be the most popular options on the Sony full frame video camera unless Sony and Zeiss are planning a range of full frame cinema lenses. 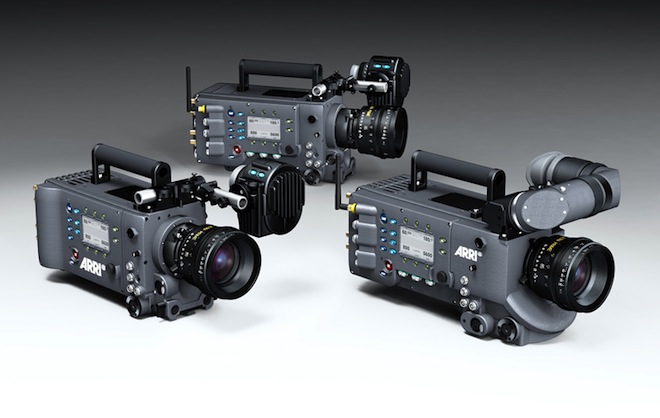 How would such a full frame video camera fare over, say, the Alexa? It would depend on far more than just the sensor, and most PL mount lenses aren’t much use on full frame. Focus pullers might also be put off by the difficulties in having such a narrow focus plane to deal with. Although a full frame sensor is theoretically capable of greater dynamic range and low light performance than an Alexa-style Super 35mm chip given the same pixel design, the image quality and handling comes down to a lot more – the codec, build quality, mounting points, power, monitoring, support – serious working pros and production houses would factor all this in. Currently the Canon C300 is very strong in this regard even if overall the specs are a little bit lukewarm (8bit, 1080p, no raw). However if a smaller player like Blackmagic can put ProRes and raw DNG in their camera for $3000, I’d expect nothing less from a Sony full frame video offering at the higher end.

What would be really exciting for me if Sony did a video camera version of the A99. If you imagine the FS100 with a full frame sensor, can you even begin to think how good the low light performance would be on a 2.4MP full frame sensor? The pixels would be ginormous! On the lower end model, I wouldn’t care so much about the pro must have features like raw, 3G HD-SDI, ProRes, XLR – for me it would all be about image quality and it being better than a DSLR.

Sony are pushing incredibly hard at the moment, if you look at this site they have dominated the news agenda for nearly a month now.