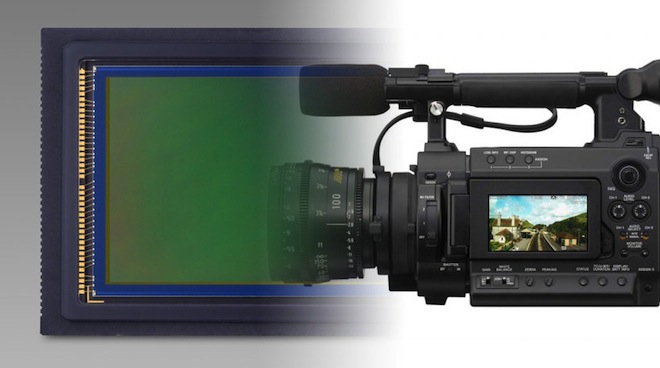 The Sony F3 will have a dedicated Super 35 video sensor with huge pixels – can DSLRs compete?

With news from Sony that the F3 has a built anew Exmor Super 35 2k sensor unrelated to DSLRs comes an interesting dilemma for DSLR users. I’ve been doing some research into the pixel sizes (and light gathering ability) of the leading video DSLRs.

The oldest digital EOS, the original 1D had 11.5 microns on an APS-H sensor due to only having 4MP. DSLRs will never drop to this level again so they cannot compete on pixel size with dedicated 2K video cameras. But as we see from the improvement in sensitivity since the original 1D and ever decreasing pixel sizes to increase resolution, pixel size is not everything.

(According to reader who corrected my earlier assumptions, a 12 micron pixel is indeed 4 times the size of a 6 micron pixel not twice the size. Going off pixel size alone, the F3 would have 4 times the light gathering abilities of even the 5D Mark II)

Rumour has it that Canon plan to put 32 million pixels on the 5D Mark 3 sensor.

Although sensitivity increases all the time despite pixel size, the Super 35 sensor in the F3 will always have a physical advantage over CMOS sensors of a similar generation aimed at stills people.

With the 7D, Canon introduced gapless micro lenses which meant microscopic gaps between pixels on it’s CMOS were eliminated and thus the pixels could grow in size despite there being so many crammed onto the sensor. The 5D Mark 3 is expected to have this and it’s believed the GH2 has the technology too which explains the larger than expected 3.9 microns, just under the GH1’s 4.3 despite the 4 million extra pixels.

The only advantage I can see future DSLRs having is that scaling from 32MP to just 2K or 4K will hide fine noise, just as high ISO photos look better reduced in size and viewed as a whole rather than viewed at 1:1 pixel level.

There might also be an argument that increasing resolution increases dynamic range, and even current sensors with 6.4 microns like the 5D Mark II have fantastic dynamic range in RAW stills mode.

So although the dedicated Super 35 video sensors will always have a physical advantage in terms of light gathering abilities, don’t count the DSLRs out yet.