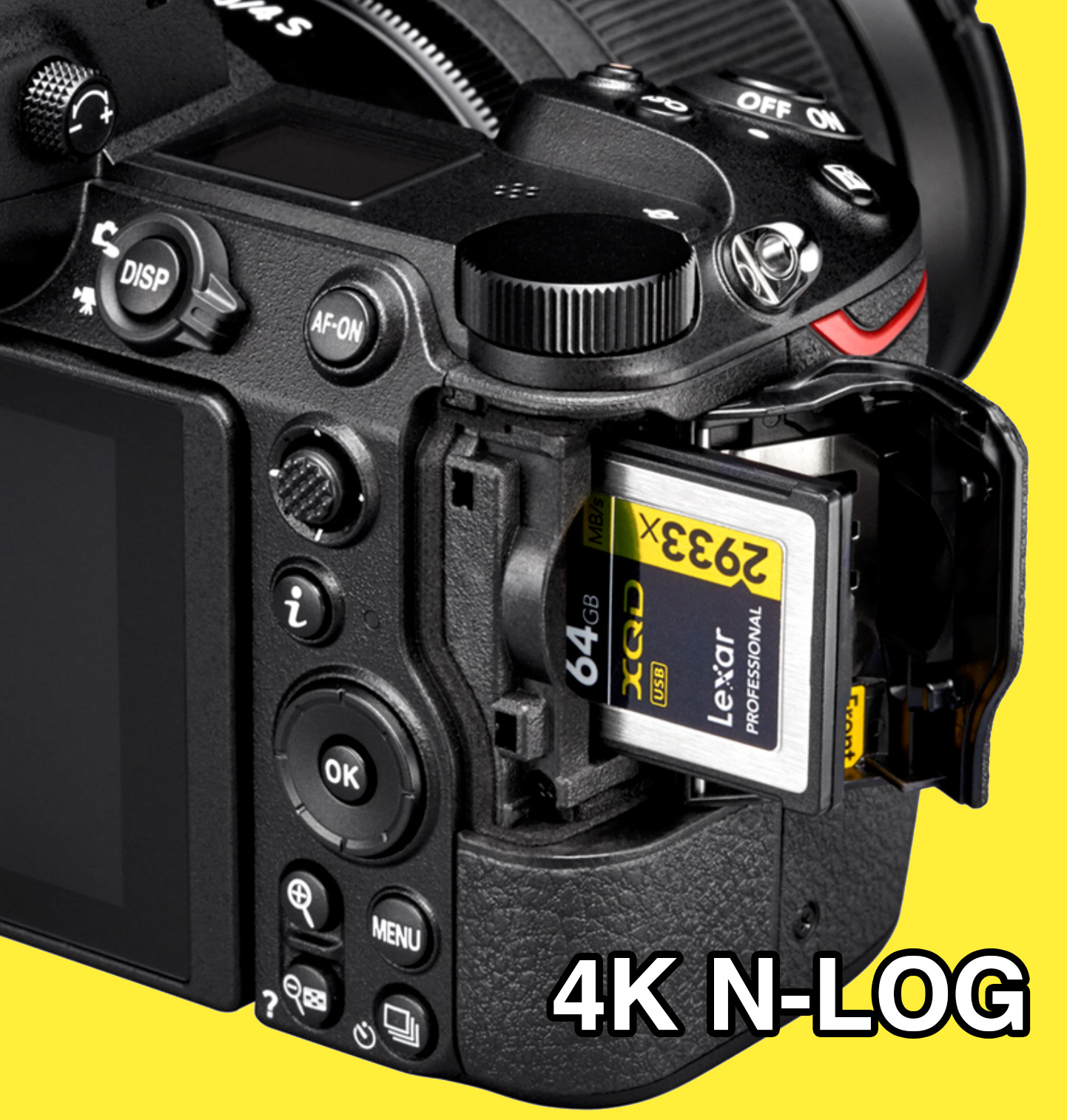 Just a few hours ahead of the launch, we now know the first video specs for one of the new mirrorless cameras from Nikon.

The Z6 and Z7 will both feature 4K video. N-LOG has been confirmed for the Z6 and of course should be in the higher-end Z7 as well. Hopefully the traditional Flat profile will be maintained as well, for those looking for something easier to grade. A very positive development is that the camera is confirmed to have a 10bit 4:2:2 HDMI output, a significant step up from the Nikon D850.

It isn’t yet known whether the higher-end Z7 will do 10bit internally. Both are likely 8bit internal like the D850, but the lovely 10bit option is there to an external recorder.

Nikon LOG will make a surprise debut. They do not have a high-end cinema range so this is Nikon’s first attempt at LOG. I think Z-LOG would have sounded catchier than N-LOG, but I’m just glad it’s there!

One slightly odd thing is that the Z6 appears to have only one card slot, and this is the XQD standard – which will mean all your SD cards will have to find another home. I am surprised Nikon did not make room for dual card slots – one XQD and one SDXC maybe?

The good news is XQD is extremely fast, good enough for 4K RAW video… If they ever choose to implement it.

Both cameras have focus peaking and zebra. What about AF? This is on the leaked specs at Nikon Rumors as “Hybrid phase-detect AF” (100% on the sensor of course). This means a mixture of contrast detect and phase-detect, not Dual Pixel AF. Hybrid AF works well on the latest Sony cameras, but we’ll have to wait and see if this is as good, especially with the Nikon F mount lens adapter.

If the codec is anything like the D850 – it will be a high-bitrate, around 150Mbit to 200Mbit H.264. That’s superior to Sony, at least until the A7S III comes along. Both the Nikon cameras have 5 axis IBIS and are weather sealed. The Z6 will cost around 2400 euros, including the F mount adapter. The Z7 is rumoured to be up at the £3400 / 3800 euro mark similar to a new D850 on release. Both bodies seem to be in the region of $500 more expensive than their Sony rivals (A7 III and A7R III), but you are potentially getting superior video specs, ergonomics, top-panel LCD and Nikon’s colour science. Image quality on the other-hand, we’ll have to wait and see about that…

Stay tuned for the sample videos next on EOSHD.