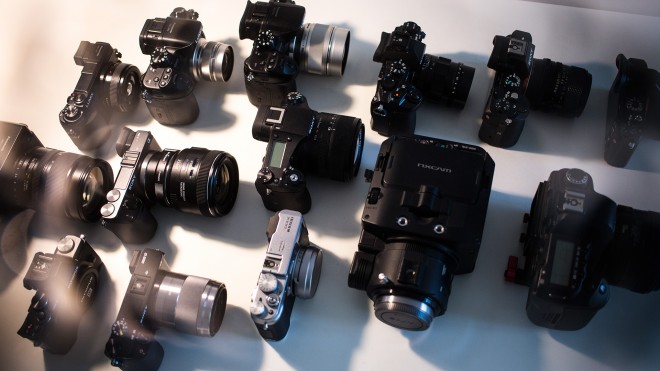 What’s the ultimate cross-breed camera of 2014? If we take all the strong points of the manufacturers and put them in one camera, what do we get?

I’m very sorry but I couldn’t think of a single class leading technology that Canon and Nikon have brought to the market in the last few years to complete my dream camera!

The camera I describe above merely takes existing parts from existing cameras, all of them below $2500 and mixes them together.

Let’s have a quick run through the details…

Sony are doing a great job of sensors at the moment. They’re providing for Apple and Nikon, so have the popular photography market covered. Now I love full frame and low light performance so the A7S sensor is my choice to deliver the image I want. It is just a shame Sony backed it into an 8bit imaging pipeline and no internal 4K codec.

So that part has to come from Panasonic. The codec technology in the GH4 is nothing short of mind-blowing. We all know from post that a 4K image requires serious power to edit, playback and process. Panasonic’s hardware in the GH4 runs off a tiny battery for 7 hours solid, the camera body barely gets warm, while debayering a 12bit 4K raw sensor readout and applying spatial noise reduction, sharpening, custom picture profile curves and H.264 encoding in the process – it is just staggering.

I picked up a Fuji X-T1 the other day and held it to my eye alongside the Panasonic GH4. I wish the GH4’s EVF was that large. The GH4 has a great EVF for sure but the Fuji one just takes things to a new level. 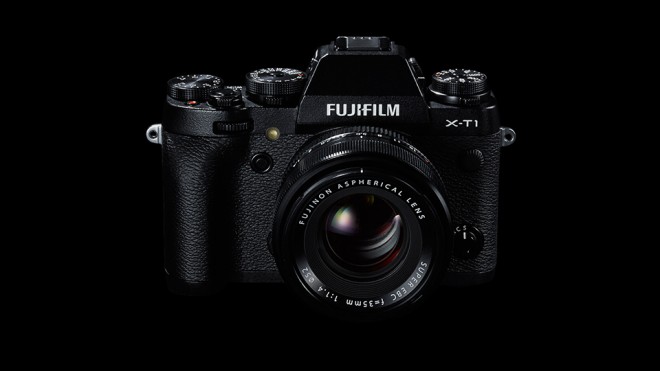 A few months ago I shot a music video on the Olympus E-M1 purely to use the stabiliser and shoot without any rig. Pure handheld stuff, not even a z-finder. The 5 axis IBIS system is actually more useful for video than it is for stills, because for video you always need some kind of steady shooting apparatus. For photography I could shoot at 1/2 with the E-M1 handheld and an ND filter, to get flow-motion shots on the street in daylight with no tripod. Pin sharp. Unbelievable.

So that is the core of the camera sorted out – now we need the add-ons. Lenses are of course by far the most important ‘camera accessory’ you will ever buy. Here leading the way in 2014 is not Leica or Zeiss but Sigma. Their 18-35mm F1.8, 35mm F1.4 and 50mm F1.4 in the ART series outperforms just about everything else, at almost any price level. I can’t quite work out how Sigma have managed to leapfrog Zeiss on performance while keeping prices below the $1000 mark in typical Sigma style… But they have.

For post production on that lovely full frame 4K image, Blackmagic’s Resolve 11 looks extremely promising, with extensive editing features this time round. The cameras may be sadly very flawed but Blackmagic are absolutely on song when it comes to the other areas of their business.

Then in terms of outright style – I think the best looking camera of the moment has to be the Fuji X-T1. It has a simplicity and elegance to it that the Nikon Df lacks. It has a more classical feel to the photography ergonomics than the futuristic GH4. The Olympus E-M1 comes very close but the menus and buttons are a bit too fussy on that camera. The Sony A7 series is not in the same league for ergonomics as either, unfortunately. 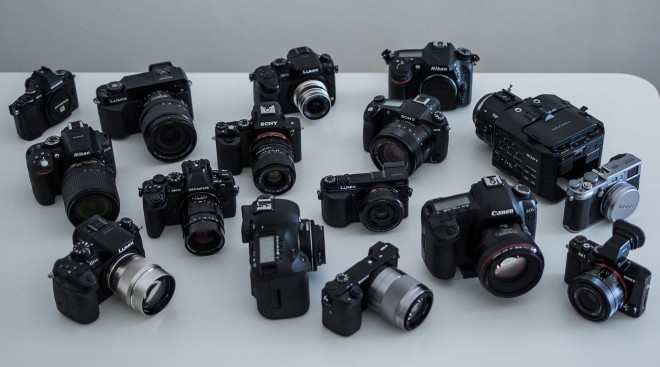 So what happened to Canon’s technology?

They had a high bitrate internal codec for the time at around 44Mbit/s where Panasonic could barely get past the 17Mbit/s mark.

EVFs were a mile off optical viewfinders at the time. No competition.

The Canon L lenses, still superb, were unchallenged by cheaper alternatives. That isn’t the case today.

Canon were quietly going about introducing ultrasonic image stabilisation on some of their new L lenses… in-body stabilisation to match this was unheard of at this time.

You have to conclude Canon are losing the innovation race to the others, on every single photographic and video front. It’s very worrying. Even the Canon C300 and 1D C – technology Canon sells for way past the $10,000 mark – looks significantly dated in terms of the technology compared to what Sony and Panasonic now offer for less than 1 third of the price. MJPEG codec on the 1D C, a lack of video features and only 8bit 1080p from the C300 while the GH4 is doing 10bit 4K over the HDMI port for $1700!

What I am saying is that they desperately need to up their game on the innovation front.

The current situation is a shame. What a tragedy for customers that manufacturers cannot better pool their technology and put everything that’s good into one high end camera!