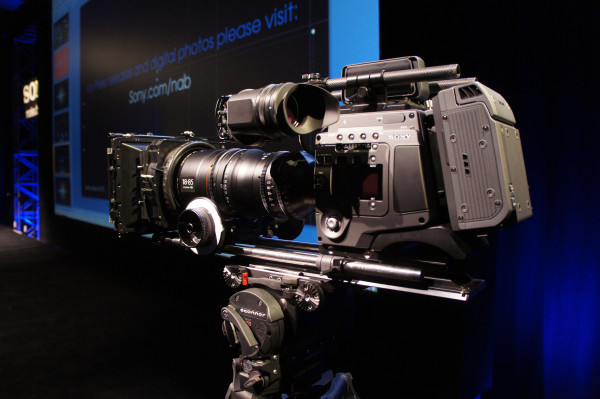 I don’t usually write about higher end cameras on EOSHD because this site is for aspiring filmmakers and always will be, but I am tech addict and I love it when barriers are broken in the field of engineering.

The Sony CineAlta F65 is one such camera.

It is a camera made for the highest budget productions, we will probably not even see it on network TV. This is a cinema camera of the tightest definition of the word. In fact most of it’s incredible talents would be wasted watching it’s footage on TV or any other medium. Mainstream cinema and IMAX are currently the only outlets where the F65 would be suited – and even then current projection will have to catch up. The F65 is capable of 8K at up to 120fps.

I believe that with the F65 we have a camera that finally lays to rest beautiful 35mm motion picture film in pure image quality terms.

It has a colour gamut which Sony dubs IIF ACES. It’s so wide that it approaches the entire gamut of visible light. It’s significantly wider than 35mm film. At this levels we are talking diminishing returns but the extent to which they have pushed CMOS sensor technology with the F65 is breathtaking nevertheless. 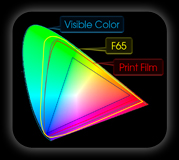 So with a 20 megapixel CMOS, the F65 can crop to achieve just about any aspect ratio imaginable on the 35mm format, from 1.33:1 to 2x anamorphic (and plain old 2.35:1 spherical – the standard cinema aspect ratio of 35mm film).

The recording format also goes to new extremes. 16bit RAW to a new type of solid state memory called SRMemory, which is ultra fast and rather large for solid state – the first to be measured in terabytes rather than gigabytes.

Back to that amazing CMOS again – it has a unique pixel configuration where half of the array is given over to capturing light in the green wavelength that contains the most resolved detail of all the the available wavelengths. The other 50% of the sensor is given over to red and blue. This is a trick Panasonic used before in consumer compact cameras incredibly. So the basic theory is very simple, but Sony’s implementation of it is extraordinarily high end. The result is a more detailed image. The sensor is also a step away from the traditional bayer array as seen in the last CineAltas, the F3 and F35.

So does this really mark the end of 35mm film in the cinema industry?

It’s quite a strong possibility – even though, as yet, we have not been to an IMAX screen and had a side by side comparison between the different technologies.

But it’s clear the digital video is now coming of age, in a big way.