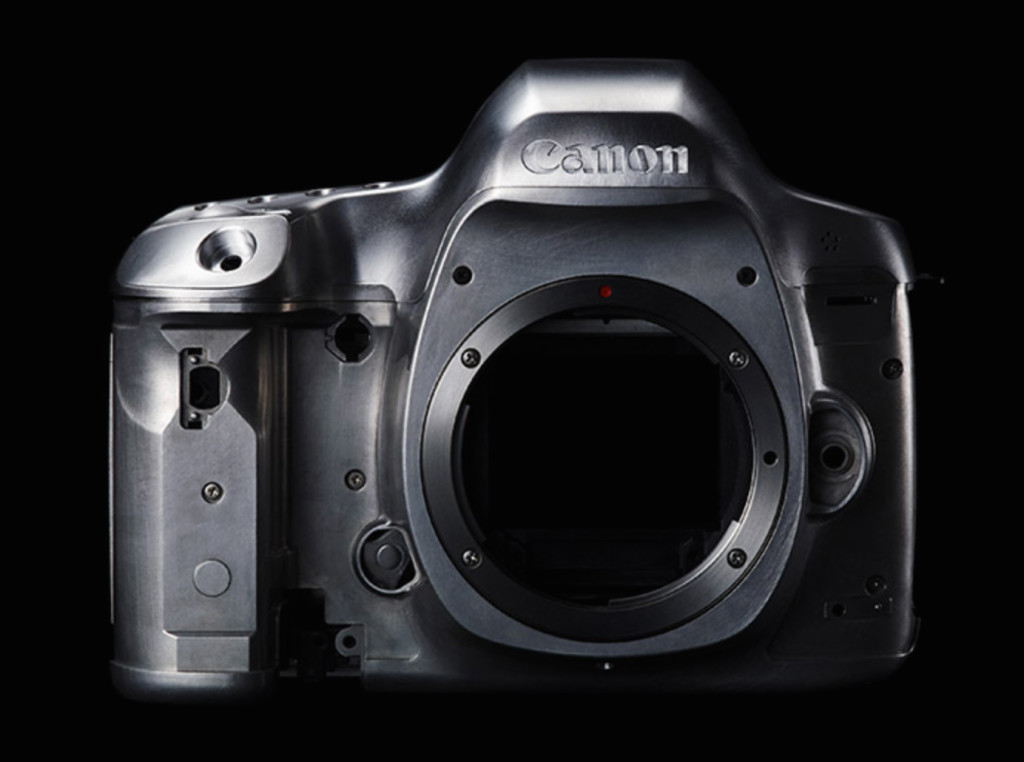 The excuse of USB 3.0 excluding the headphone jack would seem strange to Samsung NX1 users who have USB 3.0 and a headphone jack on a body approximately 2 thirds of the size of the 5DS.

The admission by Canon of poor video performance is a new one, but there are innumerable other reasons why I won’t be buying a 5DS even for stills. First there’s the Euro pricing, which seems to anticipate the collapse of the Eurozone. €3999? The UK price is £2999. With the current weakness of the yen vs the dollar even the US price of $3899 seems unusually high given this is without sales tax (nearly 20% in Europe).

Then there’s the omission of Dual-Pixel AF (available on the low-end 70D), no 1080/60p, no clean HDMI output and still no peaking or zebra. Why jinx the 5DS’s chances against the Nikon D810 as a high resolution DSLR, when that rival model has fully featured video AS WELL AS an ultra high megapixel count?

I’m skeptical when it comes to Canon excuse’s. When the 5D Mark III was released without uncompressed 1080p HDMI, they said it was a hard wired hardware limitation. It later turned up in a firmware update!

Below: the 4K shooting 28MP Samsung NX1 with USB 3.0, mic and headphone jacks:

In practical reality away from the internet hype, 50MP represents a relatively minor resolution increase over the 36MP Nikon D800E which can be had for £1200 used. So for Canon to price the 5DS so highly, they must believe that almost all Canon users are locked into the EF platform via their investment in EF lenses. The problem here though is that barely any of the current EF lenses resolve 50MP.

For me the logic doesn’t stack up. It makes more sense to get a D800E and use the saving on glass capable of resolving 36MP like the Sigma 50mm F1.4 ART or Zeiss 85mm OTUS.

Recently there’s been a strong commercial demand for ultra high resolution work and a growing medium format market, so perhaps the pricing is leaning more towards pro territory than enthusiast, after all most enthusiasts now pretty well understand that greater sensitivity and dynamic range matter more than the megapixel race.

One proven advantage of 50MP is the ability to crop dramatically into your field of view, but again here there are far more affordable ways to get the same result. Take the example of a 24mm lens cropped to APS-C (1.6x) on the 5DS which results in a 19MP image at 38mm equiv. You may as well put the 24mm on a T2i and get 18MP. Indeed carrying a 5D Mark III and second Rebel body would do the trick for considerably less money, and that’s an understatement.

For me personally 50MP in practically the same body as the 3 year old 5D Mark III is not worth 4000 euros. 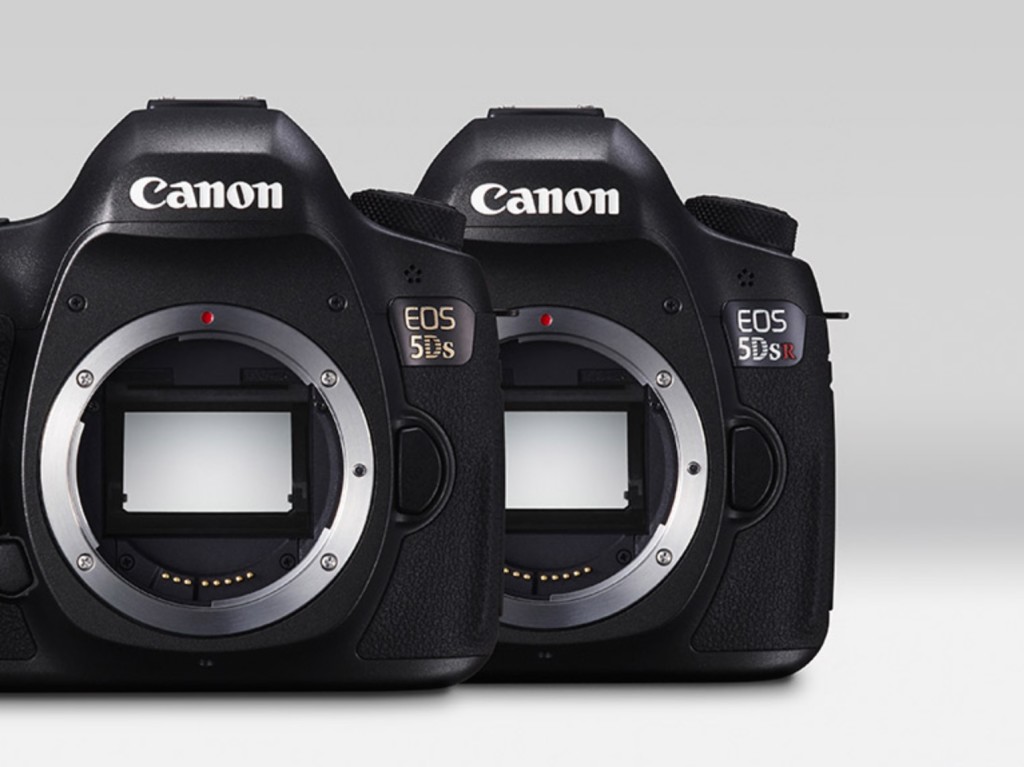 Canon have recently invested in CMOS fabs capable of higher pixel densities although for Sony to offer their sensor first to a chief rival before it appears in a A7R II isn’t unprecedented. They did so with Nikon and the D800, before the release of their A7R sharing the same sensor.

At this moment we don’t know for sure who made the sensor. Usually on the launch of a new camera, Canon go quite in-depth in touting their own technologies and technical information on the Canon Professional Network (CPN). This time there’s no mention of the CMOS being manufactured by Canon and the lack of Canon’s Dual Pixel AF may be another sign it’s a Sony, locking Canon’s image quality into that of their competitor. If that’s the case, it’s a shame.

Understanding Canon’s haircut of video features on the 5DS is not difficult in the sense that this is clearly a camera aimed at stills shooters only. However I believe there’s more going on at Canon than meets the eye. My personal theory is that Canon experienced the convergence of video and stills with the 5D Mark II and didn’t see a satisfying enough business model in it. It’s possible they felt convergence would cannibalise sales of dedicated video cameras and perhaps further back in time than we knew of, they had plans for a separate high-end Cinema line.

Furthermore the widespread adoption of the 5D as a pro video tool could have also concerned Canon’s management – potentially undermining the company’s ability to market much more expensive professional tools at higher margins to them if the trend continued. 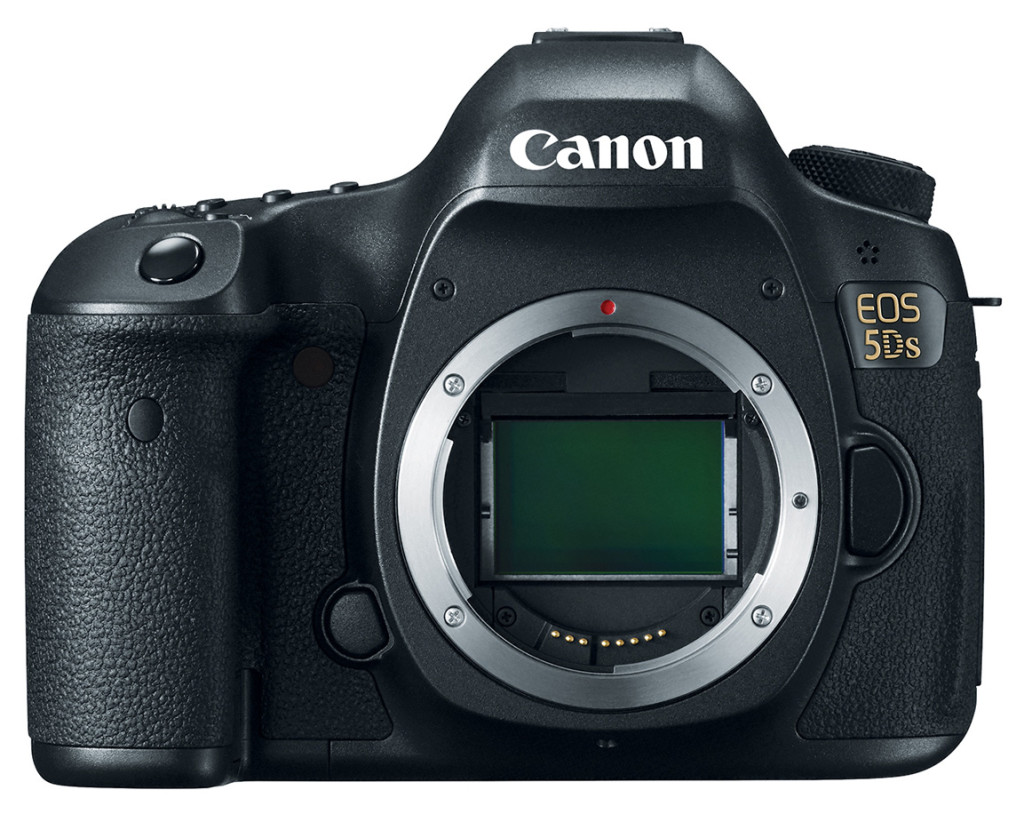 Therefore I think a firm decision was taken to segment the market up into stills and video, the result is a severe stalling or even reversal of their video features on DSLRs, as we have seen with both the 5D Mark III, 7D Mark II and now the 5DS and 5DS-R.

Since the separate Cinema EOS line was introduced, so successfully was it seeded off the back of pros using their DSLRs for video and this community, significant sales may have reinforced in Canon’s mind the value of heavily segmented product lines. Perhaps this has resulted in a real nail in the coffin of DSLR video at Canon.

I don’t think Canon care about losing the smaller market of convergence and hybrid stills / video to Sony & Panasonic. They were far more concerned with cannibalising themselves and protecting their margins.

The problem with all this though is that although it may sometimes appear so, Canon don’t exist in a bubble. They have competitors and a changing market to contend with. While Cinema EOS has been successful, their DSLR sales are now on the slide. The latest market data for Canon’s camera business is disappointing and their share price has also taken a severe downward trend over recent years. In the Q4 accounts for 2014, a weaker yen helped increase profit only as DSLR demand continued to slow along with them vital lens sales. This time it was not just the eroding of compact camera sales due to smartphones. The flat-lining of interchangeable lens camera sales is particularly worrying – it stalls decades of strong growth.

“Demand for office copiers and laser printers showed a solid trend. Demand for digital cameras with interchangeable lenses, however, slowed,” Canon said, citing economic weakness and difficult conditions in the camera sector. Canon said its sales of compact camera are expected to fall to 7.8 million this year, from 9.03 million in 2014. For cameras with interchangeable lenses, meanwhile, it forecast sales to be roughly flat at 6.4 million units.”

This is despite the launch of the 7D Mark II, without which it’s likely DSLR sales would not just have flattened out but shrunk. 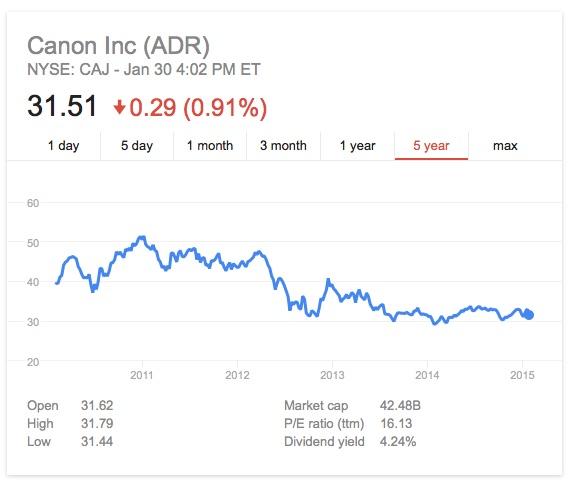 A strong disclaimer – I’m no economist, I don’t have my finger on the pulse of the markets but I do have my finger on the pulse of what filmmakers are shooting with. What I have seen since the 5D Mark III was released is an exodus of video users to Sony, Panasonic, and in recent months this has begun to happen with C100 & C300 users as well as they seek high frame rates and 4K with cameras like the Sony FS7 and F55.

Canon’s share price is nearly half of what it was in 2011/12, where not a day would go by without me seeing someone shooting video on the street with a Canon DSLR. While broader market conditions are responsible, blame for their falling DSLR sales cannot all be pinned to smartphones or a faltering economy.

Since Canon snubbed Magic Lantern and even had certain reps sling legal speak into the enthusiast community (all of whom are loyal Canon customers), I know that at least one other major Asian camera manufacturer has reached out to Magic Lantern, officially seeking to collaborate. The consumer electronics companies understand far better than Canon the value of software and online communities.

It’s about time Canon reinforced the DSLR video community with a product that is less than a slap in the face.

As a 1D C user now, have experienced what Canon are truly capable of with the 4K 1D C, it’s even more painful for me that this technology still hasn’t trickled down into the broader enthusiast market. I know what you’re missing out on as a result of Canon not providing for us.