What Aperture is best for best focus? 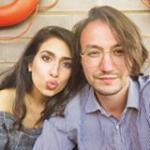