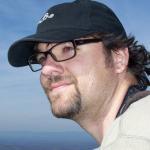 Convergent Design is approaching the paying-for-extra-recording-options issue a little differently than others, too. You have the option to purchase the recording options/codecs in full, or actually "

As far as I know, DPX is 10 bit. It is what most VFX artists request as a plate.