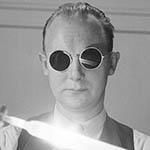 Here's a shot I got a couple of weeks ago with the Phantom 4 Pro+. Really impressed so far.

I've not seen 'aliasing' but there are plenty of artefacts from the compression. I keep contrast and saturation at 0 as the bitrate is too low to pull back contrast in the NLE without introducing band