Says so right here: Apparently with a setup like so:

Isn't the raw version of the x5 around 3 times more expensive? Wouldn't it be better to just buy a pistol grip gimbal for $500-600 and add the Blackmagic Micro Cinema Camera for $995. Then you have so 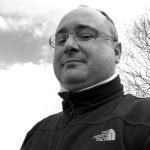 DJI and its horrible support... Yeah! Don't get me wrong I love the idea and would probably get one, but after 3 month of total nightmares dealing with DJI support I fear the worse.