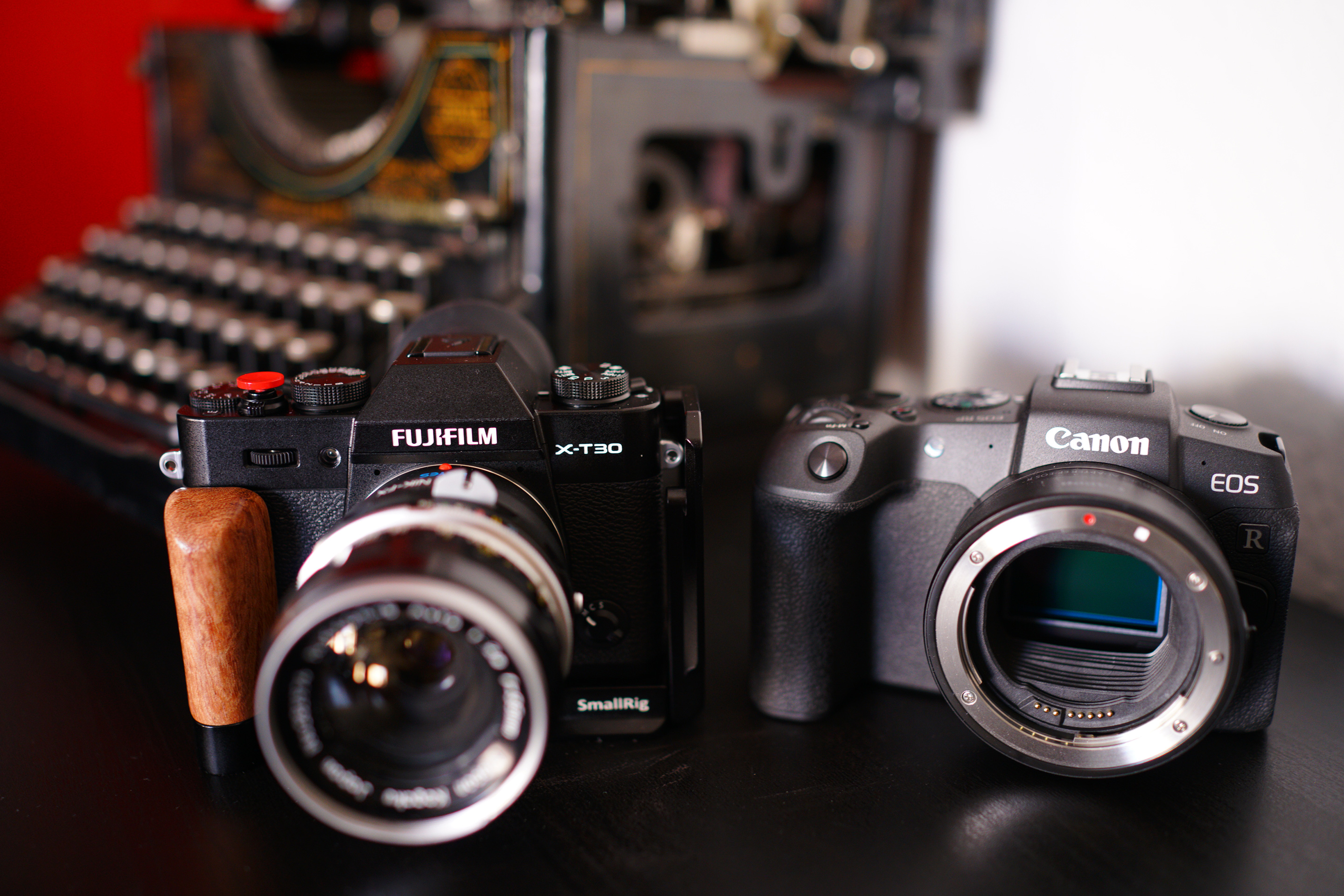 Canon is pretty much alone (with Pentax) on the market in 2019, for their lack of interest in enthusiast video users.

Fuji have dived into the market having previously shown no interest in it, showing that things can and do change for the better.

As well as the video-centric hybrid X-H1, we have the popular X-T3 shooting 10bit 4K 60p and the X-T30 with same sensor, offering much of the same video features including 4K F-LOG at 200Mbit and detailed 1080/120p for £750. Fujifilm gave everybody what they wanted no matter the type of user, and almost everyone can afford to join in.

Panasonic have pushed higher-end since the GH4 and GH5, diving into the full frame market and with the S1H. The latter is almost like having a full frame version of their $50,000 Varicam 35 for $4000. The 6K and 4K images from this are big-league cinema standard. Under $1000 Panasonic still offers the largest range of 4K mirrorless cameras too, and were the first to do so.

Nikon, Sony, even Olympus, have all pushed video forward too.

Now, the market for enthusiast video is large enough to support a huge array of corporate product lines… From Panasonic, Sony, Fuji, and even Blackmagic, these companies are not in it to make small profits.

As EOSHD editor for nearly 10 years now I’ve had my finger on the pulse of what people want and how much interest there has been. The EOSHD Forum is a yardstick we can use to measure this. Just sorting topics by their view count reveals something very interesting. In the top 25 most read topics only 3 are about Canon, but with a further twist. One is about Magic Lantern RAW video. Something Canon would rather didn’t even exist. The other is about EOSHD C-LOG, adding an equivalent feature back that Canon removed. The third is about the Canon XC10 – which although a fixed lens camcorder, was at least aimed at us. Even to this day, the XC10 has been the only sign of interest in enthusiast filmmakers and prosumer 4K since the launch of Cinema EOS. Shame it was a bit naff.

Looking at the top ten topics on the EOSHD Forum, it’s clear what we have been buying instead of Canons:

Now, I don’t know about you but I would have been very happy to own a slice of the income from the sales of the cameras above!!

Each listing above is just ONE thread! The counts don’t include the hundreds of individual side topics or related discussions about each camera.

How can Canon ignore such a large amount of interest from filmmakers in smaller, affordable, 4K shooting cameras?

The EOSHD Forum is a good measure – it’s a long-standing forum which started in the 5D Mark II video DSLR era – and if there isn’t going to be interest in Canon’s cameras here, where else would there be? What other filmmaker-dedicated forums are there to discuss these cameras?

Canon’s recent behaviour almost seems personal. They are going out of their way with a string of strange moves to upset us. Recent releases have made the EOS R look positively cutting edge.

I am prepared to love my Canon cameras again, just as much as I love the lenses. All it takes is one camera that is competitive with the rest on 4K and well designed, and I am back on board after so many years putting up with such nonsense.