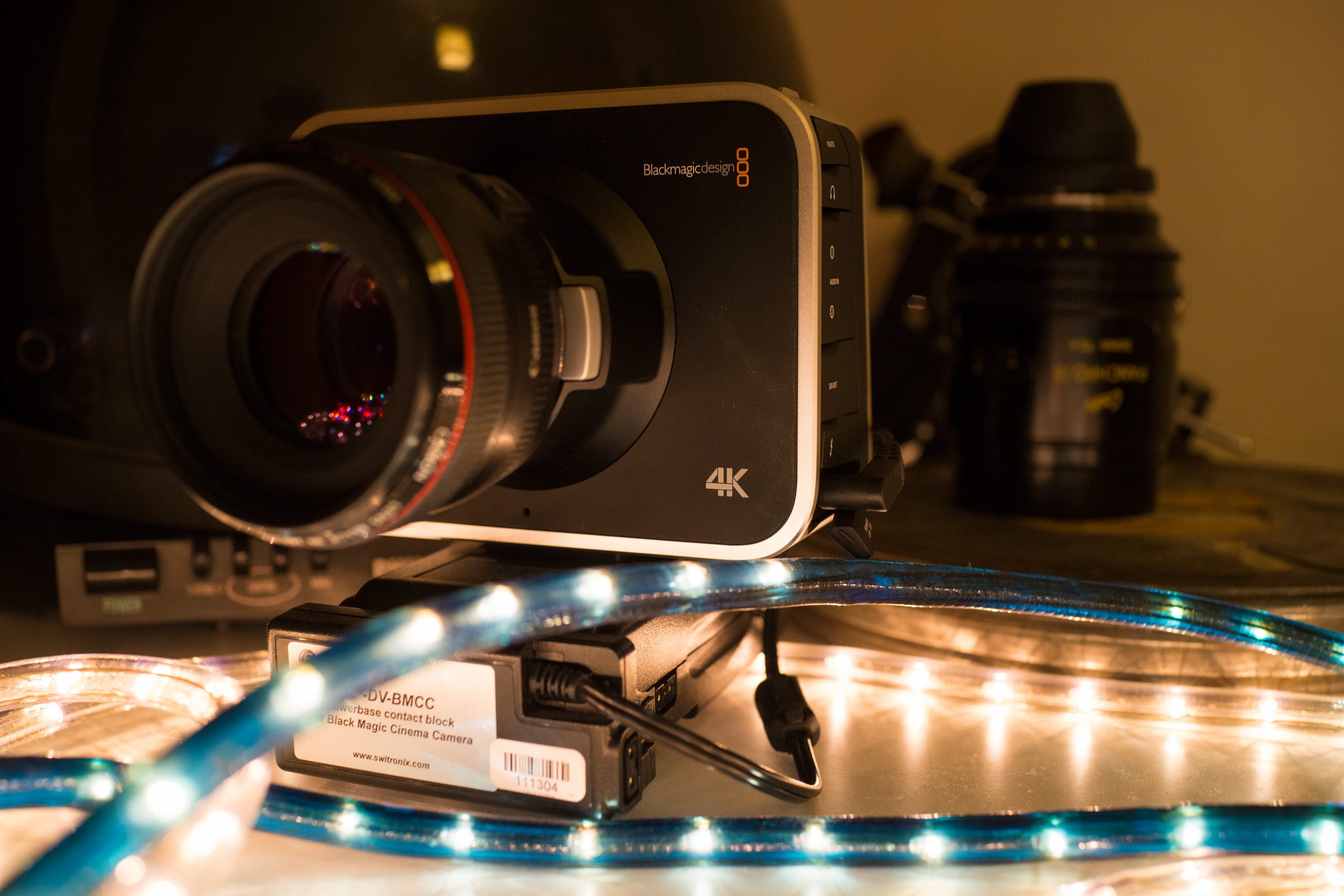 Sample footage! You can download the full resolution 3840 x 2160 Ultra HD file from Vimeo here if you’re a ‘Plus member’.

Keep an eye open for my Production Camera review in a forthcoming issue of Mac User magazine available at all good newsagents in the UK.

I am currently shooting 4K with the Blackmagic Production Camera on loan from their British office which features a global shutter and Super 35mm sensor for $3000. For this shoot yesterday I found myself at an aeropark built in 1930’s Berlin, thanks to a suggestion from Lars Rehm of DPReview who also finds himself in Berlin for some reason! The girls are shot opposite an old wind tunnel and a giant egg shaped concrete structure which the Germans used to test the aerodynamics of fighter planes in, until the Russians came and nicked the fan. Part of the wind tunnel still has an inscription from the invading Russian forces branding the buildings “free of mines”, which cleared the way for them to take all the advanced technology back to the Soviet Union with them.

Today the aeropark is part of a university campus and parts of the Charlize Theron movie Aeon Flux were shot there. (This shoot was my own experiment and not a commercial one).

Though it cannot be 100% confirmed I am pretty sure the Blackmagic Production Camera uses a sensor supplied by CMOSIS, which if true would be very good news as it is the latest technology and already in mass production.

Here are your sensor questions answered…

Let’s go misty eyed for a second and imagine you’re shooting a Terrence Malick inspired scene at magic hour this Summer, a warm breeze drifting through the air.

The sun glints through the trees and the scene begins “action” – with 4K with a global shutter for $4000. Is this really going to happen?

MOUNT UPDATE: E-mount makes the most sense for this camera. Earlier today CVP had pre-orders up for a Micro Four Thirds version. That has now been taken down and CVP have confirmed to me there’s only the EF mount camera available to pre-order here.

Apart from the form factor remaining the same, Blackmagic have done everything we could ever have hoped (dreamed?) for with the V2.0 camera. I have to say the pricing is completely bonkers. Just $1000 more for 4K AND a larger sensor AND a global shutter AND compressed Cinema DNG!