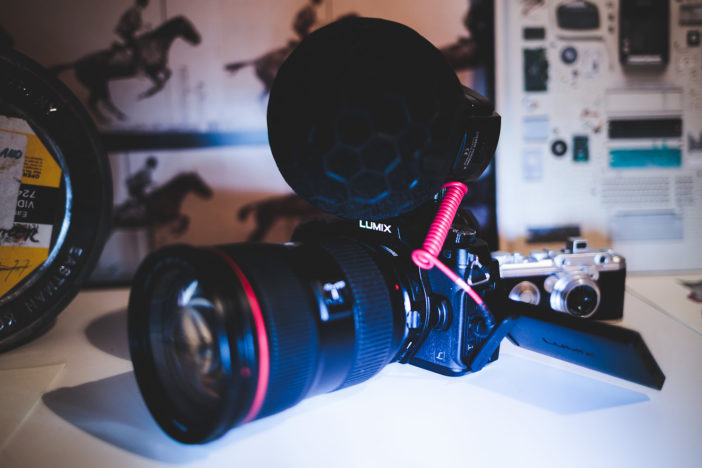 Micro Four Thirds is increasingly going up-market and into pro territory, and unfortunately new Panasonic and Olympus cameras are getting more and more expensive by the day.

Thankfully the G85 is a pro camera without a pro price – it represents a genuine advance over the Panasonic GH4 with cleaner low light performance, better automatic white balance and of course 5 axis in-body stabilisation.

Of all the models to make an appeal to filmmakers this year (and there have been a few) the Panasonic G85 is perhaps my favourite and it costs half the price of the $2000 Olympus E-M1 II.

I didn’t expect to like it when it came out. On paper and on the shelf it looks a bit boring. There’s Panasonic’s colour science, which is dreadful and a bit like what Sony do. Nothing like a Canon. Also, to be fair to Olympus and their strange $2000 price for a non-full frame camera, Panasonic will likely aim for the same price with the GH5, pitching it above the heads of the original enthusiast user-base. Also see the $1200 Panasonic FZ2500 and it’s out-dated 1″ sensor.

With the Panasonic G85 though I am glad to report the compromises for video have been taken out and shot.

It’s a camera that is more than capable of going head to head with the Sony A6500, but for $500 less. It’s better ergonomically, less rolling shutter and the 5 axis stabilisation is a whole other league.

Compared to the GX85 of earlier this year, another Lumix which I adored, there’s much more to recommend the G85 even though it costs $300 more. The G85 has a mic jack whereas the GX85 adopts the minimalist ports found on the LX100 compact – just USB and HDMI. So to get a proper mic on that you’d need an external HDMI recorder with mic input and record video externally, or use an external audio recorder and sync. On top of that the G85 has a fully articulated screen, weather sealing, card door on the side panel, a much better EVF, beefier grip for handheld shooting and of course the usual 5 million different model name variations depending on where you buy it. Badly marketed it may be, but it screams value for money. 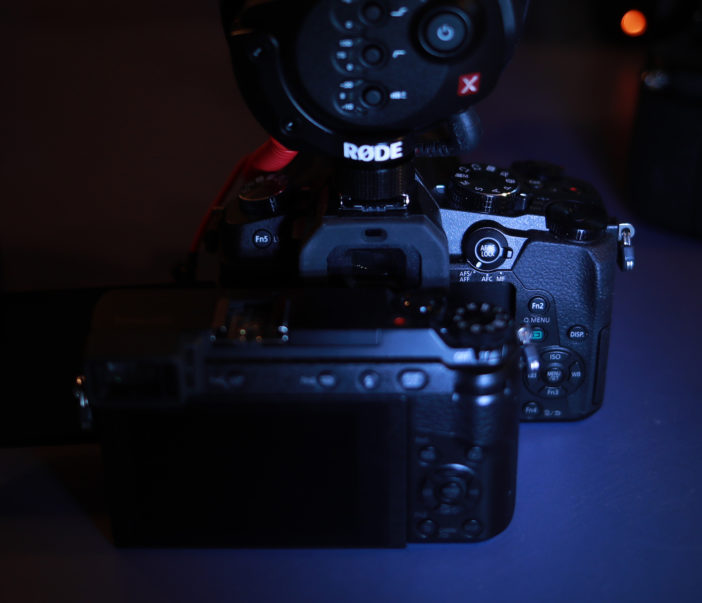 Versus the Panasonic GH4

The Panasonic GH4 is starting to show its age a bit.

The G85 is superior in low light and not by a bit.

Since our old pal GHy came out in 2014, Panasonic seem to have improved the 16MP sensor and updated the image processor for much lower noise in the shadows. 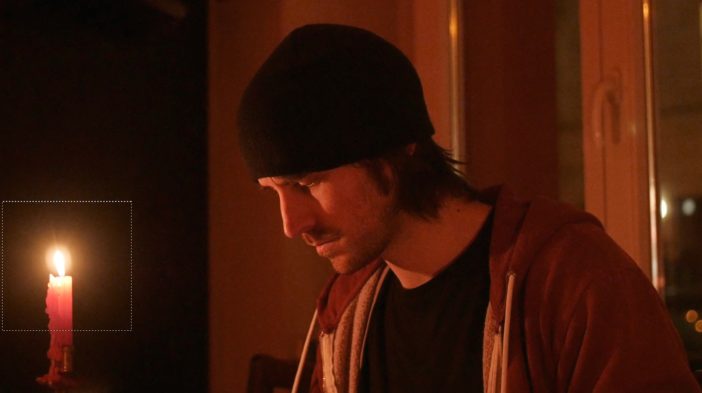 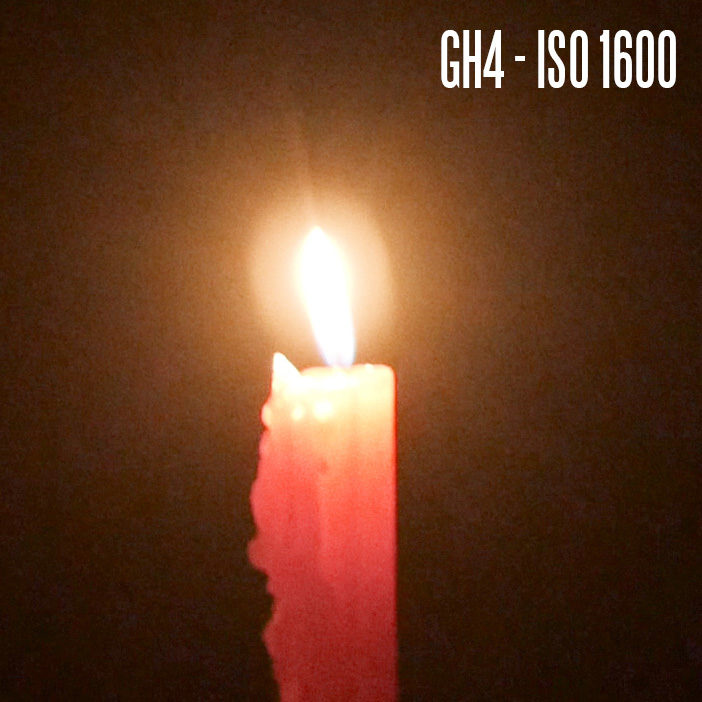 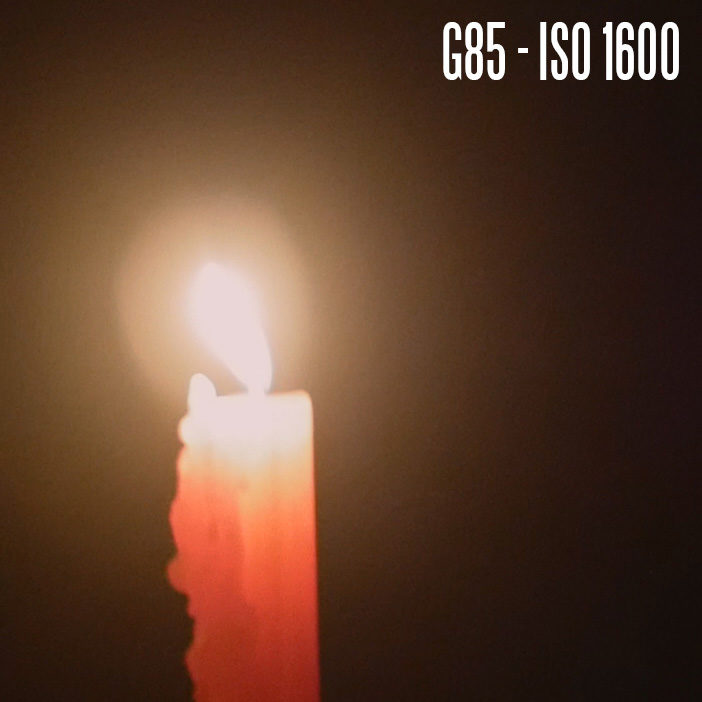 Other improvements over the Panasonic GH4 include less of a crop in 4K video mode.

This has been reduced from 2.35x to around 2.2x – in fact the sensor in the G85 can effectively go to a 1.4x crop like the Canon 1D X II when paired with the Speed Booster XL in 4K.

It’s a great choice for Canon lenses and with fast aperture lenses like the Sigma 18-35mm F1.8 you might be mistaken for thinking it’s a full frame camera.

Let’s get Albert Einstein to work on this formula for a bit and see if it makes sense.

When it comes to the E-M1 II, not even Einstein can think of a reason to justify the purchase of a $2000 Micro Four Thirds camera.

I got very close to buying it but then I remembered I have the G85.

Sure, Olympus have made a very nice camera, but finding a reason to justify spending double the money on it over the G85 is harder than finding a unified theory of the universe…. Because there isn’t one.

I also have the GX85, the little bro to the G85 that came out in the Spring. When I remembered how much I enjoyed that camera, I didn’t need to think twice about getting the G85 to have the core of the lovely GX85 in a better body with more features.

With the Panasonic GH5 lurking right round the corner is another big reason not to invest in the E-M1 II. 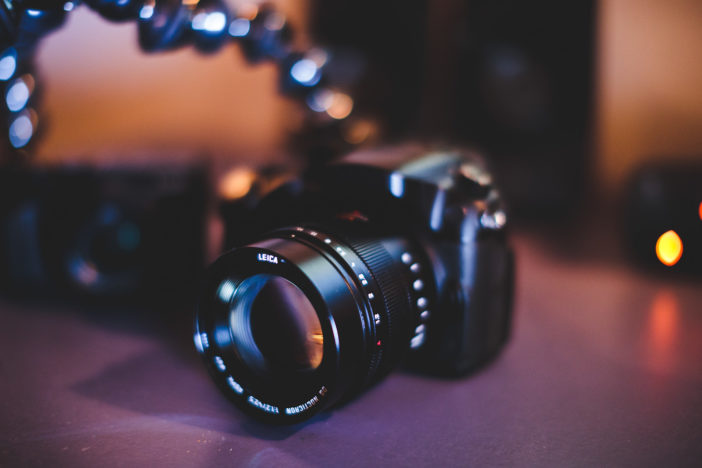 You might say that you like the Olympus ergonomics, weather sealing, colour profiles and astounding lack of rolling shutter along with DCI 4K from the full width of the sensor… and all that would be true…

I say forget all that.

Wait to see what the GH5 offers and know the G85 isn’t lacking even in terms of the strongest Olympus E-M1 Mark II traits I’ve just mentioned. 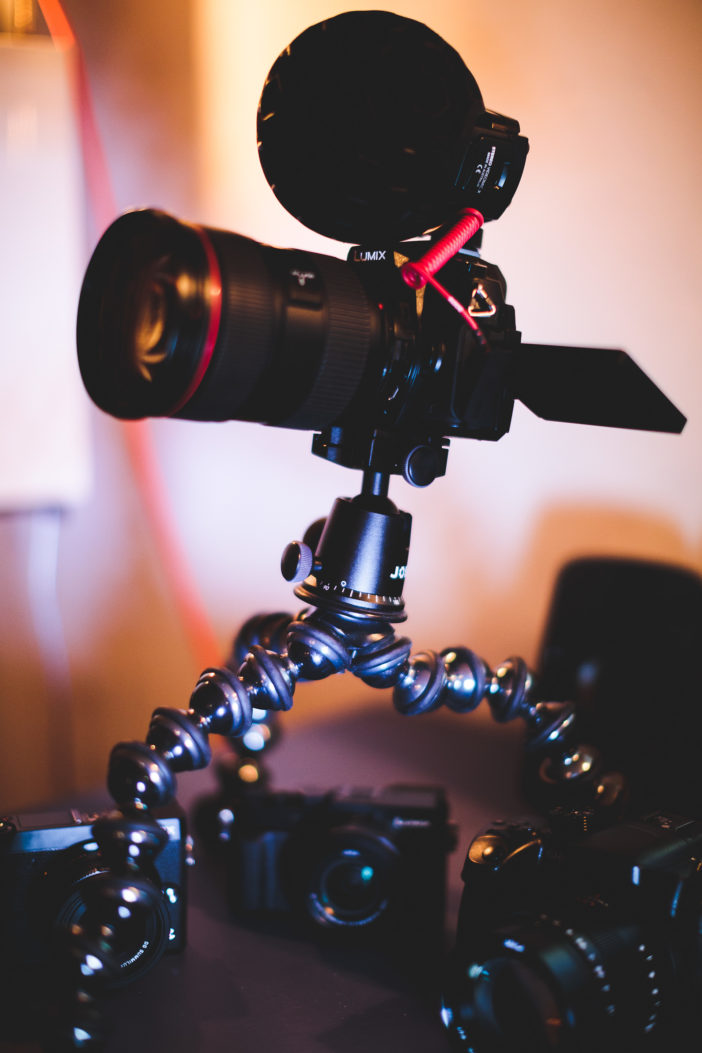 Yes, it ticks off the weather sealing box. Yes, articulated screen. Rolling shutter – erm yes it’s still there but nothing like as bad as on the A6500. It has super fast menus and a logical control layout.

In 4K on the E-M1 II the full 5.2K sensor width is used so maybe it is oversampling. However I noticed a bit of moire and aliasing on my sample clips from the Olympus. Not what you’d expect from ‘true’ oversampling. The difference in crop factor between the G85 and E-M1 II when switched to 4K video mode is only about 0.2x anyway.

Even when it comes to the main selling point of the E-M1 II – that incredible Olympus 5 axis stabilisation – the Panasonic holds its own.

I mainly feel I get the full benefits of this 5 axis stabilisation on the Panasonic G85 when using my Canon lenses. I haven’t felt the urge to invest in Panasonic lenses to get Dual IS working as well. I love how it works so well with adapted zoom lenses like the Canon 24-70mm F2.8 II, not just Panasonic’s own. To have stabilisation on a lens like that is the future, and very convenient. How long would it have taken Canon to add IS to a lens like that – would they ever do it? 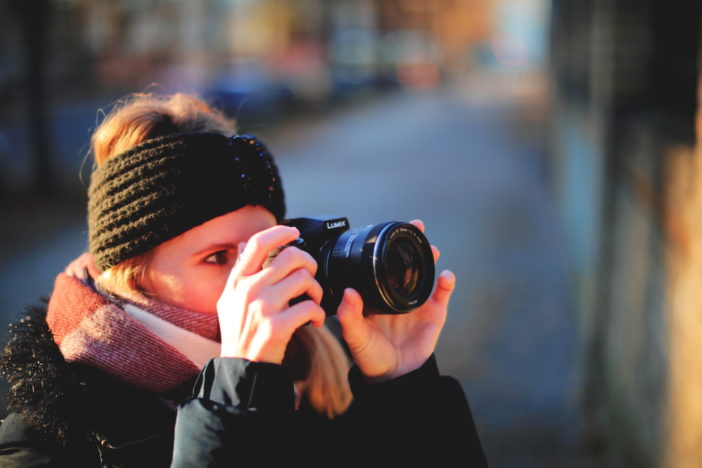 Both cameras improve further with Micro Four Thirds lenses that support Dual IS or Sync IS, just not dramatically so.

Before the latter PRO lenses came out just this month, Olympus did not bother putting optical stabilisation in their lenses at all. No firmware updates there! You will have to buy new glass to make use of Sync IS on the E-M1 II.

Super fast primes like the Leica Nocticron 42.5mm F1.2 which you wouldn’t usually expect to feature IS at all work in Dual IS mode on the G85. Compare that to the Olympus choice of two relatively slow F4 zooms, both very expensive. For me, the Nocticron delivers a more cinematic Super 35mm-like end-result. Only for news reportage and some documentaries do I think an Olympus 12-100mm F4 zoom would be truly useful. For cinema you’re better off using the Speed Booster XL with Canon 24-70mm F2.8L II in manual focus with the in-body 5 axis stabilisation doing 90% of the work of Sync IS with the Oly zoom. The ultra long 600mm equivalent (300mm F4) with Sync IS on the E-M1 II could be useful in a war zone or for a nature documentary but not many of us will find a use for it. Bird watching maybe?!

Put the same lens on the G85, turn off the optical image stabilisation and you get 90% of the performance with the in-body 5 axis sensor stabilisation.

Nevertheless, no matter how good the stabilisation is on both cameras, footage shot this way still has a different mood and feel to shooting a locked down shot on a tripod. It still has the extra energy of handheld, the imperfections of handheld, the floaty movement – you don’t get the same mood to fit certain scenes as you do with a tripod.

The one thing the E-M1 II does have over the G85 is a 200Mbit codec, but this is a variable bitrate and mostly stays around 70Mbit, which is similar to what the G85 does with it’s 100Mbit/s variable bit rate codec. Motion blur looks a little less macro-blocky on the E-M1 II but the times when the 200Mbit/s is actually used are few and far between. I hardly notice it.

In fact the G85’s image stands up so well to colour grading, it positively encourages it, which is just as well as the colour profiles Panasonic once again lay on are a tired, soulless affair.

On the surface the G85 might be a bit boring.

Plenty has changed from the Panasonic G7 and GH4. The core image quality & feature can be had with the cheaper GX85 but let’s face it – the ergonomics and EVF are just so much better on the G85. We have the mic socket. The weather sealing. The heftier build quality. The better EVF and more. The stabilisation makes it worth the extra over the G7 even though the body design hasn’t changed much. That’s because it wasn’t broken in the first place.

Panasonic GH4 owners perhaps should wait and see what the GH5 brings in January, but if it is $2000 and lacks in-body stabilisation I myself will have to think very hard over whether even that camera is worth the investment over the superb G85.