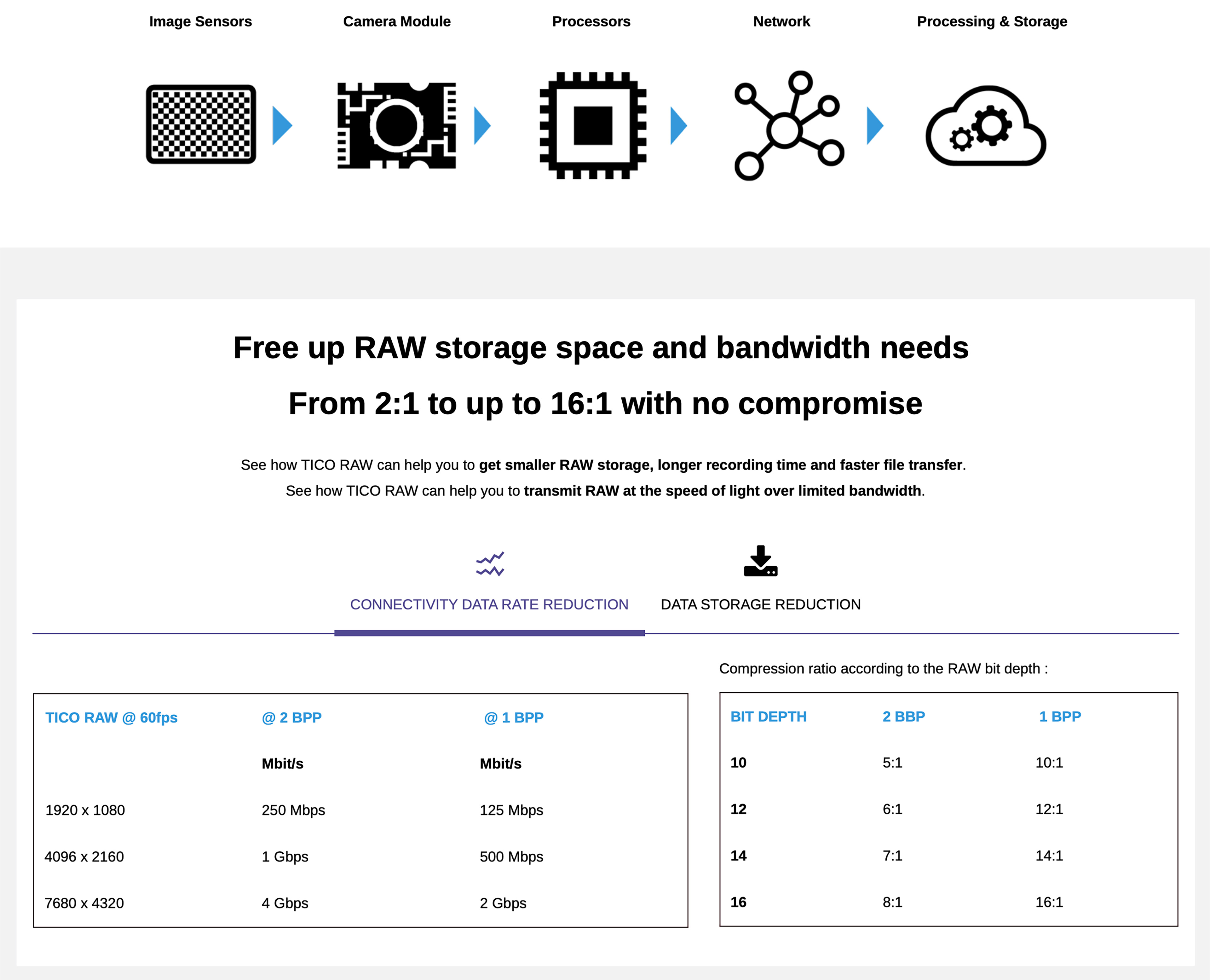 The Nikon Z9 undoubtedly caught many by surprise!

The headline grabbing video features are world-beating, but it’s the more practical side of the camera I’m most interested in.

Aside from topping out at 8K 60p, can the Z9 give us practical internal 4K N-RAW recording in 12bit at similar file sizes to 10bit H.265? And will it be widely compatible and easy to edit?

Nikon Japan’s official website offers some clues. It says that the Z9 uses a RAW codec for stills from intoPIX. When we go to intoPIX’s website we discover their codec isn’t just for stills. Indeed, it’s a hybrid stills/video codec, which is interesting.

In my opinion it is very likely Nikon could be using intoPIX technology for internal N-RAW recording. 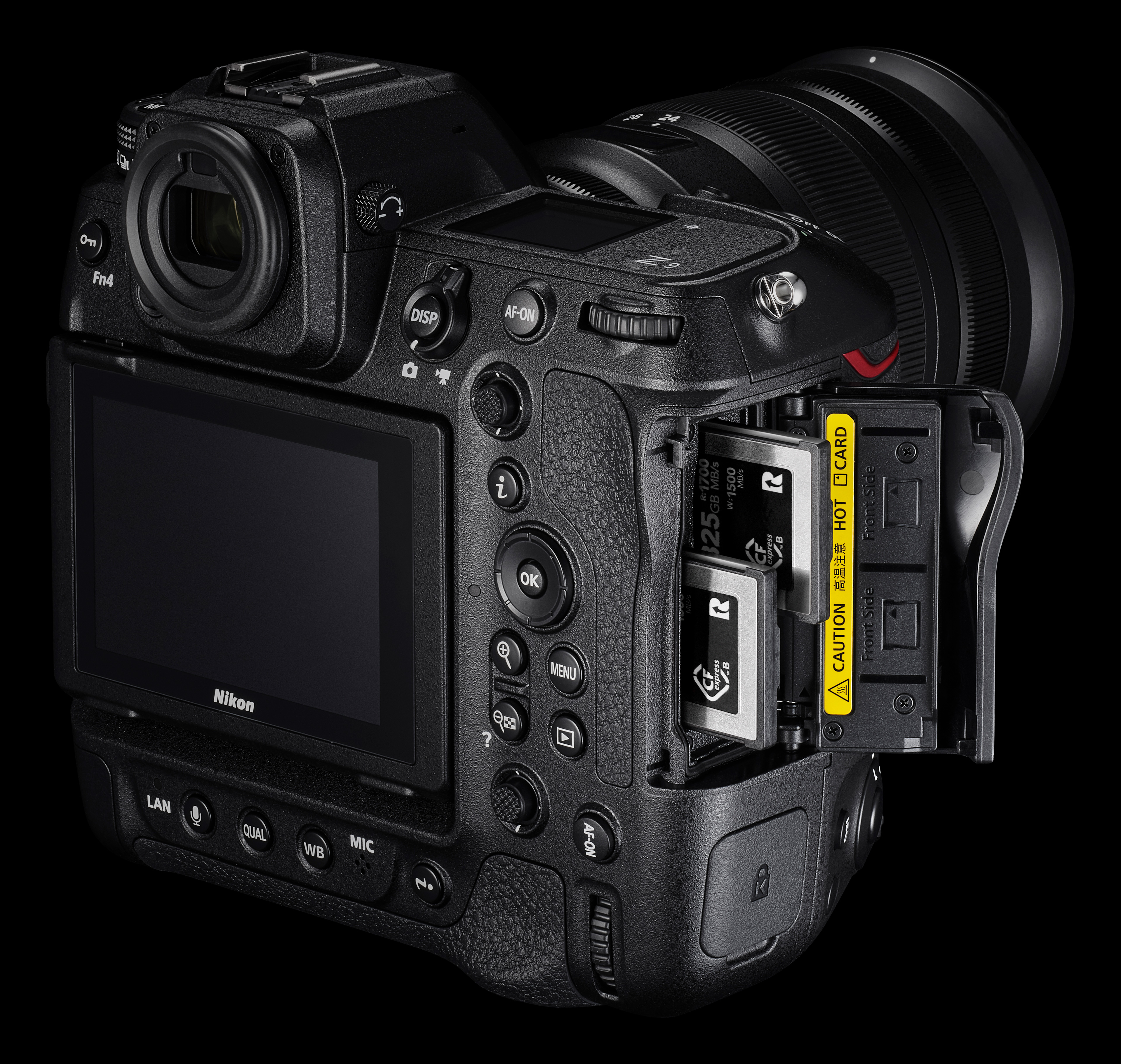 The interesting thing about the numbers above from intoPIX is that the TICO RAW bitrate for 4K/60p is just 500Mbit at 1 bit per pixel (1BPP). This means at the cinema frame rate of 24p we can expect just 200Mbit for 4K RAW. That compares to Long GOP H.265 10bit recording!

This would be extraordinary if Nikon’s RAW video edits well and the image holds up at this file size.

The Z9 of course licenses ProRes from Apple (422 and ProRes RAW). This makes a lot of sense as it’s a widely supported codec, but there’s no BRAW recording from Blackmagic here, or any talk of whether that will be possible via HDMI.

However both ProRes 422 HQ and ProRes RAW file sizes are pretty enormous.

As you can see TICO RAW offers two compression settings at 12bit. The higher quality 2 bits per pixel setting is 6:1 compressed compared to uncompressed RAW.

Meanwhile the 1 bit per pixel setting is 12:1 compressed.

This makes possible 8K 60P RAW at 2000Mbit/s which is a smaller file size than uncompressed Cinema DNG RAW at just 4K.

This is all the more impressive when we compare it to ProRes RAW.

At most settings it has a larger file size than ProRes 422 HQ and tips the scales at over 1680Mbit for 4K/60p – and that is only in the lowest quality setting at 10bit!

So when we compare the 500Mbit or even 1000Mbit for TICO RAW at 4K/60p that is a huge saving on card space and efficiency.

For me it absolutely makes sense for N-RAW on the Z9 to be this way.

However Nikon need to make it a bit clearer for us at launch. There’s not a lot of good info out there…

As far as I can tell 8K/60p RAW is coming in the later firmware update and that will be N-RAW format only, and that ProRes RAW will be in there at launch in December, but top out at 4K/60p (ProRes 422 as well)?

But what other flavours of ProRes are there in the Nikon Z9? Will (as I hope) ProRes 422 LT and Proxy be supported for smaller file sizes with minimal loss in image quality?

If Nikon licensed TICO RAW from intoPIX for video as well as for stills, which bitrates and settings for 12bit N-RAW did they implement in-camera?

I still tend to choose codec settings of under 400Mbit, with 200Mbit usually my go-to file size on my cameras so that it can be archived away without a major investment in permanent storage, without deleting the master recordings or further compressing everything with a loss of image quality.

So I have a feeling N-RAW will be a go-to setting for me in 4K on the Z9 if the bitrates are under 500Mbit!

What are your thoughts on the Z9? Have your say on the EOSHD Forum main Z9 topic here!