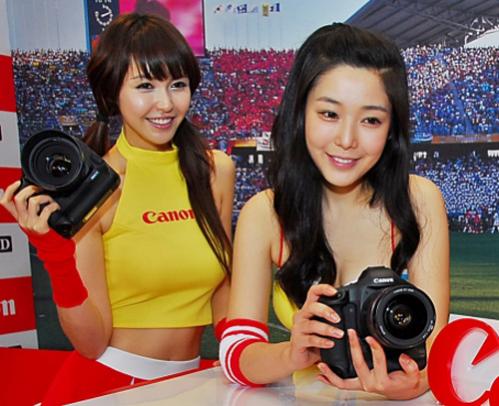 Canon have a trick up their sleeve, but so far we have no sign of it coming out. If released, this video DSLR would have 6x the low light performance of even the Nikon D3S and twice as much resolution as the 5D Mark II in video mode. Read on to find out how this is possible…

Still photographs have detail in abundance – even sharp when viewed at 100% (1:1) but video is not optimal at all. ‘Real’ resolution is slightly more than 720p on 1080p DSLRs, but certainly not as good as it could be, as ProLost showed in their recent article about moire and aliasing on Canon cameras ‘Ha ha now get back to work Canon‘.

DSLRs are still fantastic video cameras, but this shows very accurately how much better they’re going to be like in the 2nd or 3rd generations, next year. 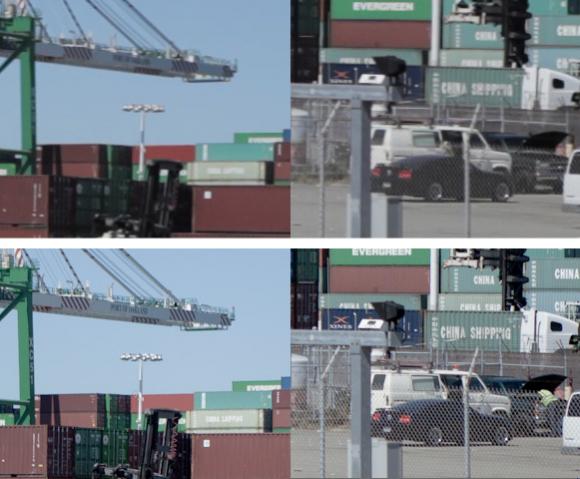 Can you make OK images with a line-skipping 1080P camera? Sure. Should you be embarrassed? Yes. We are not in that business. I saw the Canon commercial about shooting “motion stills”. They should be ashamed. Just try to take a still from their motion 1080P capture…

This is because the huge resolution sensors – up to 22 megapixel on the Canon 5D Mark II have to be quickly scaled down to approximately 2 megapixel 24 times per second – 1920×1080. On the Canon 5D Mark II, 7D and 550D this was not possible – the engine in the camera is simply not powerful enough, and would overheat or chew through batteries in a matter of minutes.

So instead the sensor simply skips lines to generate an image. This saves the mobile CPU on the camera from having to process the information at all – it’s a complete cop out. However it also means that a huge amount of information about the image is lost. The resulting image is very soft (low resolution) and has artefacts such as moire – rainbow like patterns where fine details should be. Also an effect known as ‘aliasing’ introduces jagged lines where smooth details should be visible. 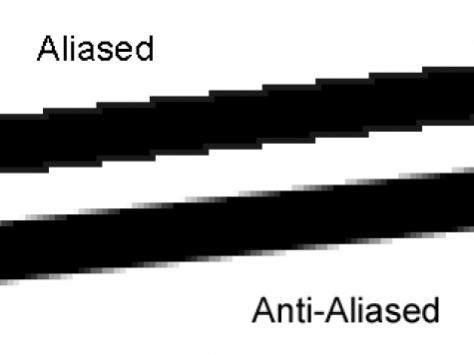 How do the DSLRs stack up in terms of resolution and detail from best to worst?

• Panasonic GH1 – has the edge on detail, because it has a lower 12MP resolution sensor. Along with a dual core CPU (Venus Engine HD), a slightly more advanced scaling method was used – all lines are read from the sensor into the CPU, but the CPU abandons 5 pixels for every 1.
• Canon 5D Mark II – line skips, but has 22MP of information to begin with resulting in more being left afterwards when the savage deconstruction of the image is done.
• Canon 7D – slightly softer than the 5D Mark II, looses the same amount of detail from the sensor but has 4MP less to start with. The same applies to the 550D / T2i which is the same camera. 720p is especially jaggy and aliased.
• Panasonic GF1 (hacked) – upscales 720p to 1080p but does not line skip. Not as sophisticated image processing as the GH1 due to only having 1 CPU.
• Sony NEX 5 – has 4MP less again than the rival Canon yet still line skips – not great!
• Samsung NX10 – horrific moire due to line skipping to a primitive 720p only encoding format.

The more megapixel on the sensor, the more difficult it is to downscale the image.

For example the GH1 has better video resolution than the 5D Mark II even though it has HALF the resolution on the sensor itself, and it’s stills are much worse. The GH1 also has less dynamic range and more noise, but it gets away with it in video mode to a striking degree because the Canon throws so much away. The resolution of the sensor doesn’t matter one jot if you throw 90% of it away!

However I am concerned that in the case of the pending GH2, 18MP is too much on a Micro 4/3rds sensor, I am seriously worried about it. This will be a more densely packed sensor on a DSLR than ever before. It’s a waste of CPU processing time for video, placing greater demands on the chipset. It has no advantage for low light, because the pixels become smaller and more densely packed into the same surface area, which in the case of Micro 4/3rds is smaller than even the 550D. CMOS technology is improving all the time to improve the sensitivity of the photosites and increase the efficiency of both the micro lenses which channel the last bit of light into pixels AND the electronic circuitry which read off the image to the CPU. Why waste that?

22MP, 18MP or even 12MP is completely unnecessary for high resolution video. For 1080p even a 2MP sensor would have been sufficient for perfect full HD resolution.

The image processor could be made much cheaper since it would not need spend time on the complex mathematics needed to down-scale an image intelligently. The sensor would not even have to be so fast – since the 22MP 5D Mark II CMOS has to read off lines at lightening speed from top to bottom to avoid unacceptable levels of skew (rolling shutter) in the image. With only 1920×1080 pixels on board, all 2 million pixels could be processed, instead of 6x or even 10x more as is the case with a high resolution photographic sensor.

On a full frame sensor, the photo-sites would be so large and the micro-lenses so large, that the amount of light captured would be much greater. Just 2 million photo-sites spread over the surface area of the 5D Mark II’s full frame sensor would allow 10x more light into each individual pixel.

The same effect has been seen before when Fuji developed the 6MP F30 compact camera. The F200 struggled to compete at ISO 800 and 1600 over 4 years later, because it had 12MP – 2x more photosites over the same surface area.

We have seen what the Nikon D3S can do in video mode with 12MP. Can you imagine having 6 times less? It would approximately equate to 6x better low light performance, and perfect resolution without any scaling required, plus the sensor could be read so quickly that the effect of rolling shutter would be almost unnoticeable. At current CMOS sensor rates, we could also have much faster frame rates available. 120fps 1080p might be a reality on a consumer DSLR. Here is the spec sheet for such a camera, which could be made right now. After all who uses a DSLR for stills anymore?!

Does that camera sound like something which may appeal to you?

It certainly does to me. So where is it?