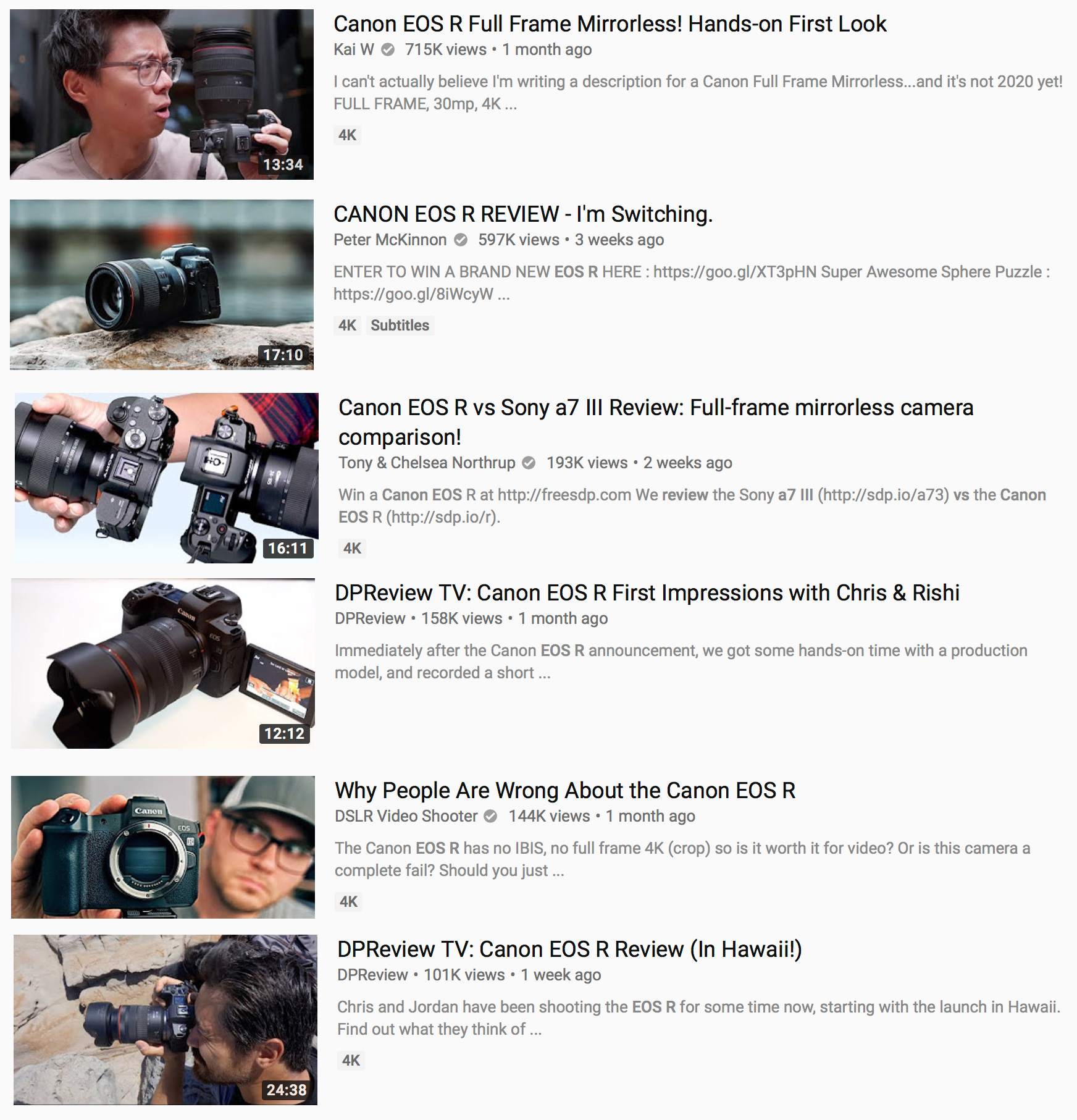 With an increasing number of customers relying on YouTube for expert consumer advice, is it any wonder Canon continue to sell more cameras than Sony and Panasonic?

If there’s one serious problem I have with the EOS R in 4K, it is not the 1.8x crop.

Within 30 seconds of opening the box and switching on the camera with a 50mm lens, I could see this…

So it seems obvious to me that they saw it to.

YouTubers who don’t issue a full disclaimer when they have a financial relationship with the manufacturer (which could be as simple as Canon paying for a train ticket so you can go to an event) are already in breach of the US FTC rules and can be fined thousands of dollars.

It’s not good enough just having a very simple disclaimer, saying “Canon did not pay me for this video”. If they paid travel expenses you have a financial relationship with them in the eyes of the FTC. There should not be just “a disclaimer” on the video but the correct one.

With such a huge marketing machine engrained in every aspect of social media, a softening up of the output in favour of Canon is inevitable. Otherwise, Canon wouldn’t spend the money. It really is that simple. If there were no impact, they would not spend the money. Launch events would not exist.

There needs to be a major push-back against invasive, borderline illegal marketing and it starts with the influencers of the influencers taking a stand. I can’t do it for them.

At the end of the day I am not here to bash my colleagues. I really do want to help them. I have absolutely nothing personal against anyone. I understand well the pressure on all camera bloggers and journalists to maintain a good relationship with camera companies to achieve early access to new cameras. It’s no different for me than it is for Peter McKinnon.

But I am TIRED of being the only one to turn down invitations. I have turned down every major camera company during the past 24 months. They haven’t.

Once you rely on early access to gear, there really is no difference to becoming an employee. Suddenly you have someone higher-up than you, who can control what you get to see and when.

My advice is simple… untangle yourself from all this bullshit and be free.