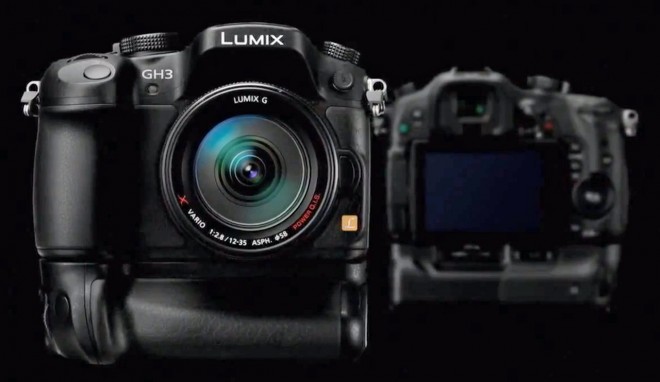 The GH3 will be revealed on Monday September 17th at a Panasonic press conference in Cologne, home of this year’s Photokina 2012. EOSHD will be there when the show opens on Tuesday to get all the juicy hands-on details. 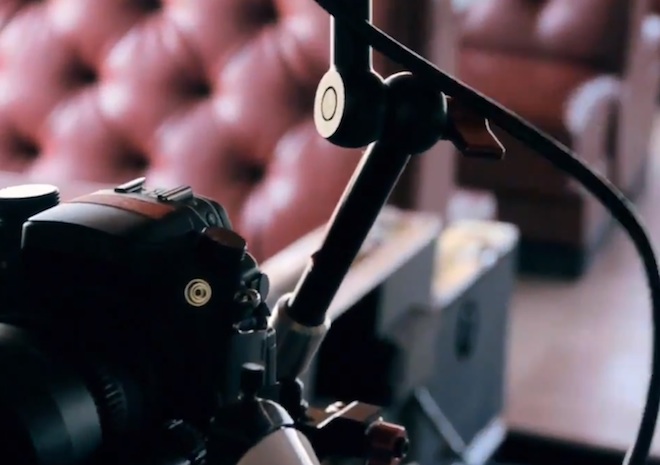 Above: GH3 prototype – the silver socket is a flash sync trigger

Handling is greatly improved. The GH3 has a Canon 5D Mark III style control dial on the back instead of the plastic d-pad on the GH2. There’s a further dial on the top and rear so three in total plus no less than 4 programmable Fn keys.

A mode dial on top selects the camera’s shooting mode and a 2nd mode dial on the left selects the drive mode. There’s a flash sync socket on the front near the lens mount. The chassis is larger and constructed from magnesium alloy like the 5D Mark III. 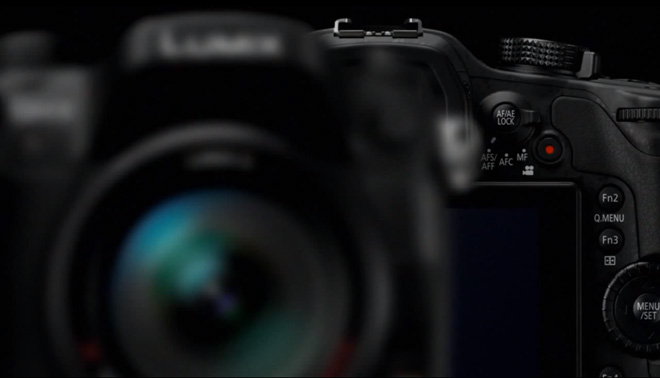 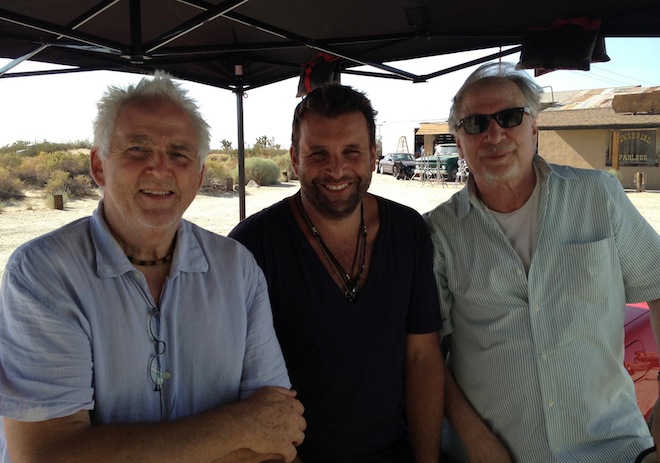 There’s a Hollywood promo video shot with the prototype GH3 by Bruce Logan, Mick Jones, Philip Bloom, Chrissy Randall and others. We see a glimpse of this in the leaked YouTube video  below as first revealed by 43rumors (unfortunately now removed).

Rolling shutter is still there judging by the train shot in the promo video so that rules out a global shutter for now.

I have heard a rumour (note purely a rumour!) that Sony were involved in both the sensor and OLED viewfinder manufacturing on the GH3. I’d be surprised if it a Sony sensor because Panasonic are more than capable of making their own. But it does share one thing in common with the excellent sensor in the OM-D E-M5 – it is 16MP. The other rumour is that the sensor is the more common CMOS, no more NMOS like in the GH2. If true then I have to say this is a good move because the NMOS sensors in the GH1 and GH2 were not quite able to match the colour and lack of fixed pattern noise / banding of the best CMOS sensors in my view.

The codec has moved up significantly to ALL-I 72Mbit 1080/60p. There’s also a 50Mbit mode. This is one of the GH3’s strongest features, if they have as good a sensor read-out as the GH2 we should be seeing C300 levels of detail in 1080p – but at 60p and high bitrates out of the box, not just 24/25p in AVCHD! Great for slow mo. The other great thing is that it appears 1080/60p is available not just in AVCHD mode but Quicktime MOV and H.264 MP4 – some nice edit friendly formats there and more broadcast approvable than a hacked codec. I see little reason to hack the GH3 as it seems to have so much out of the box this time.

I cannot see where the stereo mics have gone on the new weather sealed body but they are still there according to the leaked specs. The mic socket is 3.5″ not the smaller 2.5″ and an XLR accessory grip will be available.

I am extremely impressed at the lengths the Lumix team has gone to with the GH3 and it seems they’ve been very well advised as well. I don’t think any other video capable DSLR ticks as many boxes as this does.

Next week should very interesting indeed!