I am very impressed with the Sony FS100. The DSLRs have had their first proper kick up the arse today, and they deserve it. Not since the 5D Mark II was released at the end of 2008 have we had any meaningful steps forward.

Not least from Sony and now we see the reason why.

They saved it all for this baby – a custom build Super35 sensor for video, 24p of course (and 60p slow mo) and a very clean image even at ISO 6400 with a great codec. Surely this is the spur Canon need to get their EFS mount video camera out?

The form factor is also pretty special, and much better for creative filmmakers than the much more expensive F3. Although much of the feature-set can be replicated with add-ons in DSLR land (like false colour, peaking, EVFs) it is good to see Sony break from the traditional form factor and go for the DSLR / medium format / Red Epic style modular ‘box’.

This is definitely going to be popular, not since the VX2000 / PD150 have Sony produced something so compelling for filmmakers.

– Versus AF100. It is far superior, though slightly more expensive it has a much better image, a better form factor and a better screen. It lacks a built in EVF but there is a Sony (Zacuto z-finder style) adapter which turns the 3.5″ LCD panel into an EVF. Most will use a monitor or offset EVF add-on anyway, rather than having a EVF behind the camera body which is usually in the wrong place ergonomically. Like the AF100 the FS100 can over-crank to 50/60p for lovely slow motion. 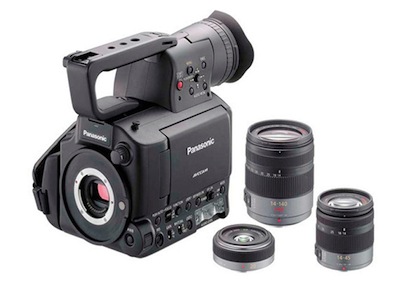 – Versus Sony F3. It is cheaper and I’d argue ergonomically better too. Smaller and lighter, same sensor yet half the price. It doesn’t scrimp on features either, and has a 4-2-2 ‘uncompressed’ HDMI output though NOT HD-SDI & upgradable to 4-4-4 like the F3. The big brother camera is a good option for more conservative professionals, but for creative filmmakers and more budget conscious people the FS100 is a bargain (if you ignore DSLR prices). 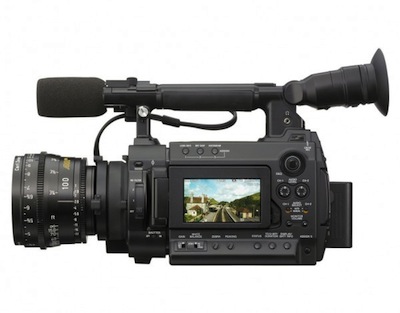 – Versus GH2. It’s a no contest price wise, at least it would seem for most consumers and low budget filmmakers. However once you start stepping up the DSLR ladder, buying a SmallHD DP6 and Voigtlander 25mm F0.95 to compensate for the GH2’s smaller sensor, lower sensitivity and ergonomic failings – the price is actually a lot closer to the FS100. Image wise, in good light the cameras will be close resolution and detail wise, and the sensor sizes are actually not too far apart but in terms of smooth graduated tones, dynamic range and high ISO performance the FS100 is a clear winner. It’s just fortunate for Panasonic that the AF100 and GH2’s ‘secret weapon’ Voigtlander 25mm F0.95 vignettes on a Super35 and APS-C sized sensor and so isn’t a good bedfellow. Don’t expect to see Micro Four Thirds to E-mount adapters any time soon! Bare in mind also the possibility of the GH2 hack blowing the GH2’s image quality skywards. 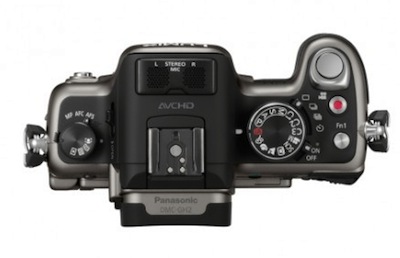 – Versus 5D MkII. Here the choice is trickier and the DSLR fightback begins in earnest when the successor comes later this year. (There is also the question of what the 1DS Mark IV might bring). The 35mm photographic sensor size is unmatched in the video world, and no matter how many idiot-pixels Canon will try and stuff into it, you can be sure it will be a performer, even at ISO 6400 because it’s such bleeding edge tech. If you need less rolling shutter and a smoother better resolved image, good monitoring, whilst moire and aliasing really present a problem to your shooting style – the FS100 is better. If you need shallow DOF even on ultra wide angle shots and a unique look, as well as a cheaper camera body with the ability to do amazing stills and timelapses, the 5D MkII still has an edge on all the video competitors no matter what they cost – it really is STILL unique. 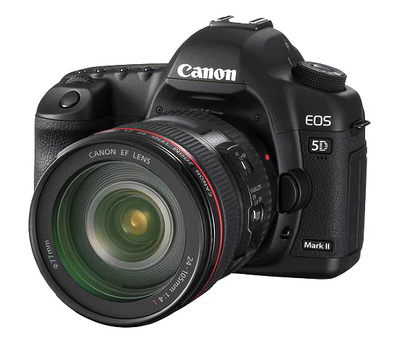 – Versus 600D. If you are considering this camera, it’s because it’s a bargain for what it does and you don’t need the FS100 to produce outstanding looking work. Stick to your guns, it makes sense, and it shows me the DSLR revolution isn’t going to vanish, despite a disappointing amount of technical stagnation from Canon, a bafflingly conservative approach to video from Nikon, the lack of 24p and manual control from Sony. 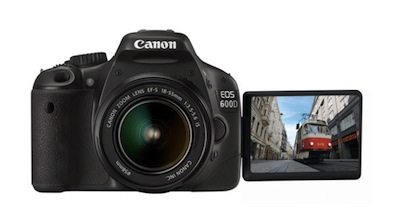 – Versus 7D. Virtually the only reason to buy the 7D now we have so many other options is because, like the 1D Mark IV, it has a decent HDMI output for monitoring with. It’s also good value for money, but the 600D is even better value, whilst the FS100 and GH2 give arguably a better image. The GH2 out-resolves the 7D’s 1080p mode in 720p!! The 5D Mark II is also much more enticing image wise.

A quick walk around any shop floor confirms that Sony’s approach to video thus far has been quite evil. In fact had we not had the option of buying Canons and Panasonics, there would not have been a revolution in affordable digital cinema cameras at all.

Peering into a £400 NEX mirrorless, Vitaliy Kiselev found rather old hardware, plenty of cost cutting but a great new sensor. Sony then took this dime-store circuitry and lovely new sensor, and put it in a larger case with a VG10 sticker. Vitaliy’s inspections here reveals the difference of a single chip on the circuit board, everything else is the same. Even the firmware and user interface is just marginally changed. Manual controls are enabled with a single line of code, implying they are disabled on the NEX mirrorless on purpose.

A quick glance at the NEX FS100 and F3 tells a familiar story. Basically the same camera, except that one is double the price of the other and in a more ‘serious’ looking body.

Of course Sony are not the only ones to realise that this approach makes bundles of money. Panasonic did it by putting the innards of a sub-$1000 consumer digicam in the AF100 and still professionals lapped it up as if the GH2 never existed (unfortunately for most American customers it never did!)

The FS100 is an amazing camera and doesn’t sadden me in the least.

What does sadden me is that cheaper Sony cameras were capable of at least 24p and manual control to start with and that there could have been some great work shot on £400 NEX bodies but instead were shot on GH1s, GH2 and 550Ds at Sony’s expense.

It is the wrong market approach, and what I fear will happen next is that the VG10, FS100 and F3 will sit on the market for the next 3 years whilst Canon and Panasonic overtake them technology wise, and Sony’s next great DSLR the A77 will be released with no manual controls and interlaced crap coming from crippled firmware.

Sony’s A77 marks the point where the APS-C CMOS sensor is expected to truly overtake Canon as the market leader on price / performance, and it is a 24Mp chip that is clean at ISO 6400 (if early reports are to be believed). It will be a tragedy for consumers if they cannot shoot video with it, and rather arrogant of Sony to suggest that the art of good video belongs only in the domain of professionals circa the $6000 price point. 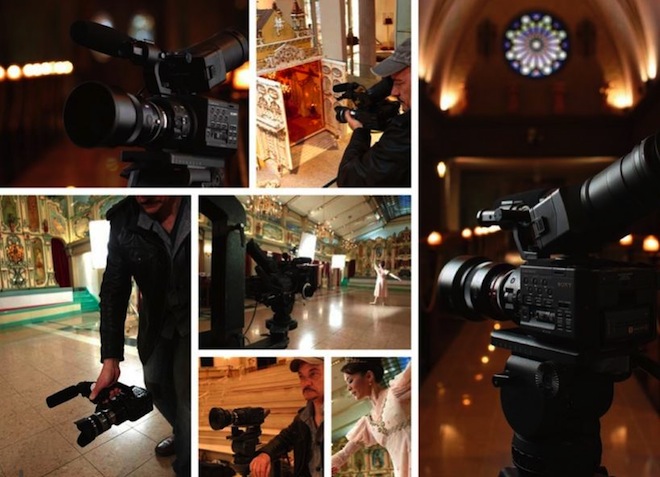