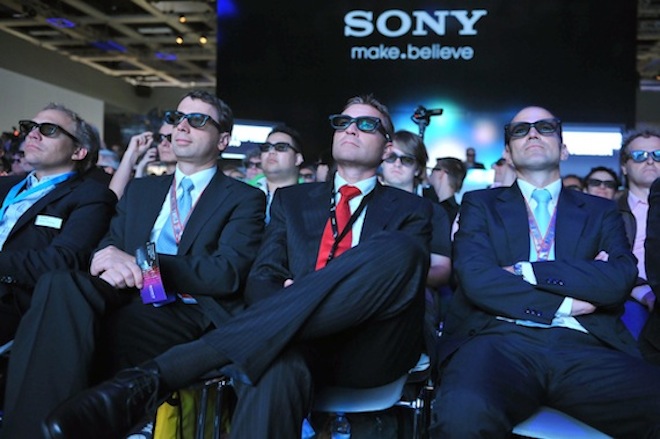 Sony have published a study into 4K in theaters. Called “Does 4K really make a difference?”. The advice is aimed at cinema companies upgrading to digital projection, who are faced with the choice of either 2K or 4K projection systems.

Sony’s findings also gives filmmakers a much needed insight into what situations 1080p, 2K or 2.5K are ‘good enough’ and when a 4K camera actually makes a difference.

“Some have suggested that 4K is only meaningful for very large cinema screens. In fact, screen size isn’t the true measure of an audience member’s ability to pick out detail. The true measure is the relative distance from that person to the screen, the viewing distance. On paper, 4K is obviously the superior solution. But what about the real world? Will the ticket buying public actually be able to perceive the benefits of 4K resolution in actual theaters?”

One of the reasons moire & aliasing or flaws in DSLR footage looks much worse on a computer monitor than on a TV or projector is that the viewer is sat so close to the screen.

Common wisdom suggests that larger displays should make the most of 4K whilst on smaller displays it would be wasted. This is not quite true.

Sony say that the one constant in all of this is human vision and this of course varies depending on the cinema-goer. Some won’t have the required acuity of vision to determine the difference between 2K and 4K.

Sony claim this is conservative and that some people have better eyesight – 20/10 vision. Possibly because they never had to watch 200hz TVs!

Then Sony converted the opticians chart into a pixel peeping equivalent and figured those with 20/20 vision can see 60 pixels per degree of viewing angle. The viewing angle is a number that takes into account both screen size and seating position and it helps to visualise it from top-down. Look at this lovely thing… 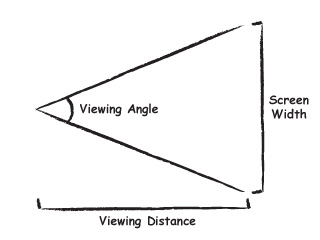 The official level of detail that most people can ‘reliably’ see is 44 pixels per degree allowing for generally average eyesight, noticeably weighed down by some speccy-four-eyes in the front row 🙂

“The most desired seats for the most enthusiastic ticket holders are roughly 1.5 Picture Heights from the screen. At this distance the viewing angel is 37 degrees. The relaxed reference of 44 pixels per degree multiplied by 37 degrees vertical equals 1628 pixels vertical.

“This, the most relaxed reference of all, is the friendliest to 2K digital cinema projection and the least favorable to 4K. Nevertheless, we will make the argument for 4K using this most conservative reference, 44 pixels per degree, as well as the widely accepted standard of 60 pixels per degree [20/20 vision].

“The 1080 pixels of 2K projection fall 34% short of the 1628 pixels required to create a seamless picture. Of course, this 2K shortfall varies according to viewing distance. Sit closer and the shortfall becomes more severe. Sit further and the shortfall will diminish, eventually to zero. The shortfall is also linked to the reference for visual acuity. Using 60 pixels per degree, which corresponds to recognizing the “E” on the 20/20 line of the eye chart, 2K projection can only provide half of the required 2220 pixels. “

Thus 1080p would exhibit some visible softness but not too much and the 2.5K of the Blackmagic Cinema Camera (1350 pixels vertical) and Arri Alexa would be pretty close to retina levels of detail for those with normal eyesight sat in the middle of the theatre.

4K is 2048 pixels vertically and would benefit those with 20/20 vision sat closer than the middle of an average cinema.

Sony claim that small cinemas benefit from 4K as well. When you have a smaller theatre where 70% of the audience are much closer to the screen than in a multiplex, 4K starts to pull ahead of 2K. 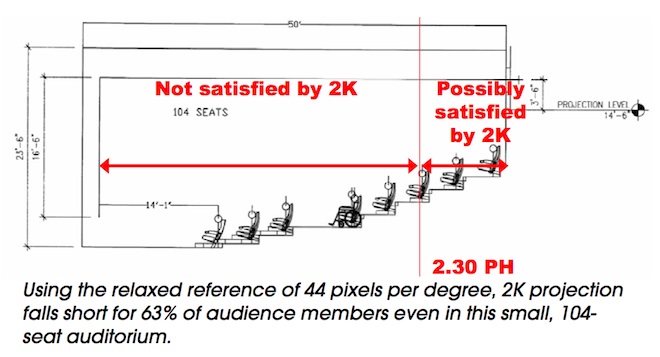 The paper then rather unsurprisingly goes onto claim that 4K is the best thing since sliced bread and that every cinema whether large or small should upgrade.

A lot of this part of the paper has to do with complex mathematics in the relationship between differing levels of human vision, different screen sizes and viewing distances.

For those whose maths is not their strong suit, Sony also claim to have real-world evidence that people go wild for films in 4K:

“Focus group research confirms that real-world theater-goers can see the 4K difference. Movies were presented to a theater audience in both 2K and 4K, without identifying which was which – and without saying anything about the technical differences between the pictures. Audience members were not told to expect a resolution difference in these “unaided” tests. Even under these demanding circumstances, respondents consistently gave 4K higher marks for every aspect of picture quality. Respondents also gave 4K higher scores than 2K on every measure of expected consumer behaviour including, “This is something I would tell my friends about,” “This is worth paying more for,” and “I would go out of my way to go to a theater that offered this type of picture quality.”

Personally I’d think a cinema ticket would be worth paying for if there wasn’t a big hairy man sat next to me crunching popcorn for 3 hours solid.

Personally I feel 1080p and 2.5K are good enough for a great cinema experience. Just look at Skyfall.

And of course it won’t stay this way forever but rather than a megapixel race, perhaps the industry would be better off nurturing filmmakers if they want people to keep going to the cinema, because frankly a lot of the mainstream stuff recently has been utter bullshit.

We need more of Drive, Moonrise Kingdom, Life of Pi, Argo and The Artist and less Twilight Saga.

What about home cinema?

I saw 1080p Blu Ray upscaled to 4K at the IFA show in Berlin earlier this year. I honestly felt this footage on Sony’s 50″ 4K TV at normal viewing distances felt more detailed than the 4K projector they had in the other room!

There was also a Super Hi Vision 8K display and you had to be ridiculously close to see the detail on that. So close that you couldn’t see the whole screen at once.

So they key to home cinema is probably more in the seating position and screen size than whether you choose 4K or 2K.

I expect you will have to be sitting pretty close to your 4K TV to notice the benefits. 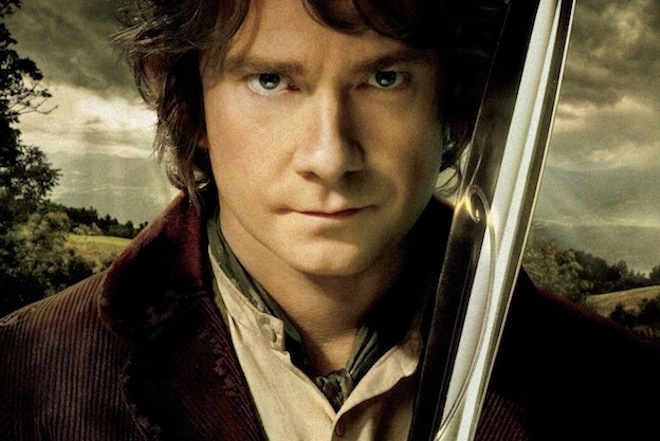 The Hobbit argument – is 4K 48fps the future?

Cinema’s immersive quality is hard to pin down. It can be generated by the story, the filmmaker, the images, the system of displaying those images. I actually think that many have an emotional connection with classic cinema images, and for these people that emotional connection makes them see beauty in the image. It may be a shock to the system when crisp 4K 3D at high frame rates come along but can we get used to it?

In 50 years time will people be reminiscing about the lovely smooth TV news like quality of 48fps and how they cried at the sheer beauty of it all?

I myself love the flickering old black and white projection systems. I recently saw a John Ford classic western on a big screen and the flaws of the image actually adds to the immersive experience. I have however noticed that the emotional response I get from very crisp 2.5K Blackmagic Cinema Camera looked at closely on a 2.5K desktop display is greater than that for 1080p, all else (i.e. content) being equal. So perhaps Peter Jackson and Jim Cameron are indeed heralding in the future of cinema.