This is a torture test of the low light abilities of 3 cameras. There are three test scenes in a battered old ex-factory in the east of Berlin. The first consists of a completely pitch black room with glowing pearl lighting. The next one is in the roof is lit using a single iPhone 4S torch with the cameras ramped up to ISO 12,800. The third scene is again a pitch black dark room with the lights of a building outside reflecting in a mirror on the wall.

This was a test shoot for the kind of extreme lighting I’ll be exploiting for a project I’m working on at the moment called Blind Hell. So far it is has been great to exploit a cleaner (almost noise free compared to film!) image at ISOs like 1600. But when you push amazing tech like this to ISOs like 12,800 you see things which have never before been utilised in the history of film. The way light behaves at this level of sensitivity goes beyond what human vision sees. The way it reflects off surfaces, the way it dances and moves – and my aim is to exploit this new territory to the full, creatively. It is far more exciting than just getting a cleaner image with less noise. 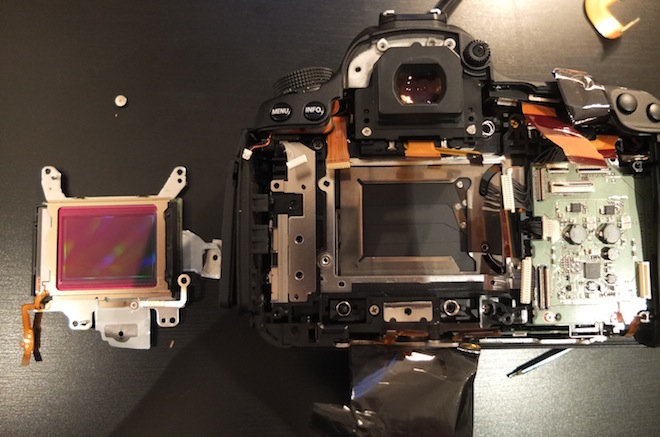 The 5D Mark III in this test has the OLPF / anti-aliasing filter removed for better resolution. This also makes the camera sensitive to a wider wavelength of light including infrared. Again this is opening up a new creative road because I can now shoot video using just the infrared wavelength which is invisible to the human eye. The way this is done is simply to put a visible light wavelength blocker over the lens. My modified 5D Mark III is also useful for shooting the heavens since you get more light overall coming from the galaxies, so it is great for astro timelapse. Most of the time you can get away without a full IR-cut filter in the camera (the iPhone 4 didn’t have this for example, and neither did the Leica M8) but when infrared light does adversely affect the image under certain types of electric light and with black fabrics turning purple, I use an IR/UV-cut filter. Because the Leica M8 did not have a full optical IR-cut built in Leica made some very very high end IR-cut filters. I have some of these on the way.  There’s no chance a Leica filter will adversely affect sharpness like the OLPF did. You have to be careful with filters in front of the lens that they don’t cause issues with ghosting flare as well. The Leica ones can be had for around $70 on eBay, new they are double that. Either way they are worth the extra over cheap stuff. 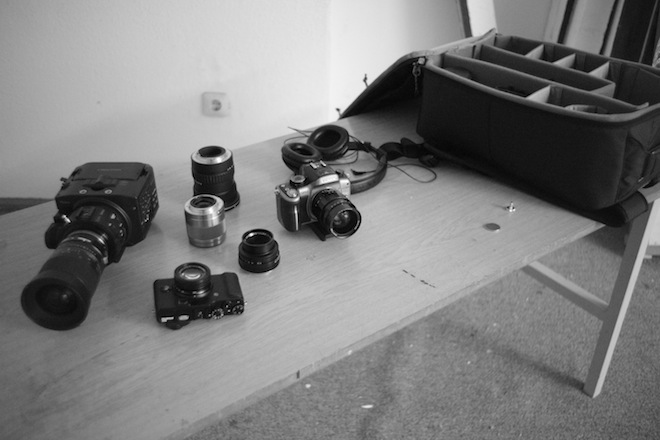 This test was shot with a series of Leica R lenses which I picked up from the window of a camera store in Berlin for 99 Euros / $130 a piece. These were so undervalued as they were not the more modern ROM versions, but since I wasn’t going to be using them with an R body it didn’t matter. The lenses date to around 1968, optically they are as fine as the 80’s and 90’s versions.

The first two scenes are shot in black and white to clearly show what resolution the cameras deliver and with how much noise. The final scene is a test of how well the cameras handle colour and specular highlight roll off. Here I found that although the FS100 holds onto saturation just fine even at ISO 6400, the 5D Mark III had better looking highlights. On the FS100 the red and blue channels clip quite suddenly and there isn’t that nice smooth roll off you get with film, to put it lightly. I’ve optimised the image quite intensively trying to mitigate this as much as possible, and you can see my FS100 picture profile settings later this week.

As I don’t yet have the latest firmware which displays ISO as well as Gain on my Sony FS100 I used AbelCine’s chart to match the video camera to the DSLRs. In order to update the firmware sadly you need to use the AC cable (mine is currently back in the UK!) which is not great to be honest. A power cut can brick your camera. In all the furious firmware updating the GH2 hack community has seen, all the bricking incidents have come from people using the AC cable (loose connection, power cuts, faulty cable, tripping over the wire, etc.) so I think Sony really need to take a careful look at this and reconsider their advice. It is MUCH safer to use a fully charged genuine battery in my opinion. AbelCine’s chart actually resulted in the FS100 being a little bit underexposed compared to the DSLRs at the same ISO going off that chart. I feel that maximum 30db gain is more like 12,800 and 0db is more like a base ISO of 400. I was using the FS100 as my reference for exposure on this test so the DSLRs are a little bit over (at the same settings). Bear this in mind when looking at the highlights on the DSLRs, Mark III especially and the bleached colour saturation of the mirror shot at ISO 6400. I wouldn’t have shot it like that outside of a test. Here’s a 5D Mark III 22MP still for reference of how the highlights in this scene should look (I concentrated on the mirror to the left) – 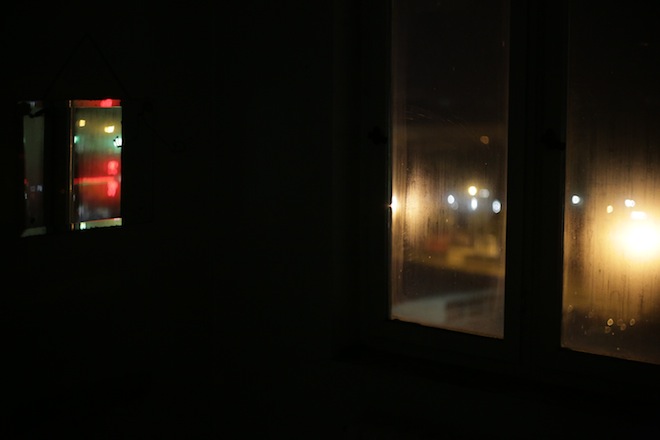 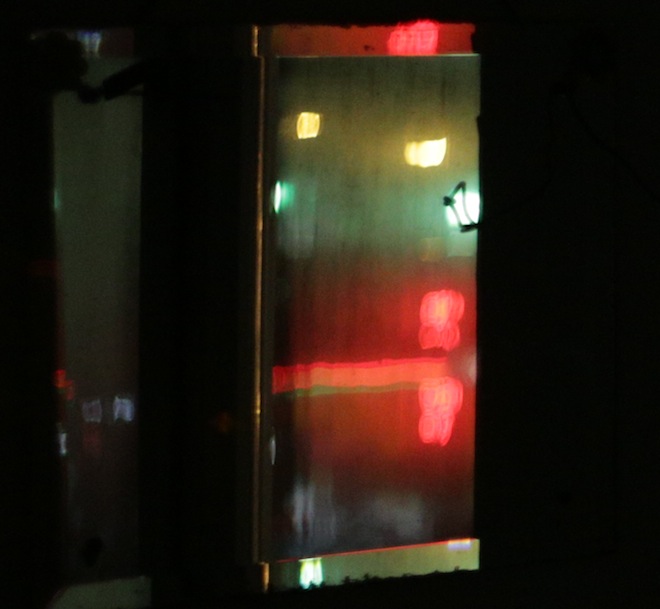 The GH2 is surprisingly a real match for the FS100 and 5D Mark III in low light up to ISO 1600. After that it does have far more noise. All these cameras are capable of producing amazing extreme low light results. The 2nd scene in the test is just between the 5D Mark III and FS100 because it is ISO 12,800. The third scene tells you about the problem the GH2 has at ISO 12,800. Although it is noisier than the FS100 of course, it does maintain a fine grain of noise and plenty of detail – but it has quite a serious banding issue in the lower third of the frame. Colour is hopeless at this extreme (hacked) ISO as well, so it is really better to shoot B/W when using ISO 12,800 on the hacked GH2. I’ve had some lovely results but it isn’t up to the standard of the FS100 when you go past ISO 1600. Below that, it is competitive and for $600 that is pretty astonishing!

It really is very noticeable on the plain wall in the 3rd scene how much difference an illuminated surface makes to noise levels, especially the visibility of banding and fixed pattern noise (FPN). This is why high ISO performance on well lit test subjects is never the whole story, so take most reviews with a pinch of salt (including DXOMark).

Whilst the FS100 tends to do very well in the lows and badly in the highlights, the GH2 does badly in the lows and just ‘ok’ in the highs. There’s some clipping and crushing of shadow detail going on with that camera in extreme situations especially at the higher ISOs on display here. The FS100’s footage grades better than the 5D Mark III’s codec especially in low contrast shadowy scenes like this, there’s far less rubbish in the lows on the FS100 despite the bitrate being just 24Mbit in 24p mode compared to nearly 90Mbit on the 5D Mark III.

Sony did a great job with the dedicated video encoder chip there despite it being a good notch or 2 down from the one in the more expensive F3.

Without the OLPF filter I am MUCH happier with the 5D Mark III’s image and it has freed me from the burden of sharpening in post. This footage doesn’t have any post work done on it at all, it is all straight off the card. No sharpening added to the 5D Mark III yet it is pretty close to the FS100 even at these high ISOs. On shots of people especially close up it looks even closer to the detail level you get on the FS100.

Final note… Audio is going to go through the FS100’s XLR jacks on the shoot. There’s nothing in the test video but here is a sneak preview of the equipment we’re using on the audio side… 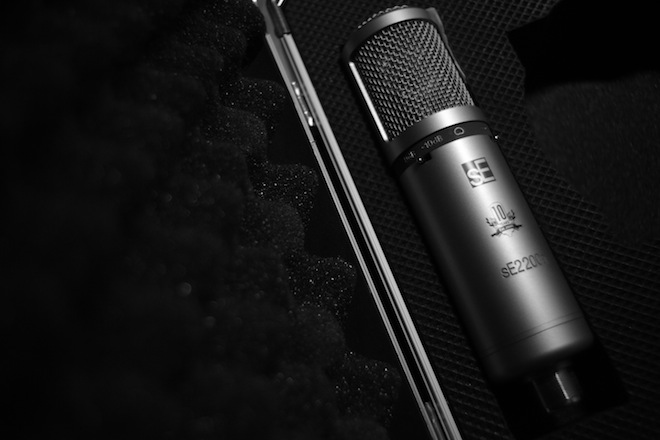 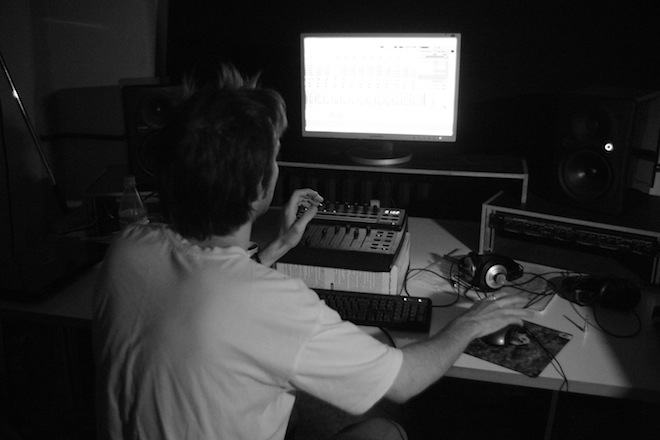 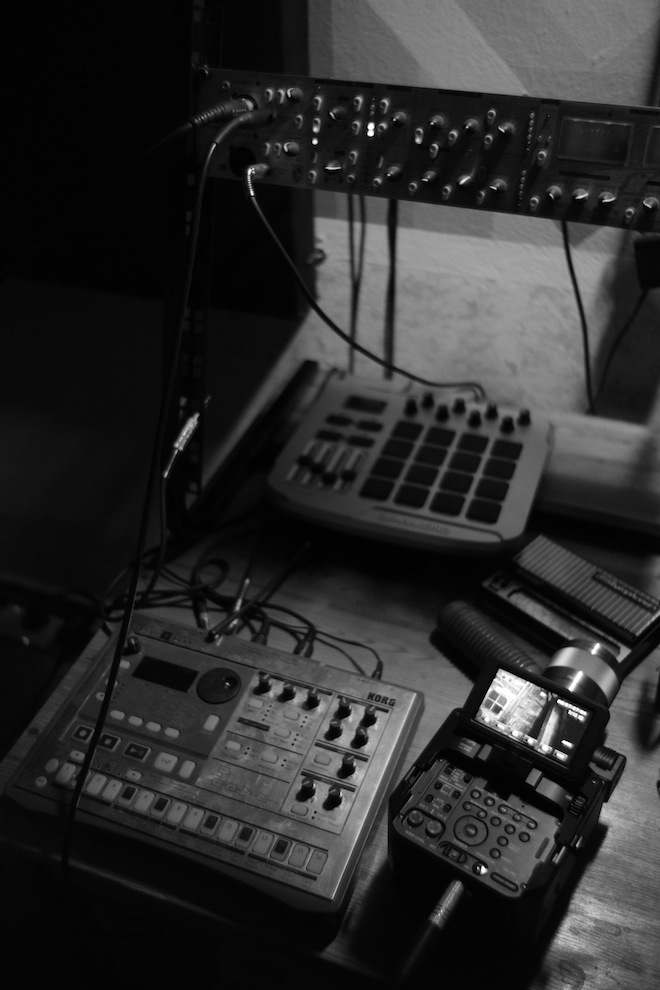