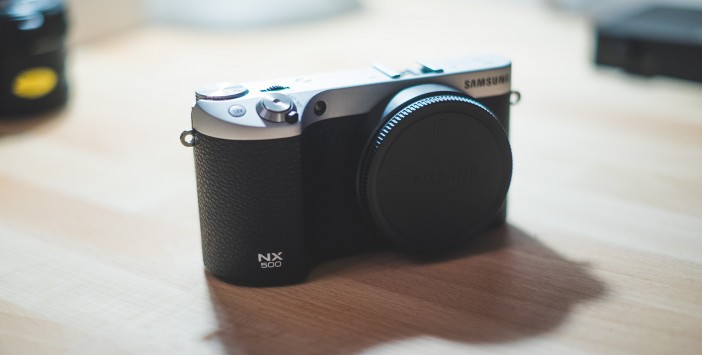 This article is the first in a series. Stay tuned for more NX500 coverage on EOSHD.

I am currently shooting with what I think might just be the world’s most affordable interchangeable lens 4K camera.

The Samsung NX500 in my hands is the final retail camera not a pre-production model. It’s running the final firmware V1.0 as well and shoots 4K! 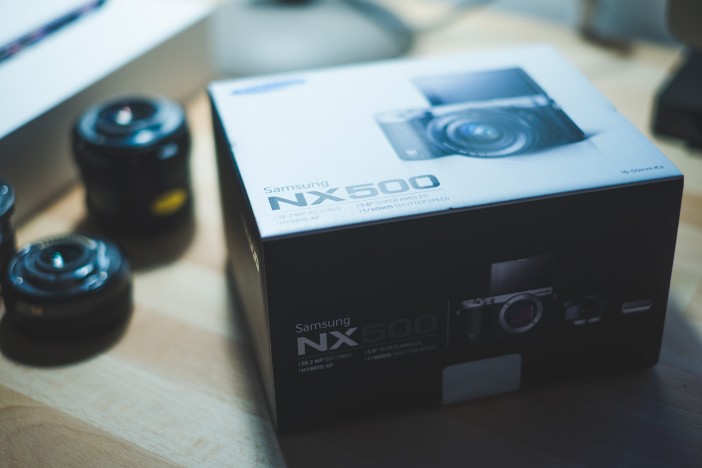 As with nearly all cameras for under $1000, we have to however bear in mind the ways they have ruined it.

Samsung seemed undecided how to ruin 4K on this camera, toying with a 2.5K mode in the pre-production units. Eventually they’ve settled on a bothersome 4K centre crop of the 6.5K sensor. The 4096 x 2160 mode is 24p and is a 1:1 crop of 6480 x 4320 total pixels. Therefore the field of view of your lens changes rather dramatically.

Unfortunately the camera has no movie mode on the dial and you can’t permanently display the correct framing for 4K movies in live-view. You have to press the delete button to activate the temporary movie-stand-by mode for this every time you want to frame a shot.

That may sound as tolerable as a chav in Harrods, but it gets worse – every time you finish recording a clip, it jumps back out of movie stand-by mode and back into stills mode, with the wider field of view. So you have to press the button again to get the right framing up for the next take.

And AGAIN every time you turn on the camera.

The HDMI output also seems to be ruined, because it can’t do 4K and instead tops out at 1080p. The codec appears ruined by the omission of a Pro quality setting, dropping the bitrate in the top ‘HQ’ setting to just under 50Mbit/s from 80Mbit/s on the NX1 Pro setting.

The features in the NX1’s recent firmware updates have not made it into the NX500 either, like Gamma DR and 25p in DCI 4K. There’s just the standard NX1 picture profiles. Ultra HD (3840 x 2160) meanwhile shoots 25p or 30p depending on what you have the region set to (PAL or NTSC). This forces you into DCI 4K for 24p.

But to be honest does it really matter that they’ve tried to ruin it?

The NX500 is all about previously unheard of resolution in a cheap and small package. It’s also very responsive. It makes using the Fuji X-T1 feel like being stuck behind Uncle Bill at the super market checkout, twiddling with his coins.

With the Samsung 30mm F2.0 pancake lens the NX500 is a pleasure to handle and will slip into a jacket pocket, although the NX lens mount’s slightly longer than necessary flange back distance does make it thicker than it actually needs to be. It also makes it incompatible with a Speed Booster-like adapter.

In the end let’s be pragmatic…

It’s clear Samsung want filmmakers to buy the NX1. It’s clearly the better camera for us. Also, concessions are necessary to get the NX500 the size it is, and frankly the price it is too. It’s a technical task as well as a marketing one. 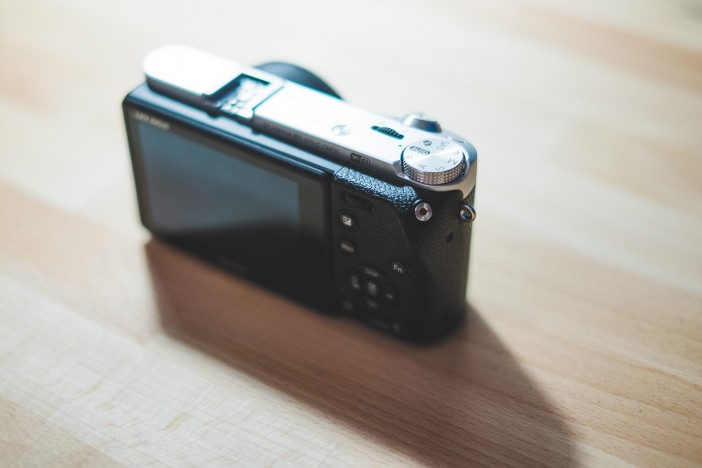 Build quality is on the whole very solid. The chassis feels like it’s made of the right stuff – something solid and metalic, although for all I know it could be made of cheese.

The back only lets the side down as much as you’d expect in that it doesn’t have gold plated menu buttons or leather cladding.

This camera most reminds me of the 4K shooting Panasonic LX100. It lacks a built in EVF or an edit-ready codec but it has a better sensor and an interchangeable lens mount.

So take your pick people.

Finally here’s a quick video frame from the camera in DCI 4K video mode and the extent of the crop from the full sensor. 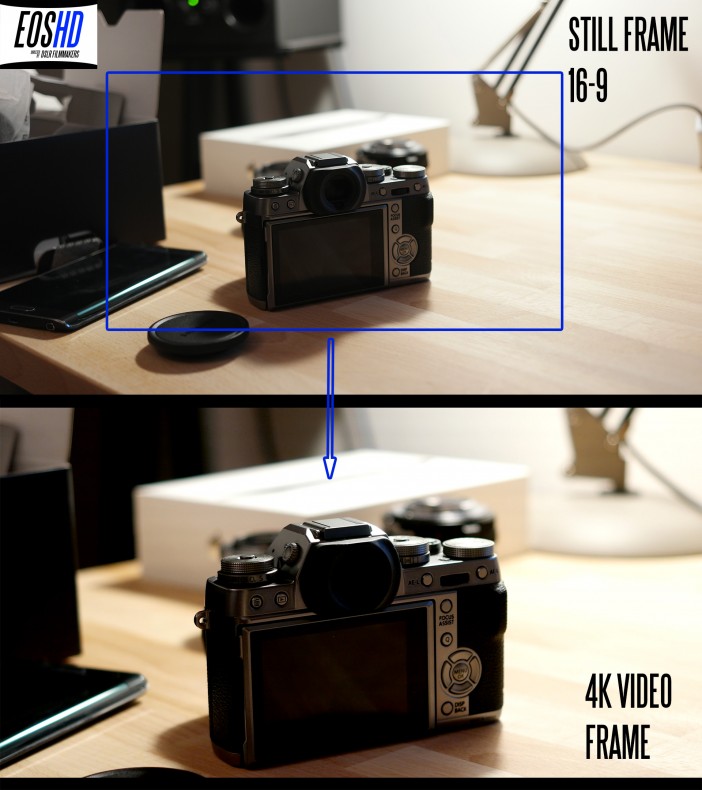 The Samsung NX500 seems to be a bargain that’s only partially ruined. The 1:1 crop for 4K may actually prove to have some advantages such as less rolling shutter, a finer noise grain and extra telephoto reach as a B-cam to the generally superior NX1. We’ll see about that in the next article.

However it’s a shame Samsung did not add a Movie mode to the mode dial. That way video users could permanently set the display to video, with the relevant information and cropped field of view on the LCD at all times.

Just bear in mind that although the NX500 has a large APS-C sensor, that hefty crop in 4K mode puts the effective sensor size more in league with the Panasonic LX100 close to 2.3x crop and smaller than Micro Four Thirds so if you don’t need the interchangeable lens mount, the LX100 is even better value for money because the kit lens it includes is significantly better than the Samsung 16-50mm that comes with the NX500. You also get an EVF!

More on the NX500 soon, including 4K footage.