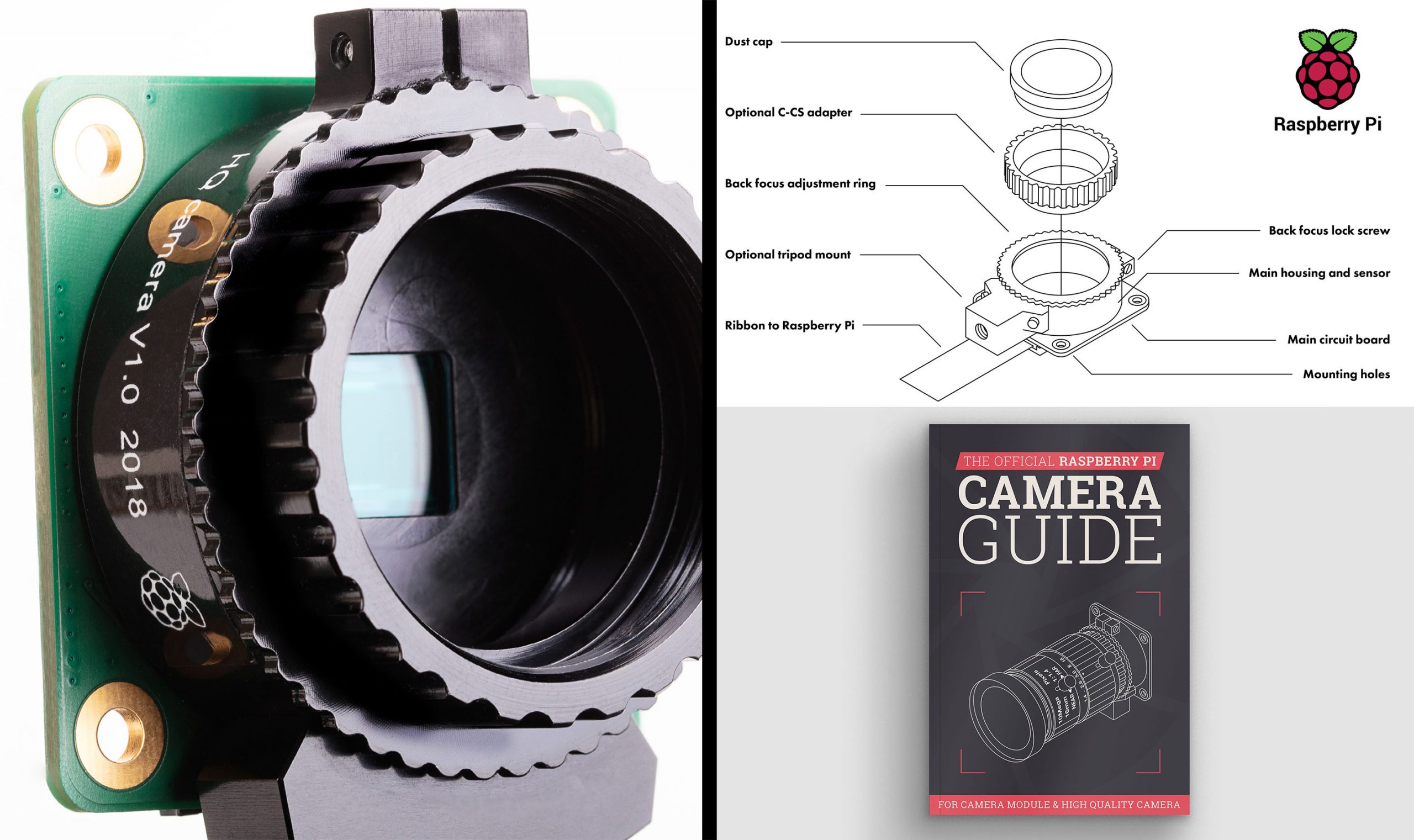 You can now make your own Digital Bolex – well not quite. The sensor is smaller than Super 16mm and there’s not yet a RAW output or processing capability, but the Raspberry Pi camera module marks an interesting step towards accessible camera development for enthusiasts and small companies to enter the cinema camera market, much in the same way Digital Bolex did with their successful crowd funding campaign in 2013.

A future where enthusiasts build their own cine cameras is one I want to see happen, although designing the camera body, firmware and mass-producing it is still a gargantuan task for one person, there are rapid prototyping companies and specialists on call to help if you have the funds from Kickstarter. The job of getting a sensor, lens mount, and associated electronics looks to becoming easier if the Raspberry Pi camera module is any indicator.

Similar to what you’d find in a high-end smartphone like the iPhone 11 Pro, but smaller than a 1″ sensor or Super 16mm. The crop factor is approximately 5.6x rather than the 3x of Super 16mm or 2.8x of 1″ cameras like the Sony RX100 series.

The camera module is capable of a full pixel readout at approximately 4K, at 60fps with 10bit ADC and 40fps with 12bit ADC. The Sony data sheet for the sensor can be found here.

In the specs, Raspberry Pi list “RAW12” as an output format, but there are conflicting reports on whether this means actual bayer raw data or not, and whether you can store it as such to the card via the miniature Raspberry Pi computer.

One day, I dream of buying a Kodak CCD, Super 16mm format or a modern 6K Super 35mm CMOS and designing my own camera.

Hopefully the people who will work on it with me, would have started learning with this Raspberry Pi module. It could inspire a new generation of engineers!

“With so much of the computer industry moving away from hobbyist tinkering, Raspberry Pi is a delightful exception. I don’t know what I’d do with this but I want to do something.”