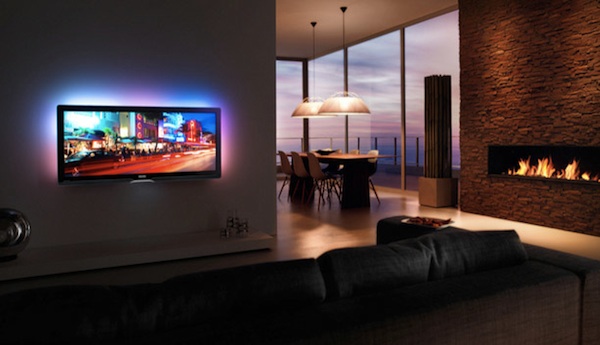 Here at EOSHD I am a big fan of anamorphic footage, I believe true cinema aspect ratios are the future and that 16:9 is a half way house. Rob McLachlan agrees. As a cinematographer he fought for a wider TV standard, but the industry settled on 16:9.

You know the ASC and other artistic bodies really fought that 16X9 decision way back when – they wanted closer to 1:85 or narrower but lost to the manufactures and engineers – SMPTE was the enemy on that one too. That was a fight fought ages ago – you can probably read about it in the ASC mag archives. We’re stuck with 16.9 now – I don’t see it changing – costs too much and took way to long to settle on the last time round.

Now after all these years Philips are releasing a wider format TV for a niche audience of film lovers. It has a 2.39:1 (or catchy 21:9 in marketing speak) aspect ratio. Not 2.35:1 exactly, I have no idea why that is! It also has Ambilight technology. 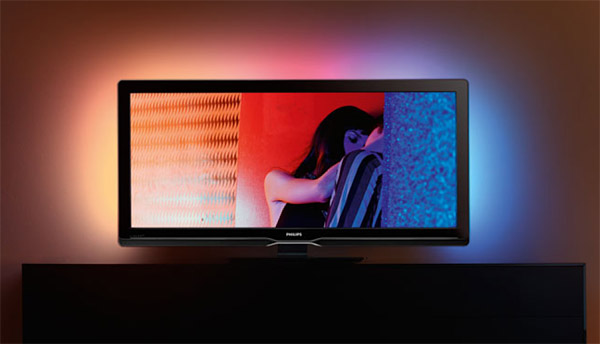 As part of the effort to promote the screen, they have also launched a competition for filmmakers

The screen is a 17bit panel, at 2560x1080p with support for native 24p and 1080p up to 24p. It uses content aware scaling to show standard 16:9 TV broadcasts and game console feeds without distortion. It displays 2.35:1 cinema without black bars and makes the most of it’s large 56″ diagonal frame. Blu Ray movies like Stanley Kubric’s 2001 Space Oddessey look absolutely fantastic on it.

The only downside is that to justify this one-off aspect ratio, Philips have put a premium on the price tag. It’s £4500 in the UK right now. That should change, but still it’s a hefty mark-up. Just as well the specs and performance of the panel are as interesting as it’s shape!

I am still investigating the anamorphic aspect ratios in the GH1’s new custom firmware patch, which you can set to 2160x720p and possibly higher. But it just seems to be upscaling the image from 720p and looks very soft so I will probably fall back on 1080p AVCHD and squash the footage afterwards, without the preview in-camera. Check out EOSHD soon for the anamorphic short, shot with the Isco Centavision anamorphic lens.

Anamorphic is great for the GH1 because it means shallow depth of field on wider shots, giving the GH1 a look which is closer to the Canon 5D Mark II with a fast wide lens.

And a TV like this is hopefully the future – it looks great in your living room. I want one!